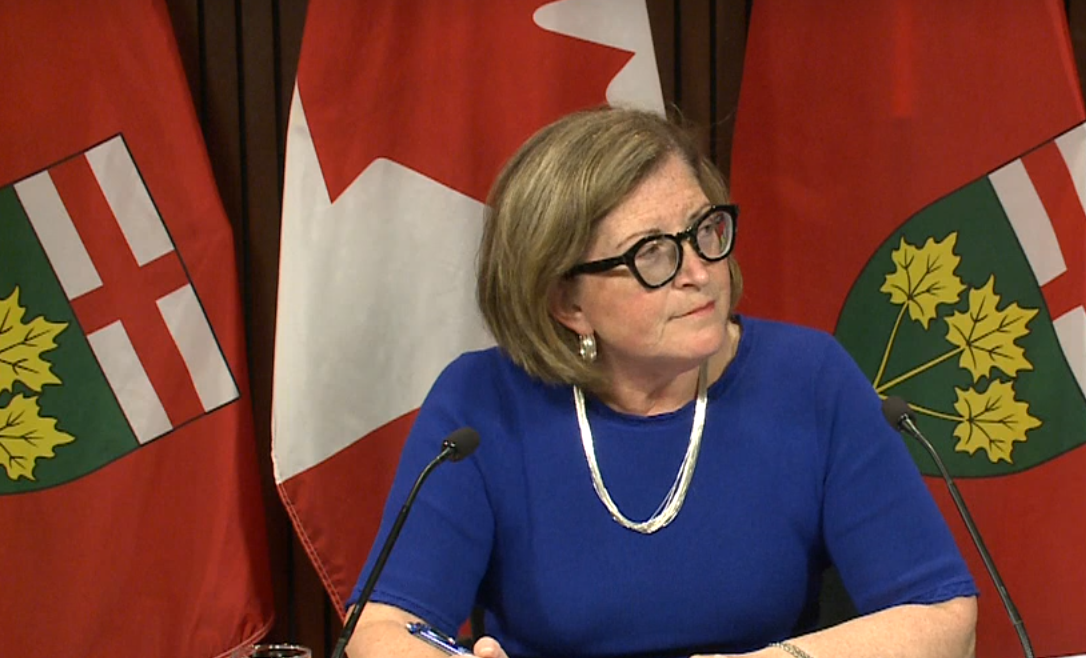 With Ontario’s students now largely learning again after a long hiatus, COVID-19 cases tied to schools are showing up as cases provincewide surpass 400 a day.

School cases are emerging mostly in bigger population centres, such as Toronto and Ottawa, where most of the new cases overall are occurring, according to government data.

The rate of infection at and tied to schools will be a key test of Premier Doug Ford and Education Minister Stephen Lecce’s decision to send children back to elementary classes without reducing their numbers per classroom.

Cases have shown up among both students and staff in a string of mostly elementary-grade Catholic schools in Ottawa. One of them was closed by public health officials on the weekend after two staff and two students tested positive, the first junior school to shutter again after the extended summer break.

The government website tracking school cases and closures has not yet registered that weekend closure, which will show up in Tuesday’s data.

A high school in Pembroke, northwest of Ottawa, was closed last week after three staff became infected. At least one of them had mingled among three classes, the Globe and Mail reported.

Cases are also emerging in a number of school boards in the Greater Toronto Area, including in Brampton, Mississauga and Toronto itself.

“With the rising cases and the circulation of the virus in the community, it is no surprise we are seeing cases in our congregate settings, including schools,” Yaffe said.

Ontario notched 425 new positive cases overall on Monday, the biggest single-day tally in months and part of a distinct move higher in case numbers in the last week or so.

Ontario's schools reported 18 more cases of COVID-19 over the weekend, with a second school closing, as overall cases in the province top 400 again. #onpoli #onted #OntEdOnline

Toronto recorded 175 of those cases, while Peel (which includes Mississauga and Brampton) added 84 and Ottawa had 60.

The rising tally pushed Ford on the weekend to limit the number of people allowed to gather socially to 10 people indoors and 25 outdoors across the province, after initially restricting only those in Toronto, Peel and Ottawa last week.

The province had previously allowed gatherings of up to 50 people indoors and 100 outside.

But the restrictions do not apply in “staffed businesses,” including restaurants, movie theatres, banquet halls and gyms, and are instead designed to go after what Ford has described as “wild parties.”

In schools, teachers and parents complain that students are being packed into classes with 30 or more of their peers, and risk reigniting a larger spread in the broader community, and unions have filed health and safety complaints.

Daily testing is broadly rising after the government last week promised to up capacity so people no longer have to wait in hours-long lines at some testing centres.

But Yaffe said the percentage of tests coming back positive was also “slowly creeping up” and was now at around 1.5 per cent, including more infections contracted in workplaces including restaurants and bars, largely among staff.

The Toronto District School Board appears to still be scrambling to get its teachers, students and curricula aligned as more than 72,000 students elect to attend virtual school, which starts on Tuesday.

“I’m teaching Grade 1 in the virtual school — apparently,” said Laura Tenenbaum, who identified on Twitter as a Grade 8 teacher in the TDSB. “I still have no shell in Brightspace and no class list! I thought school was starting tomorrow!!!! Help!!!”

The board is the country’s largest, with more than 250,000 students in total.

A teacher in the neighbouring Peel District School Board said they still didn’t have their timetable despite the board saying teachers would reach out to their assigned students by the end of last week.

“My students haven't heard from me because I don't know who they are,” said a teacher who identified as Ms. Krispanis on Twitter. “Frustrated, anxious, upset,” she wrote.

The Progressive Conservative government meanwhile said on Monday that it plans to ‘cohort’ parliamentarians into smaller groups at Queen’s Park to ensure the legislature is not forced to close.

“What we want to try to avoid as best as we possibly can is turning this into a Zoom parliament,” government House leader Paul Calandra said, referring to the video conferencing service that has proven popular since the pandemic forced many people to work remotely.

The government will send 35 MPPs into the legislature to face 14 members of the official NDP opposition in three-week cycles, he said. Independents, including the Greens’ Mike Schreiner and a handful of Liberals, will be granted more flexibility, he said.

The premier, Calandra and the ministers of health, education and long-term care will not be assigned to a cohort.