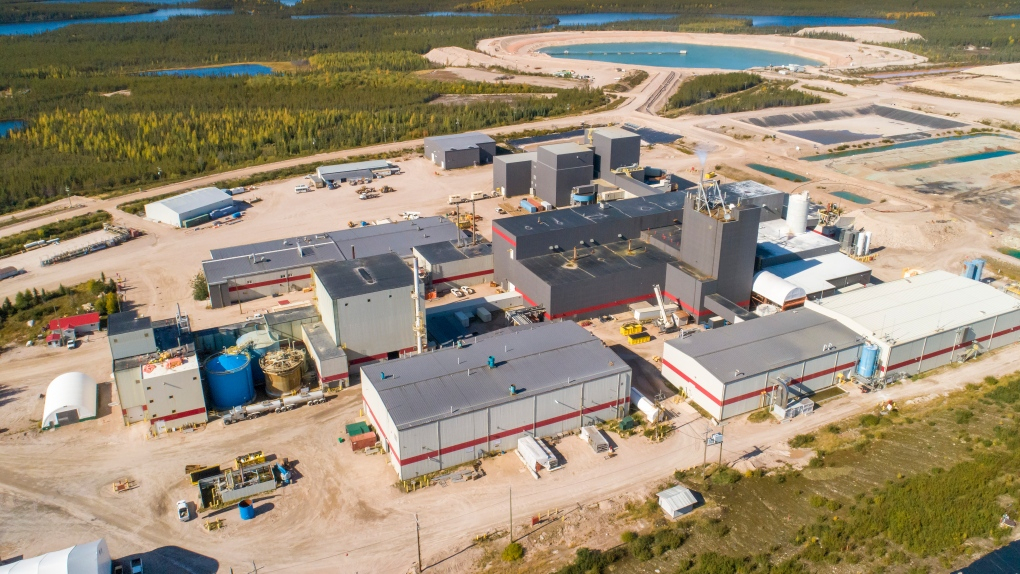 McClean Lake mill is where ore from Cameco's Cigar Lake mine is processed. Photo courtesy of Orano Canada Inc.
Previous story
Next story

Orano Canada confirmed on Sunday that an employee at the McClean Lake uranium mill in northern Saskatchewan has tested positive for COVID-19.

The news comes shortly after the mill restarted production mid-month, following a temporary shutdown in March because of the pandemic.

“The health and safety of our employees is our highest priority,” said Jim Corman, Orano Canada president and CEO.

“While we regret having to share this news, McClean Lake has prepared for this circumstance. We were able to isolate the appropriate people and get them tested as soon as possible.”

McClean Lake mill is where ore from Cameco Corporation’s Cigar Lake mine is processed. Cameco and Orano announced the reopenings in July, with plans to restart production around Sept. 16.

The company said this week the infected employee is in isolation at the mill camp and that the source of the infection was outside the work environment.

The company said that prior to arriving at the site, the employee was not aware of contact that occurred with someone who later tested positive for COVID-19.

Orano says it is following the guidance of the Northern Population Health Unit's Medical Health Officers and that case investigation, contact tracing and testing have been initiated through public health.

Three close contacts of the employee who tested positive have been identified and are isolating at the site.

“While we regret having to share this news, McClean Lake has prepared for this circumstance. We were able to isolate the appropriate people and get them tested as soon as possible,” Orano Canada President and CEO Jim Corman. #COVID19SK @oranocanada

As COVID-19 hit early this year, mounting concerns in northern communities were followed by lockdowns, checkpoints and limitations to travel within northern Saskatchewan.

Cameco and Orano chose to shutter operations to avoid the risks associated with employees flying in and out of remote work camps while living in close quarters. Many employees also come from remote, vulnerable communities that are especially concerned about keeping the virus out.

“These realities would greatly compound the problems a COVID-19 outbreak would present, so we need to take every precaution to ensure we don’t inadvertently become a point of transmission into these communities,” Cameco spokesperson Jeff Hryhoriw told Canada's National Observer in March.

About 50 per cent of the roughly 320 employees and another 240 contractors at Cigar Lake are from communities in northern Saskatchewan.

The number of employees dropped to 75 during the temporary closure, while the workforce at Orano’s McClean Lake mill was reduced from 160 to 50.

Market price for uranium skyrocketed due to the lack of supply resulting from the production slowdown.

“While health and safety are the primary considerations for the timing of our Cigar Lake mine restart decision, there were also commercial considerations, including market-related factors and the impact on our cost structure,” Cameco president and CEO Tim Gitzel said in July.

Orano said that while the company will not be able to make up for lost production over the course of the past months, they are aiming for 4.7-million kilograms of packaged production in 2020.

Employees are eager to return to work but that return comes with changes. As work resumed at the facilities, safety procedures, including pre-screening of employees, mandatory COVID-specific training, temperature monitoring, increased sanitation and isolation procedures were implemented.

“With the continued commitment of our employees and contractors we can maintain our site as a safe and healthy workplace,” Corman said in July.

“We will work with northern community leaders to ensure a clear understanding of our protocols and comfort level with our approach.”