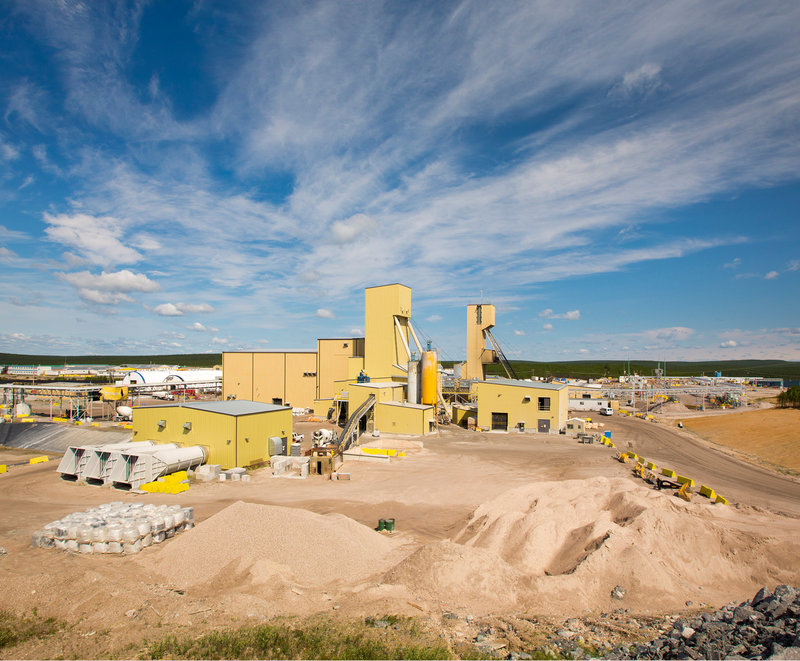 Cameco is planning to restart its Cigar Lake mine in northern Saskatchewan early September, a move greeted with anticipation by employees who have been off work since March.

The Canadian uranium major put Cigar Lake mine, about an eight-hour drive north of La Ronge, into temporary shutdown in March because of the COVID-19 pandemic. Its partner Orano Canada Inc., simultaneously shuttered its McClean Lake mill, where ore from Cigar Lake is processed. As a result, no uranium was mined in Canada during this time, driving supply down and prices up.

Plans to restart operations were met with “cautious optimism” by Brooke Dobni, professor of strategy at the University of Saskatchewan’s Edwards School of Business.

“I don’t think they’re jumping the gun. I think they’re very cautious. They’re more optimistic than they have been in the past. So this is a good sign for the industry and for Cameco,” Dobni said.

Cameco president and CEO Tim Gitzel announced the reopening plan for Cigar Lake along with second quarter results at the end of July.

“While health and safety are the primary considerations for the timing of our Cigar Lake mine restart decision, there were also commercial considerations, including market-related factors and the impact on our cost structure,” Gitzel said.

Dobni told Canada’s National Observer at the time of the mine closures that the price of uranium would likely increase following the shutdown due to decreased supply. Those predictions came true.

“When you’re dealing with a market like uranium, it's feast or famine,” Dobni said Wednesday.

“Their stock price has gone up because the price of uranium has gone up and their revenues have gone up. I still don’t think they’re profitable. They just had their earnings report not long ago and they’ve lost money,” Dobni said.

“When you’re dealing with a market like uranium, it's feast or famine,” Brooke Dobni.

Reopening of the mine and mill mean big changes for northern residents who work there, as well as surrounding communities.

Cameco spokesperson Jeff Hryhoriw told Canada’s National Observer that roughly 50 per cent of the company’s 320 employees and another 240 contractors at Cigar Lake are from communities in northern Saskatchewan.

The number of employees dropped to 75 during care and maintenance. The workforce at Orano’s McClean Lake mill was reduced from 160 to 50.

Orano president and CEO Jim Corman said McClean Lake mill is ready to "shift gears to efficiently move back into production" and that safety measures have been put in place to prevent the spread of COVID-19.

“I’m excited to get back to work. We’ve been off since March so September 16 is our call back date,” Christopher Merasty, who works on the production team at Cigar Lake, told Canada’s National Observer on Wednesday.

Merasty and his full-time colleagues have been getting 75 per cent of their pay since May.

“We’re getting by, but just barely. So it will be nice to get back to work. To get back up to one 100 per cent (pay) and start feeling a bit of normality,” Merasty said.

Merasty said he believes Cameco will have appropriate protection measures in place to guard against the spread of COVID-19 in the workplace and surrounding communities.

“If we remain diligent and continue with the proper protocols from the Saskatchewan Health Authority I’m sure that we’ll be able to overcome the situation and eventually get back to normal.”

Dobni said that for Cameco to announce a reopening plan, the company would have to be feeling confident.

“When they open up something again, they don’t open it up with the intention of closing it down in a year. That’s far too expensive, it doesn't look good. So I think what you’re going to see is a nice slow, steady move in terms of production and I think they’re going to try to maintain part of the supply and demand equilibrium to the extent that they can,” Dobni said.

“What it shows is that there’s somewhat of a resumption to normal operations. They’re still a long ways away from being at capacity but it’s a move in the right direction.”

Uranium deposits in northern Saskatchewan are the highest grade in the world, with a 20 per cent uranium per unit of ore extracted as opposed to the average of 1-2 per cent.

“Cameco has a sustained competitive advantage because of the concentration of uranium in the ore, so they’re going to be around for some time,” Dobni said.

Canada could get caught in cross-fire of U.S. uranium investigation

Wonderful. Another quick buck making the deadliest pollution ever invented.