By Jillian Kestler-D'Amours | News, Politics | October 5th 2020
#907 of 1611 articles from the Special Report: Coronavirus in Canada 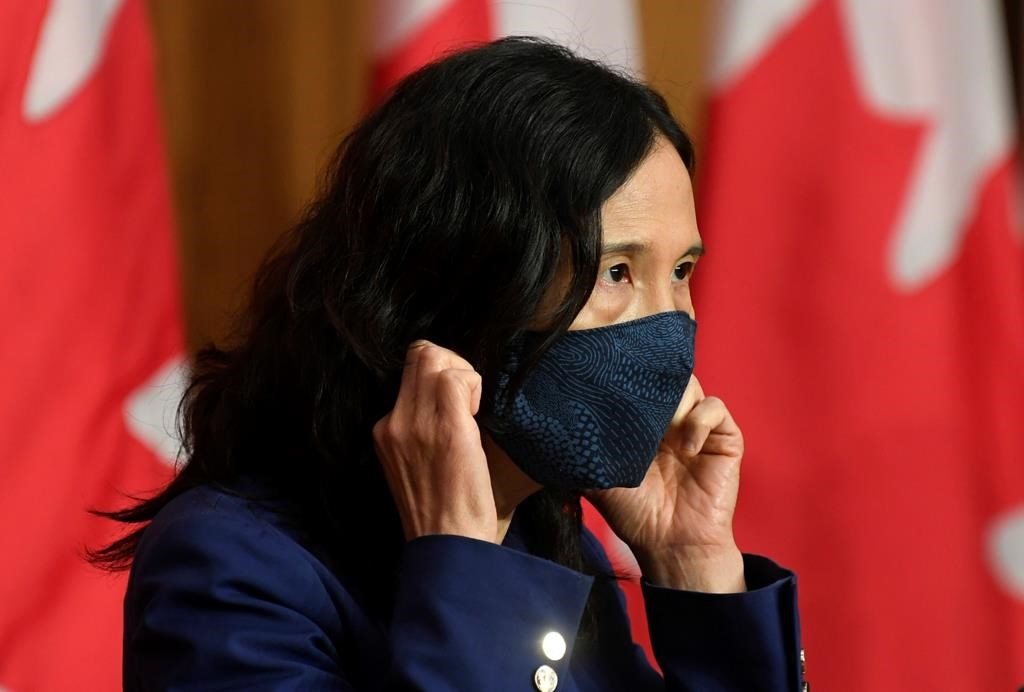 Plan ahead to make sure this year's Thanksgiving holiday is safe during the COVID-19 pandemic, Canada's top public health officer urged on Sunday as case counts continued to soar in several parts of the country.

Dr. Theresa Tam said indoor holiday gatherings of family or friends should be kept small, especially in provinces such as Quebec Ontario where infection rates are highest.

"We've got some serious planning to do," Tam said in a statement released nearly a week before the national holiday on Oct. 12.

"Not the carefree planning we had last Thanksgiving but rather some ingenious Canadian COVID-19 'holiday-hacks' that will ensure there are no viruses invited or passed around at our gatherings."

Tam said people celebrating outdoors should follow physical distancing guidelines and encouraged people to avoid sharing food and other objects during their meals.

She also suggested that Canadians opt for virtual Thanksgiving dinners instead of in-person gatherings.

Her advice comes as new COVID-19 case numbers continued their upward trajectory in several parts of the country, most notably in central Canada, where tighter restrictions have been put in place in recent days to try to prevent the spread of the virus.

Quebec reported more than 1,000 new diagnoses for the third straight day on Sunday, while Ontario has recorded more than 500 cases every day for the past week.

The Quebec government announced plans to move three towns in the Gaspesie region to its highest COVID-19 alert level on Monday, and urged residents to minimize their contacts with people outside their homes.

In Ontario, stricter limits on restaurants, bars and fitness facilities took effect in three main hot spots — Toronto, Peel Region, and Ottawa — this weekend in a bid to halt the surging case numbers in those regions.

The province also has announced other measures aimed at addressing a testing backlog, all of which take effect this week.

The province said the chief and council of the eastern Manitoba community have ordered residents to stay home and only go out for medical appointments and testing. If essential supplies are needed, only one person should venture out to collect them.

Manitoba also reported one new death attributed to the virus, a man in his 50s in the Winnipeg region, who became the 23rd person to die from COVID-19 in the province.

Health officials in Prince Edward Island identified two more cases in that province, attributing both to unspecified travel outside the region. Chief Medical Officer Dr. Heather Morrison said the patients, both men, have been self-isolating since arriving on the Island.

Meanwhile, Canadians struggling with the fallout of the COVID-19 pandemic will be able to start applying on Monday for two new benefits available from the federal government after legislation creating them was rushed through the House of Commons last week.

The first is a caregiver benefit targeting Canadians with young children forced out of school or day-care settings due to the virus. It provides $500 per week for up to 26 weeks to those with children under 12 who can't work more than half-time due to pandemic-related caregiving responsibilities.

The benefit, which is only payable to one worker in a household, is also available to those who can't work because their children or a family member is sick, has to quarantine or is at high risk of COVID-19.

The second benefit is a two-week paid sick leave worth up to $1,000 for workers who can't work more than half the week because they have contracted COVID-19 or have an underlying condition that puts them more at risk of the illness.

Starting on Oct. 12, Canadians will also be able to start applying for a third program which replaces the $500-per-week Canada Emergency Response Benefit that has formed the main support for Canadians unable to work due to COVID-19.

This report by The Canadian Press was first published Oct. 4, 2020.

Canada is running out of time to prevent COVID-19 resurgence