In Waterloo they're looking for nature's deepest and weirdest secrets 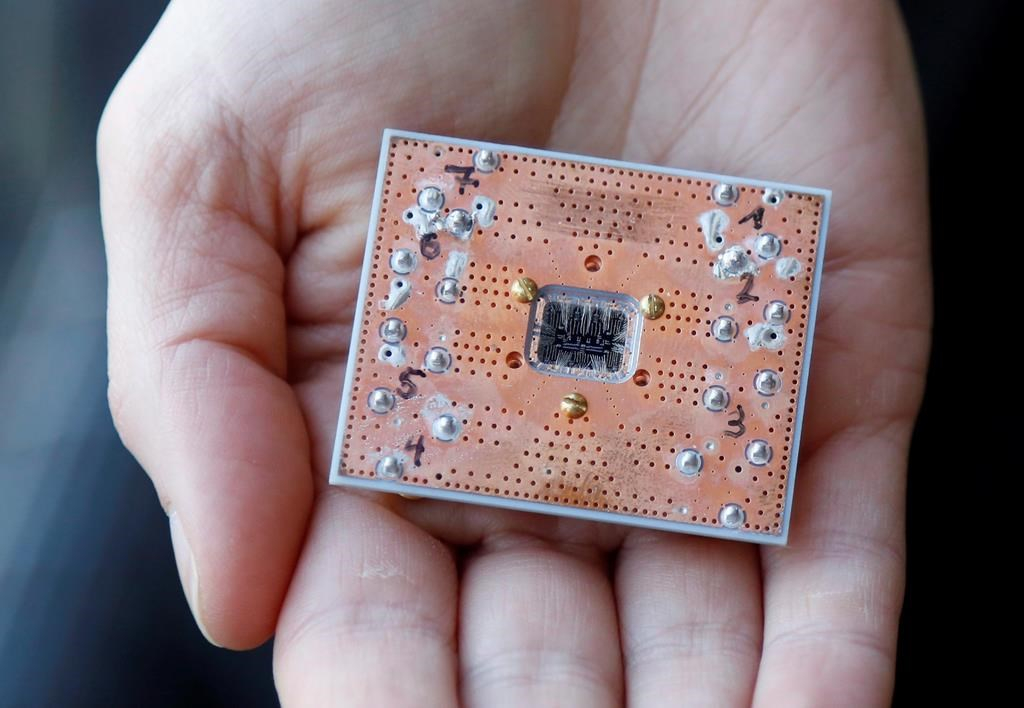 Tim Hsieh, a theoretical physicist, pauses when asked what he studies for a living.

"It's pretty tricky, to be honest," acknowledges Hsieh, a faculty member at the newly created Clay Riddell Centre for Quantum Matter at the Perimeter Institute for Theoretical Physics in Waterloo, Ont.

"It's kind of a different way of thinking about physics. Quantum matter is a very different philosophy."

But there's no hesitation when he talks about the possibilities that may emerge from the brains and blackboards at the centre.

"This is one of the most open-minded places I've ever been."

The centre is the result of a $10-million donation announced this week from the Riddell Family Foundation set up by Clay Riddell, who was a Calgary businessman and philanthropist.

It's the largest single donation since the institute's founding two decades ago. The money will aid Canadian researchers to probe some of the deepest and strangest properties of the world within the atom — and, maybe, make breakthroughs toward a next generation of supercomputers or impossibly efficient power grids.

Quantum mechanics is what happens to physics when it gets really, really small, said centre director Rob Myers.

"When you go to the scale of atoms or even smaller, the rules of how the universe works change."

Predictions go from certainties to probabilities. Seemingly unconnected particles affect each other in ways Isaac Newton never dreamed of and that Albert Einstein once called "spooky action at a distance."

Understanding that spooky action is what scientists like Hsieh and others at the new centre are doing. The results, said Myers, will be profound.

Tim Hsieh, a theoretical physicist, pauses when asked what he studies for a living.

Quantum computers will be able to do calculations that would take traditional computers thousands of years. Ultrasensitive quantum sensors could reshape medicine or environmental monitoring.

Quantum cybersecurity could be virtually unhackable. Quantum-based superconductors could transmit electricity without losing any of it.

The institute has already been an integral part of research that brought the world its first images of a black hole.

But the best stuff probably hasn't even been thought of yet, Myers said. Think of how cellphones — science fiction a generation ago — have changed society.

"We hope the theoretical work we're doing here builds the foundation for the cellphones of the future. (Our scientists) are thinking about the big questions and swinging for the fences."

Hsieh said his work, day to day, isn't that grandiose. He reads others' research and confers with both theoretical and experimental colleagues.

"Also, a lot of daydreaming," he said, "hopefully constructive. It's a very non-linear process. You just keep following your nose and what you think is fundamentally interesting."

The value of places such as the new centre is in bringing people together who are looking at similar phenomena from different angles and letting them work things out, Hsieh said.

"When you bring together a group of people, you have a lot of inspiration from ways of looking at the same material … a lot of flow of ideas."

The institute and its new Riddell Centre are one of very few places in the world where this kind of work goes on, he said.

"People (here) have no boundaries and they're very willing to listen to your work," said Hsieh. "When you couple that to this field of quantum matter, you really get a lot of potential for breakthroughs with high, real-world impacts."