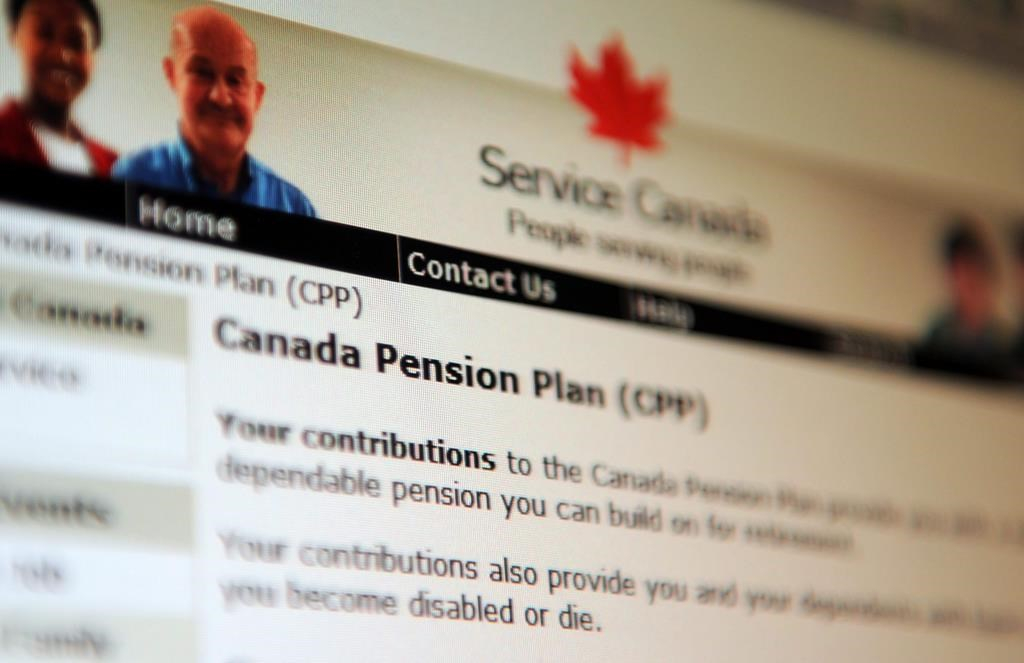 Information regarding the Canada Pension Plan is displayed on the Service Canada website in Ottawa on Tuesday, Jan. 31, 2012. THE CANADIAN PRESS/Sean Kilpatrick
Previous story
Next story

TORONTO — A U.S. environmental group is making a direct appeal to Canadians for help in persuading the Canada Pension Plan to end its investment in a Colorado-based oil and gas company due to safety and pollution concerns.

In a five-minute YouTube video by an organization called 350 Colorado, residents of Boulder ask Canadians to pressure CPP Investments, which manages billions of dollars for the Canada Pension Plan, to stop investing in Crestone Peak Resources, which they accuse of polluting their air and water.

"Dear Canada. Tell the Canada Pension Plan to stop investing in fracking next to homes, schools and playgrounds," says one of several unidentified women in the video.

"Tell the Canada Pension Plan to protect our health and environment in Colorado," says another woman.

The video is one of several recent attempts to draw the attention of Canadians to Crestone specifically and CPP’s involvement in the oil and gas industry generally.

A statement from CPP Investments said community relations is an important responsibility of management at its operating companies.

"We expect companies to achieve very high standards of conduct, well above and beyond legal requirements," the statement says.

"Crestone has worked co-operatively with local governments to create tailored agreements that supplement their efforts to operate safely, responsibly and with respect for the environment, while minimizing impact on the community."

However, 350 Colorado spokeswoman Deborah McNamara said Crestone Peak has come under intense scrutiny by local communities because of its hydraulic fracturing — a method of extracting oil and gas by using pressurized water, sand and chemicals to crack the surrounding rock.

"Furthermore, those of us who are impacted argue that the current rules aren’t protective enough and we are fighting tooth and nail to shift that here in our state," McNamara wrote.

CPP Investments owns about 95 per cent of Denver-based Crestone Peak, which residents of Boulder, Colo., accuse of polluting their air and water.

CPP Investments owns about 95 per cent of Denver-based Crestone Peak, which includes assets bought from Encana Corp. in 2016.

Crestone Peak focuses on the acquisition, exploration, development and production of oil and gas reserves in the Rocky Mountain region.

Colorado Supreme Court to decide whether cities can ban fracking

No doubt CPP's investment portfolio is riddled with trash, from past investment mistakes that they have somehow papered over and hide in dark corners. All the large investment institutions actually have trouble finding remunerative and morally/ethically probitive investments. It is a problem requiring delicate tiptoeing through the vagaries of financial chicanery, the volatile markets, and the changing climate (literally) humanity is wreaking upon the earth.

Financial markets are inherently prone to misconduct and malfeasance simply by the nature of the imperative to raise funds for varied and ill-regulated human enterprise, and the allied imperative to make that fundraising profitable for others.
I understand the Colorado protesters but the intricate interlocking of markets, profits, and humans' inability to manage cosmic chaos will always drag like parasites on all our endeavors.