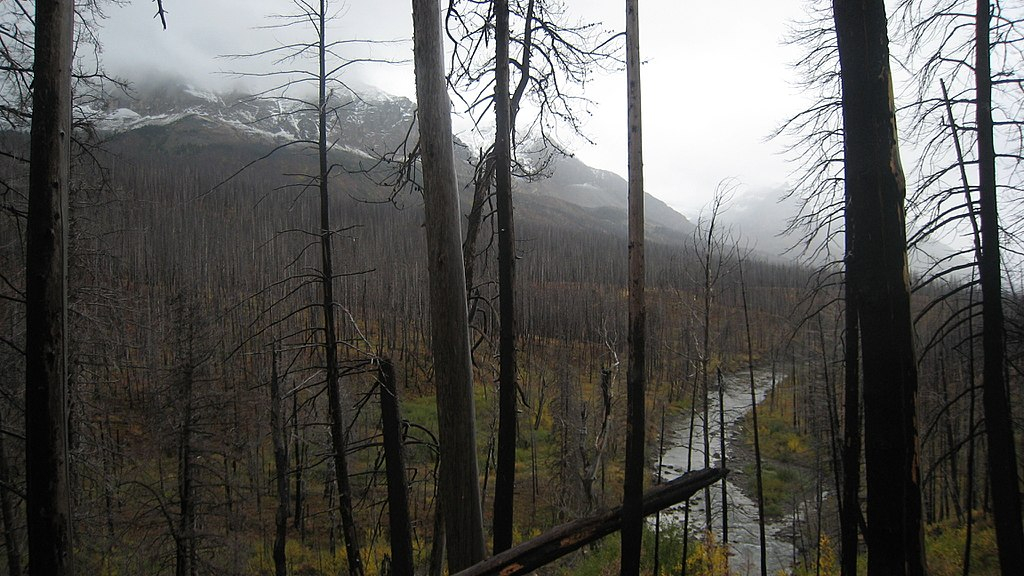 Fire morels, one of B.C.'s most commercially important wild mushrooms, thrive the spring after a forest fire. They're among the non-timber forest resources many First Nations are trying to regulate. Photo by Spenceregan7/Wikimedia Commons
Previous story
Next story

Jordon Gabriel is trying to manage who harvests wild mushrooms on the Líl̓wat First Nation’s lands. Wild mushrooms, berries and other non-timber forest resources growing in the understory of B.C.’s forests have largely been ignored in the provincial government’s forest management decisions.

It’s a regulatory gap that some First Nations in the province have been stepping in to fill — a move both highlighting the value of forests beyond the trees and increasing First Nations’ jurisdiction over their land.

“(We’d) like to regulate it so that we can protect the understory, so that mushrooms continue to come back,” said Gabriel, co-manager of Líl̓wat Forestry Ventures, a forestry company run by the Líl̓wat First Nation.

Nor is the Líl̓wat First Nation alone. Several First Nations across B.C. and the Yukon have started to regulate who can harvest wild foods from their lands, especially for commercial use. It’s a big shift, particularly compared to the province’s current laissez-faire approach that lets anyone harvest anywhere on Crown land, which is about 94 per cent of the province.

“When we look at managing the forest in our forestry department, we look at it sustainably,” said Klay Tindall, a colleague of Gabriel’s at Líl̓wat Forestry Ventures. “We look at what inventories of wood are out there, what we can log and what we’re keeping behind. We don’t feel like that’s being done with some of the other resources out there, specifically these botanical resources.”

B.C.’s forests have historically been managed almost exclusively for timber, the root of the province’s $30-billion forestry industry. That’s left non-timber forest resources such as wild mushrooms and berries, and the understory ecosystems that support them, largely sidelined in forest management decisions.

And that has left a data dark hole when it comes to non-timber forest resources, making it difficult to get a sense of the industry’s scale. A 2010 study found that between 1995 and 2005, roughly $3.5 million worth of chanterelle mushrooms were exported to Europe annually. Other researchers noted that between 2000 and 2003, about $20 million worth of pine mushrooms, or matsutake, were sent to Japan each year. And a third team found that B.C.’s Kootenay Boundary huckleberry harvest is worth between $91,000 and $685,000.

“We don’t necessarily know where the mushrooms grow, how old the stands need to be, those types of things. (And) it’s really hard to develop a mushroom strategy without knowing the proper inventories,” Tindall said.

It’s a knowledge gap the nation is working to fill, in part to provide baseline data for a planned permitting system for commercial and recreational harvesters on their land.

“You’ve got more and more people tramping around, you’ve got First Nations where this is an economic driver, and some First Nations now have gone out and (established) mushroom permits,” said William Nikolakis, a lawyer specializing in Aboriginal and natural resource law and a professor at the University of British Columbia. He has worked closely with the Tsilhqot’in National Government, which established a wild mushroom harvesting permit in 2018.

“(We’d) like to regulate (the understory) so that we can protect the understory, so that mushrooms continue to come back,” said Jordon Gabriel, co-manager of Líl̓wat Forestry Ventures, a forestry company run by the @LilwatNation.

It’s an approach Nikolakis said doesn’t sit well with many First Nations because it lets Canada — not First Nations — limit the scope and scale of Aboriginal rights. And typically, the courts “define these in very static terms and (freeze) them in time.”

“So many First Nations are going around (anyway) and exercising their rights and laws in their own way, giving expression to their own laws.” And that includes regulating who can harvest mushrooms on their land.

It’s an approach Kukpi7 Ron Ignace, chief of the Skeetchestn Indian Band, took following the Elephant Hill wildfire, which ripped through the First Nation’s traditional territory in 2017. Anticipating a rush of mushroom pickers seeking fire morels — which only grow the year after a wildfire and are one of B.C.’s most important commercial species — he partnered with other Secwépemc communities and the Ts’kw’aylaxw First Nation of the St’at’imc Nation to establish a permit system for harvesters.

“(The mushroom pickers and buyers) had to have a permit in order to be allowed to pick mushrooms because it’s like thievery ... if they don’t pay us for what they’re doing on our land,” Kukpi7 Ignace explained.

“We told them (about) the environmentally sensitive areas they cannot go to, the cultural heritage sites that they cannot disturb, and we set up a camp for them to stay in (rather) than being scattered throughout the forest.”

Overall, he said, the system was well-received. A single buyer refused to pay the permit fee; many pickers and buyers appreciated the garbage disposal, outhouses and search and rescue service the First Nations provided in exchange for greater oversight. And the province was generally supportive, going so far as to specify in subsequent publications about the morel industry that a permit was required to harvest in the Elephant Hill area.

It’s an approach — and assertion of Secwépemc jurisdiction — that Kukpi7 Ignace plans on expanding beyond wild mushrooms to the entire forest through a partnership with Brinkman Reforestation Ltd and Forest Foods Ltd.

“What we’re looking to do … is to rebuild the forest not as a monoculture — which it is today, by and large through tree plantations — but to rebuild it in a biodiverse way.”