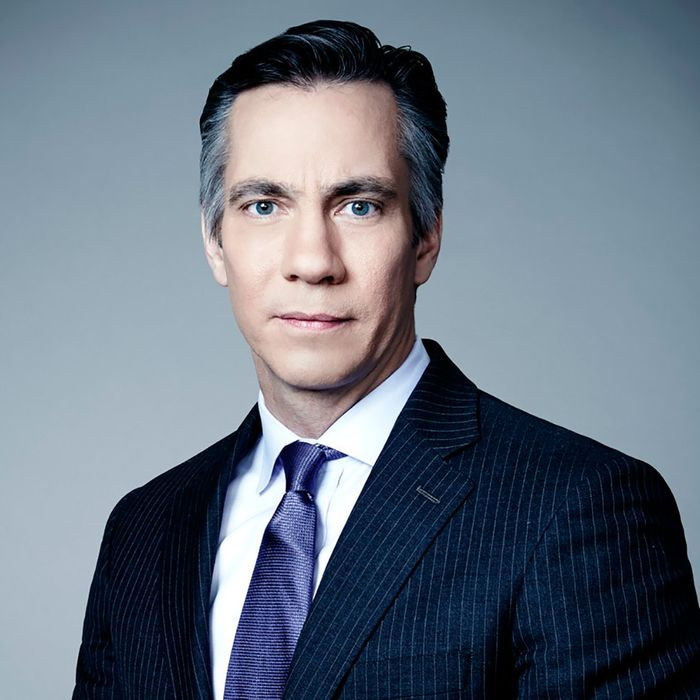 A second term for President Donald Trump could spell “enormous consequences” for America’s allies, including Canada, one of the United States' most senior national security journalists says.

Sciutto made the remarks Wednesday in a lengthy conversation with Linda Solomon Wood, editor-in-chief of Canada’s National Observer, during a public online event. The conversation revolved around Sciutto’s book on the president’s foreign policy, The Madman Theory: Trump Takes on the World, published in August.

The veteran anchor said he bases his remarks on extensive interviews with high-ranking members of the Trump administration and intelligence agencies, which he conducted while writing the book.

“From folks in the national security community, things that were half-measures in the first term become full measures in a second term,” Sciutto said. “It would not be good for U.S. allies, unless those allies are doing what he wants them to do at any particular moment … on a whole host of things, there are enormous consequences.”

Sciutto, 50, said the book is based on interviews with current and former insiders in Trump’s national security and intelligence community.

According to the book’s publisher, HarperCollins, Sciutto leveraged his access to a “wide swath of current and former administration officials to assemble the first comprehensive portrait of the impact of Trump’s erratic foreign policy.”

“It would not be good for U.S. allies, unless those allies are doing what (Trump) wants them to do at any particular moment," journalist and 'Madman Theory' author @jimsciutto said in conversation with @Linda_Solomon #cdnpoli #election2020

Sciutto’s goal was to ascertain whether there is a rationale or pattern to the president’s foreign policy. The CNN correspondent described Trump’s frequent and often inaccurate boasting, glaring inconsistencies, attempts to gain advantage and leverage over others, insults and sudden threats against or concessions to other countries seemingly “out of the blue.”

“As commander-in-chief, (he’s) keeping adversaries on edge by being unpredictable,” said Sciutto, a two-time Emmy winner for his work in Iraq, where he was the only U.S. reporter allowed to embed with American Special Forces units.

The notion that unpredictability can work to a statesman’s advantage is nothing new.

It even has a name: the so-called “Madman Theory,” which originated in the Cold War under disgraced former president Richard Nixon. Nixon hatched a scheme to convince enemy countries he was unpredictable and possibly even unstable — crazy enough to launch a nuclear strike or to invade.

It was “a tool of exercising power on the international stage, which is to convince your adversaries you're unpredictable. Maybe a little nuts … and might go further than they might imagine,” Sciutto told Canada’s National Observer.

But Trump has added “innovations” to the theory of an unpredictable leader, the CNN anchor said, and that bears deeply on how the U.S. election might impact Canadians.

The Nov. 3 U.S. election is imminent, and despite polls showing a strong Democratic lead, Sciutto reminded the audience that in 2016, the polls and experts’ predictions were unreliable.

So for many Canadians asking what the re-election of Trump might mean for their country, Sciutto said to brace for even more erratic foreign policy from the president and watch out for Trump’s far-right sympathizers, whose numbers are growing in Canada, too.

Sciutto cited Trump’s televised remark about the extreme-right group the Proud Boys — “Stand back and stand by” — and ambiguity around the kidnapping plot against Michigan’s Democratic governor as examples of his ability to influence and inspire more extremist followers without overtly directing them. That, Sciutto said, presents real fears if Trump loses the election.

“Some of this is cross-border,” he said. “The views are similar: anti-government, white supremacist, it's conspiracy-theory driven … it feels like (Trump’s) more a guiding light to folks here (in the U.S.), so I don’t know to what degree Canadian groups, too, but it’s a concern.”

Sciutto also revealed he has a little-known journalism connection to Canada — his first reporting job was at the CBC in Montreal.

“I always hold Canada and Canadians very close to my heart,” he said of that experience.