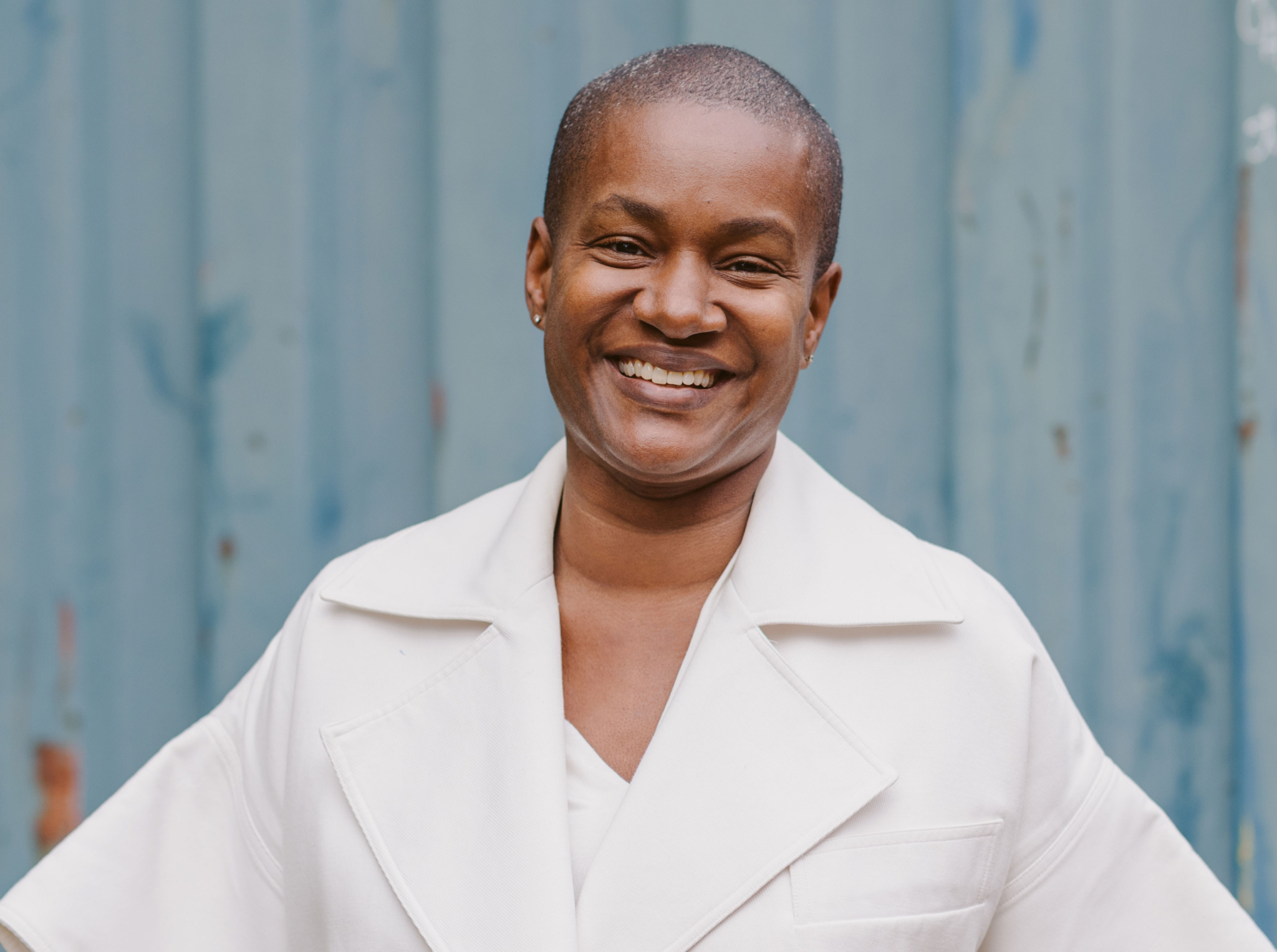 “We do have a myth here in Canada that we actually are leaders on the climate ... and we are not,” says Green Party of Canada Leader Annamie Paul. Photo by Rebecca Wood
Previous story
Next story

Annamie Paul, the newly minted leader of the Green Party of Canada, isn't here to pull punches. Paul was sharp when discussing the country’s environmental and political predicaments on Thursday evening with Canada’s National Observer editor-in-chef Linda Solomon Wood, and though Paul has a game plan to take the country out of the environmental red, she had some hard but vital truths to share with Canadians.

“Canadians don’t like to hear it, and I don’t like to say it, but even under Donald Trump, the Americans did a better job at tackling the climate emergency over his four years than Canada did,” Paul said during the public conversation via Zoom. “Canada remains … one of the worst emitters per capita in the entire world.”

Those twin facts are likely sobering — if not altogether shocking — for Canadians who have watched the U.S. president trample over sense and science in the face of a climate crisis that continues to enact devastating weather events on Americans. But Paul noted despite the president’s lethal rhetoric, most states have been “quietly and consistently” following their own protocols to reduce emissions. California, which has dealt with “outright warfare” from the president’s administration, is the case upon which president-elect Joe Biden has built some of his climate policy, including carbon-free energy by 2035.

“We do have a myth here in Canada that we actually are leaders on the climate, or that we’re cleaner than the United States, and we are not,” said Paul. “We need to be honest with ourselves about where we’re at so that we can get where we want to be.”

Paul observed that Biden and vice-president-elect Kamala Harris have forwarded policies, including a carbon border adjustment, that put them at “the vanguard of thinking” on climate policy. Other Democratic leaders, like fan favourites Alexandria Ocasio-Cortez and Bernie Sanders, have been advocating for the aggressive Green New Deal with growing support. Canada, said Paul, needs to play catch-up.

“We still have a chance to be leaders,” said Paul. “But we don’t have that much time left. Now it’s our chance to do the work.”

Paul was voted leader of the Greens on Oct. 3, and has taken the reins under the most perilous of conditions. Like all other Canadians, Paul and her party are facing compounding social, political and economic disasters, all unfurling beneath the hulking, inescapable spectre of an increasingly severe climate crisis. Canada is now seeing a record-smashing nationwide spike in COVID-19 cases, while unemployment in our largest cities rises and relief isn’t on the horizon. The stakes could hardly be higher.

Paul seemed on Thursday evening to embody a sort of tonal antidote to these and other existential crises. Rather than divert into huffy admonishments or partisan sniping, Paul preached the importance of cross-party co-operation to develop solutions. Paul explained that this approach isn’t particularly revolutionary, but rather a tradition in times of crisis.

“We do have a myth here in Canada that we actually are leaders on the climate, or that we’re cleaner than the United States, and we are not,” Green party Leader Annamie Paul said Thursday in conversation with Canada's National Observer.

“I want us to do what we have done at various moments in our history, in a way that has created more safety and security for people in Canada,” she said. “I want us to come together and agree that this is the right thing to do, and I would say that we’ve never been closer to that than we are now.”

Paul cited the popular support for a guaranteed livable income — one of her key policy points — as an example of a material opportunity that could be implemented by an inter-party coalition. Often referred to by other monikers, like universal basic income, the concept of state-funded income dates back to the 1500s, and was championed by the likes of Martin Luther King Jr. and Buckminster Fuller. The programs have sometimes been co-opted in theory and structure by neoliberal politics, which demand that in order to receive the income, one must demonstrate utility and desire to work.

In recent years, the idea of a guaranteed livable income — livable being a lexical distinction articulated by grassroots groups to imbue the program with dignity and autonomy — has grown in popularity as advocates and political leaders continue to identify it as a means of eradicating poverty, homelessness and other conditions of social neglect.

But despite the Liberals’ apparent support for the program, it was absent from Prime Minister Justin Trudeau’s throne speech. The missing link in getting it off the ground, said Paul, is “the political leadership to get it over the finish line.”

“I think that there is just a lack of vision,” she said, wondering whether Trudeau’s Liberals see the required negotiation and collaboration as too big a task. “Unfortunately, in general, our party structure tends to stifle big ideas. We need more Greens elected because we’re not afraid of those big ideas.”

Paul was firm, however, that she can’t do this work alone. “I do not have all the answers,” she said. “I did not magically get a box of them the day that I won the leadership.”

The honesty is welcome and strangely satisfying during a year of increasing confusion with government messaging. Though Paul has not yet proven her policy plans, and currently doesn’t hold a seat in Parliament, the blunt truth of the matter is that we — as a country and a planet — have only a select few paths to weather these crises. We can no longer afford the norm.

“To arrive at a different destination,” said Paul, “we have to make different choices to get there.”

I'm quoting a sentence from

I'm quoting a sentence from the above article:"Though Paul has not yet proven her policy plans"
please note that a Green Party leader does not make policy, the grassroots members do so referring to any policy plan as belonging to Paul is misleading.
Please correct.

I'm not so sure that, as Ms

I'm not so sure that, as Ms Paul states, "most states have been 'quietly and consistently" following their own protocols to reduce emissions." That would be, at a minimum 26 states. And would include a lot of states dominated by the Republican party, which has consistently opposed any action on the climate crisis. Some states, sure. But "most"? Can this be verified? And, in any case, comparing the action of American states to that of our federal government is a bit like apples and oranges. Wouldn't the relevant comparison then be to the actions (or inactions) of Canadian provinces?

True, probably not "most

True, probably not "most states", although "states containing the majority of the US population" might be more plausible.
The broader question, though, is the trajectory of greenhouse gas emissions over that period of time, and it would not surprise me at all if Canada was even worse than the US over that time. More specifically, it would not surprise me if Alberta and to some extent Saskatchewan's vast increases wiped out all the smallish attempts at progress in some other places. And then, Ford has set Ontario up for some slippage, and Ontario is the most populous province, while in BC the NDP are doing some decent things but are trying to push LNG which, if it ever gets off the ground, will wipe out any other progress they make.

Mind you, even in California, the governor talks climate with one side of his mouth while authorizing lots of oil drilling and fracking with the other. So I'm not entirely convinced of the climate rectitude even of Ms Paul's poster state. If we're managing to suck harder than the US on climate, it's by dint of some pretty strong efforts to do it wrong.