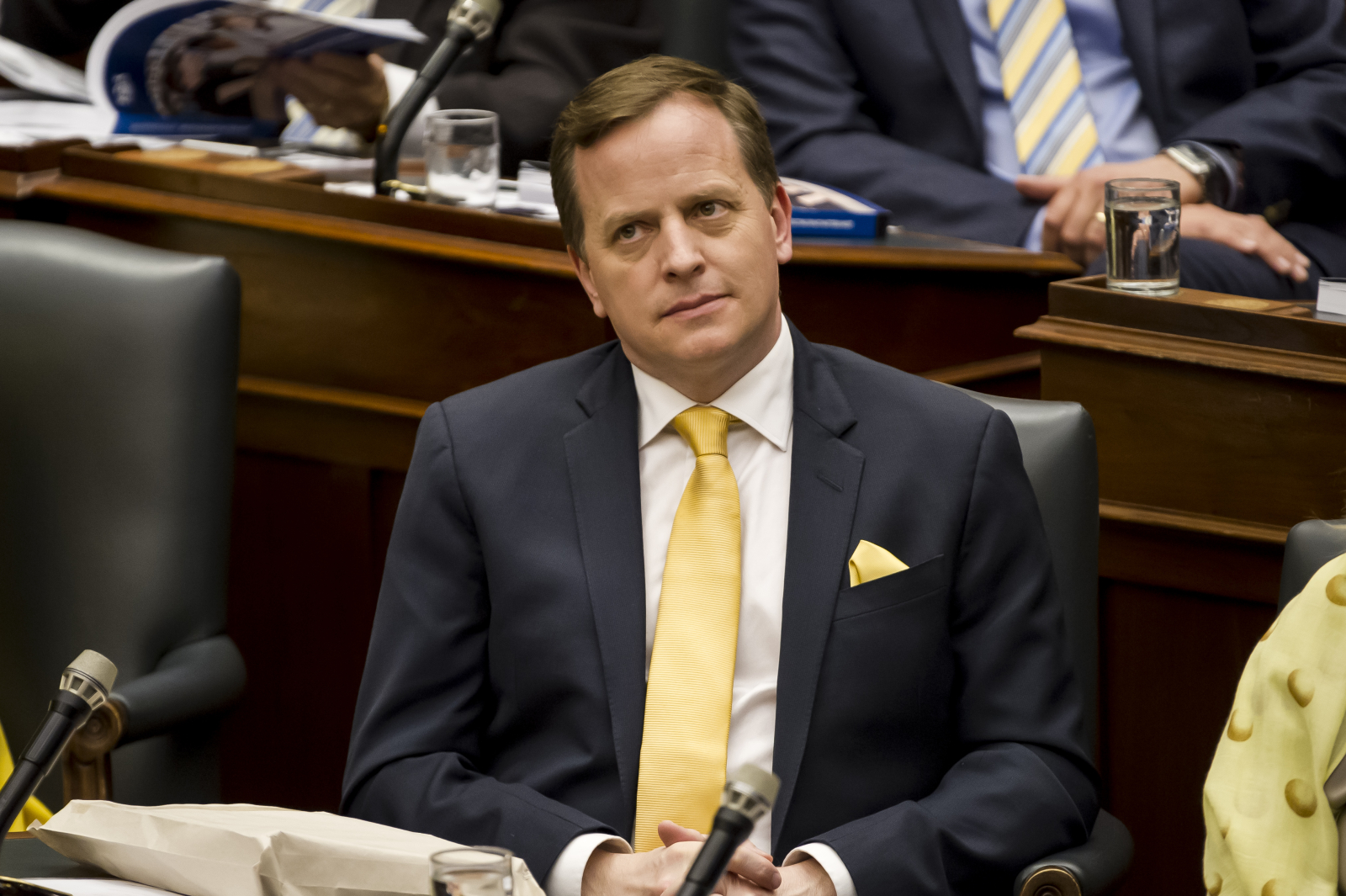 Ontario Environment Minister Jeff Yurek at Queen's Park in 2018. On Wednesday, Yurek said he was "proud" of his ministry's work in spite of four scathing environment-related reports issued by the auditor general. File photo by Christopher Katsarov
Previous story
Next story

After Ontario’s auditor general released a blistering set of reports Wednesday on the state of the environment, opposition parties slammed the provincial government’s failure to act on the file.

“I would be embarrassed to be any government and receive the kind of rebuke this government received from the auditor general,” said Ontario Green party Leader Mike Schreiner.

But in response to a question from Tabuns in question period Wednesday, Environment Minister Jeff Yurek said he was “proud” of his government’s work on the environment.

Later, speaking to reporters, he insisted the government had fulfilled its legal duty to uphold Ontario’s Environmental Bill of Rights, even though the auditor general found the Environment Ministry had failed to do so with nine of 16 metrics included in the audit.

“We have met all our legislative requirements,” Yurek said.

According to the reports, not only is the government not following environmental laws ⁠— and in one case, shielded hundreds of proposals from public scrutiny by citing COVID-19 ⁠— it is also not collecting enough data to know if endangered species are being protected, Ontario Parks is lacking scientists and the province is at risk of missing its 2030 emissions reduction targets. Ontario is failing to conserve protected lands, inappropriately opening up wilderness areas for resource extraction and allowing logging in Algonquin Provincial Park, the reports noted.

“You would expect everyone, when there’s laws in a province, to follow the laws,” Lysyk said Wednesday, calling the government’s failure to do so “concerning.”

Speaking to reporters, Yurek blamed many of the problems Lysyk flagged on previous governments, echoing a concern she raised in the reports. He also said the government had done its best amid COVID-19.

“There's quite a bit of systemic issues within the Ministry of the Environment, Conservation and Parks and, you know, that stems (from) years, possibly decades of things not changing,” he said. “And, you know, we're going to take a look at those issues that she's pointed out, and over the next year, work to fix those systemic issues.”

The @OntarioAuditor has said that there are NO targets for:
- Conserving water;
- Decreasing hazardous and toxic substances in products;
- Improving the water quality of lakes;
- Protecting and recovering endangered species.

You can’t track what you don’t measure. #Onpoli https://t.co/QQNmF4f27j

“The auditor general told us what we already knew: that the government does not have a plan for the environment,” he added.

The Ontario Green party’s new deputy leader, former environmental commissioner Dianne Saxe, said in a statement that the government is attempting to “undermine and destroy everything that protects the natural systems on which our lives depend.”

“I’m frightened,” the statement said. “You should be too.”

“This year’s auditor general report confirms that Ontario’s promises to protect and preserve our environment are hollow,” the non-profit Environmental Defence said in a statement Wednesday.

“Ontarians should be outraged.”

This story was updated to clarify that both Lysyk and Yurek said raised concerns about longstanding systemic issues, and that Yurek also mentioned COVID-19 as a factor.

Yes, I am outraged! There is

Yes, I am outraged! There is something wrong in the way that democracy works: once a political party, or even simply a party leader is elected, they can flaunt any law without impunity, save possibly failure to get re-elected, as just happened to Trump in the USA. Meanwhile, lots of damage can be done, against the will of the people.

Can anyone find a way to resolve that problem?

Sadly, under our current

Sadly, under our current system, there can be no resolution until such time as the sitting government is thrown out of office by the electorate. So much power has, over the past few decades, been invested in the Premier's Office that the caucus and cabinet have little influence to thwart the Premier and his unelected advisors. This is a situation that prevails in every province and at the federal level in the PMO. As is increasingly the case in the United States, we are also experiencing government by executive fiat rather than by the people. I am of the belief that an electoral system based on proportional representation would definitely dilute the power of the Executive, which would by necessity be forced to be more accountable to the people. Until there is electoral reform, we shall continue to endure a situation in which a political party obtains a majority of seats with a minority of support from the electorate. Today, in Ontario, the result is a Conservative government that consciously fails to conserve and will continue to do so.

More than merely failing to

More than merely failing to conserve, this Conservative government is assiduously sabotaging conservation by all available means, legal or illegal.

The Auditor Generals report lays out many significant items that need action. Will this government do anything, or for that matter any government in power. Not likely, especially in the current COVID-19 pandemic. Poor excuse in my estimation.

The only effective solution we have is when a government is up for election, not a good one. Perhaps a petition may work, pressure from citizens is the only option we have at the moment.
Sad state of affairs in Ontario and Canada for that matter.

"Environment Minister Jeff Yurek said he was 'proud' of his government’s work on the environment." What an excellent (and tragic) example of Trumpism infecting Canadian politics. An American friend calls it pignorance -- pretend ignorance. Please, Ontario, turf these ecologically illiterate, money-grubbing bums, and do it fast. Use your MPP recall legislation! Take back your power and your province from these neoliberal, everything-is-about-money fascist-leaning punks.
https://www.ola.org/en/legislative-business/bills/parliament-41/session-...