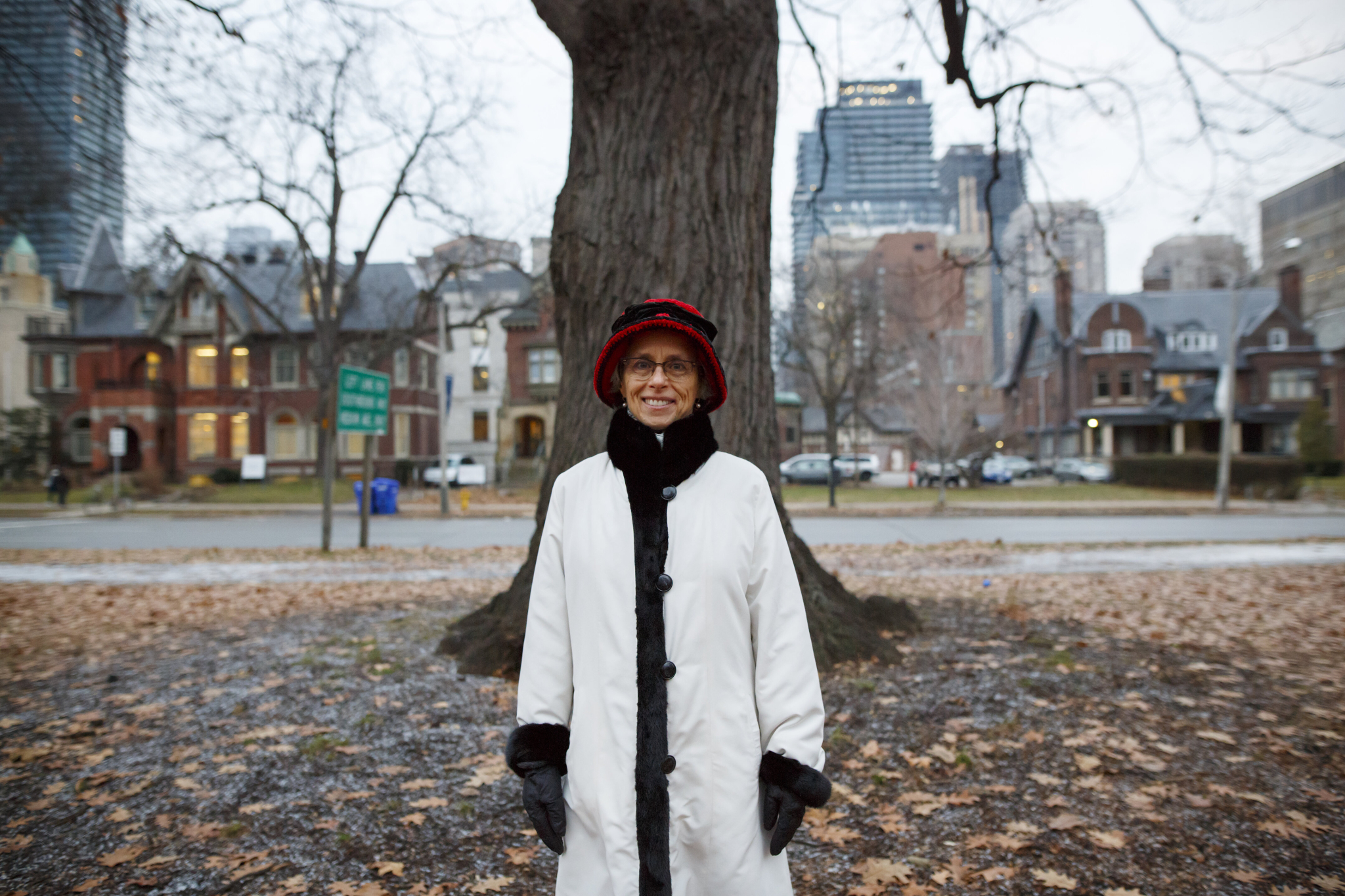 Dianne Saxe, who was Ontario's environmental commissioner from 2015 to 2019, will run for the Ontario Green party in the next provincial election. File photo by Cole Burston
Previous story
Next story

Saxe held the non-partisan watchdog role from 2015 to 2019, and was frequently critical of the Ford government's environmental policies until the Progressive Conservatives eliminated her position. On Friday, Canada's National Observer reported that she will run for the Ontario Greens in the downtown Toronto riding of University-Rosedale in the next provincial election.

“When it comes to solving the biggest environmental challenges we face, there is no one more competent than (Saxe),” said party leader Mike Schreiner in a press release Monday.

“Her decision to run as a Green reflects how effective our party has been since securing our first seat at Queen’s Park.”

Schreiner, who was elected as the MPP for Guelph in 2018, is currently the only Green with a seat in the Ontario legislature. Saxe is the first Green candidate to be announced for the next election, scheduled for 2022, but the party said Monday that it intends to run a full slate of candidates.

“Now is the time for more Green voices at Queen’s Park. Doug Ford’s tenure has been marked by a relentless attack on Ontario’s environment,” Saxe said in the press release.

“He replaced climate action with greenwashing and consistently puts profit before people and planet. I preferred to be non-partisan, but I cannot stand aside any longer.”

No party has officially nominated a candidate for University-Rosedale yet — Saxe is running for the nomination uncontested, with a vote to be held Nov. 30 — but the riding is currently held by Jessica Bell, the NDP transit critic. The Greens picked up 5.4 per cent of the vote in University-Rosedale in the 2018 election.

As environmental commissioner, Saxe wrote 17 reports analyzing successive Liberal and Progressive Conservative governments' policies on energy, climate and the environment. Her last report, published in late 2018, found that the Ford government was allowing an “astonishing amount of pollution” into Ontario water systems.

“It is unbelievable that in 2018, the government allows this much filth into our lakes and rivers,” she said at the time.

Meet the new deputy leader of the @OntarioGreens. Dianne Saxe was Ontario's environmental commissioner from 2015 until 2019, when the Ford government eliminated her position. #onpoli

The Greens now have two co-deputy leaders. Abhijeet Manay, who sits on the board of Mississauga non-profit iREAM and ran for the party in 2018, was elected deputy leader in September of that year.

For Saxe to run against

For Saxe to run against incumbent Jessica Bell is IMO either a total waste of a valuable high-profile Green candidate, or the elimination of a potential valuable ally in a united Opposition or a minority government. Bell has been very effective and really knows her stuff on transit; she was a founder of TTCRiders. Ontario needs both her AND Saxe in government, not just one or the other.

Surely Saxe can pick a riding where she's running against an incumbent Liberal, or one of Ford's people? Or even better, in a riding where the incumbent has already announced they're stepping down?

The NDP and the Greens have their differences, but often overlap in their supporters. Unfortunately, both parties sometimes seem to be blinkered by their messianic ideological purity, Progressives really do have to be choosing our battles more wisely, instead of going down in a futile blaze of glory over and over again!

(Full disclosure: my political life started with the BC NDP in the 70s. I joined the GPC at its founding in 1983, and ran for them in 1984, then in the 90s for the BC Greens. After moving to Ontario I switched to Layton's NDP, and ran for them too. So I've seen both parties from the inside.)

you have stated my reaction

you have stated my reaction well. I WISH the Ndp and Greens could work out common ground and not cancel the progressive bits of each other out. Please let her run in Yurek's riding and lets find out what his constituents think of the job he has done destroying our bit of the planet

I echo Mr. Hennick's comment. Why waste time contesting a seat held by a worthy potential ally? Whatever attachment one might feel to the chosen constituency - a revealing test for a candidate is to adopt another constituency and make the effort to get to know, understand and work for this constituency with the same fervor one would expend on the chosen, familiar? comfortable? constituency. Besides being a representative and responsible MLA for a specific constituency, an elected MLA has to expand horizons to work on behalf of ALL Ontarians

The Greens routinely try for

The Greens routinely try for the "easy" route of finding a famous person to run for them rather than build up people who are good politicians--- Mike Schreiner is the only exception---I doubt that Dianne Saxe knows the first thing about getting elected. Sigh---.