Trudeau to tout climate and trade at Asia-Pacific summit where China, U.S. dominate 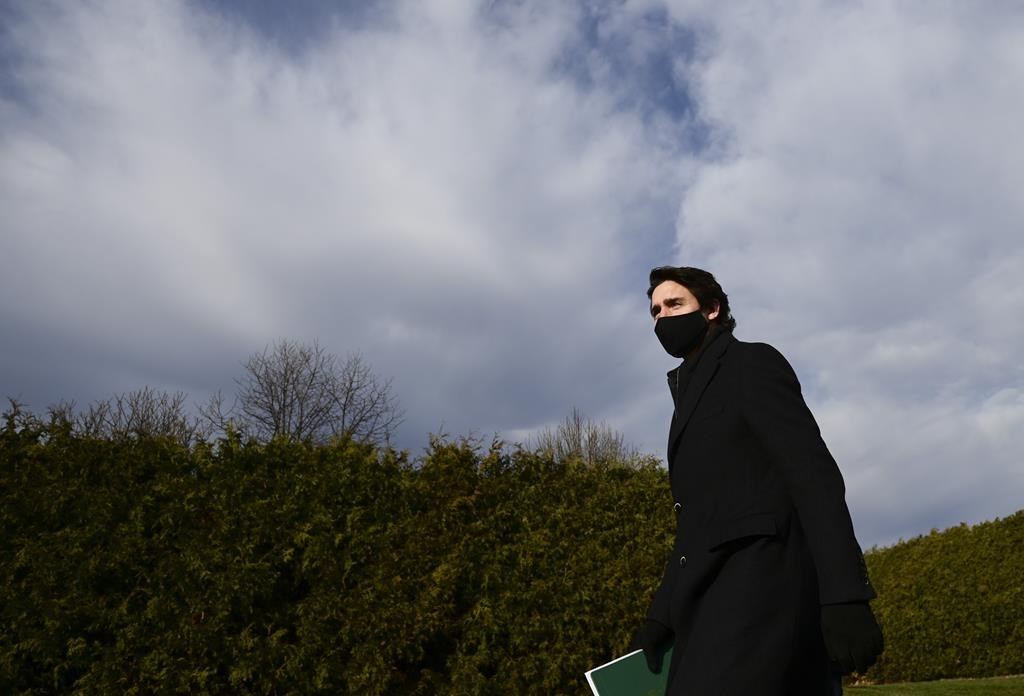 Prime Minister Justin Trudeau leaves after making an announcement at the Ornamental Gardens in Ottawa, on Thursday, Nov. 19, 2020. Photo by The Canadian Press/Sean Kilpatrick
Previous story

Prime Minister Justin Trudeau will pitch the economic benefits of fighting climate change and doing business with Canada as he meets with counterparts from both sides of the Pacific during today’s Asia-Pacific Economic Co-operation leaders’ summit.

Yet the degree to which the prime minister’s sales pitch will even be heard by APEC leaders remains unclear as Canada's tensions with China and the much bigger dispute between Beijing and Washington threaten to overshadow the meeting.

Trudeau hinted at his planned approach to the summit during a speech on Thursday that was followed by a question-and-answer session in which Ottawa’s tense ties with Beijing and relationship with the White House figured prominently.

The summit, which is being hosted by Malaysia but held online because of COVID-19, is supposed to focus on the pandemic, particularly its economic impacts and what actions the members can take to mitigate those now and recover afterward.

Chinese President Xi Jinping and U.S. President Donald Trump will be among the participants, with the latter likely marking one of his last such international gatherings following this month’s presidential election.

This year’s meeting also comes days after China joined nearly a dozen other Asian countries along with Australia and New Zealand in inking what is being billed as the world’s largest free-trade agreement, which excludes Canada and U.S.

Trudeau stopped short Thursday of saying Canada was interested in joining the new Regional Comprehensive Economic Partnership, but instead suggested Ottawa would be watching to see how Beijing behaves in the trade deal.

China “is an important player in the global economy that we need to try and include and get to play by better international rules,” the prime minister said during the question-and-answer session during the APEC CEO Dialogue on Thursday.

“So if the RCEP deal is able to actually start to create level playing fields, that's going to be something very, very interesting. So we're going to watch carefully.”

Trudeau during the same session defended the detention of Huawei executive Meng Wanzhou, who is facing extradition to the U.S. to face fraud charges, and whose case has become a weeping sore in the relationship between Canada and China.

The prime minister also indicated that he planned to not only push back against growing protectionism around the world, particularly during the pandemic, but also call for more of the benefits of free trade and globalization reach everyday people.

Much of the attention, however, will be on Trump and Xi. The former has refused to concede this month’s U.S. presidential election to challenger Joe Biden, and has made a point in the past of calling out China on trade and security.

The Trump administration during the last APEC summit in 2018 refused to sign off on a final statement over those same issues.

The APEC meeting today will be followed this weekend by the G20 leaders’ summit, which is being hosted by Saudi Arabia and will also focus on responding to the economic damage wrought by the COVID-19 pandemic.

While the first G20 leaders’ summit held in 2008 was aimed to ensure a unified international response to the financial crisis that year, experts say the ensuring 12 years have seen growing polarization around the world along with more populism and instability.

"And unless there is a will on the part of the great powers to co-operate even at a minimum, you're just not going to see a whole lot of action. So yes, you may get a communique. But it's likely to be quite anodyne."