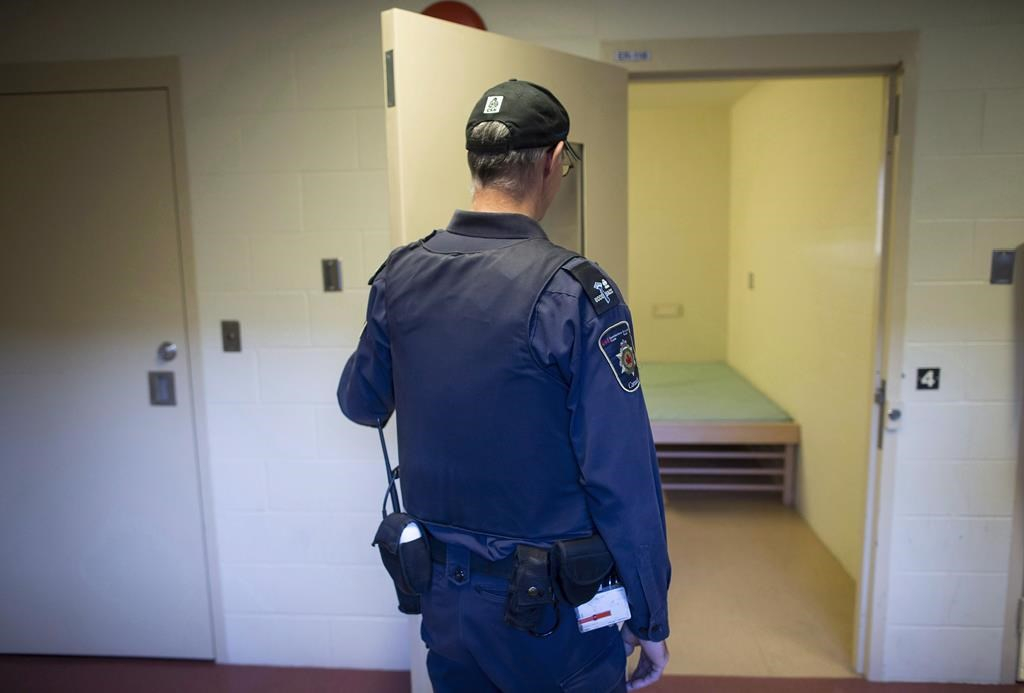 A corrections officer opens the door to a cell in the segregation unit at the federal Fraser Valley Institution for Women during a media tour, in Abbotsford, B.C., on Thursday, Oct. 26, 2017. File photo by The Canadian Press/Darryl Dyck
Previous story
Next story

Independent reviews of the hundreds of inmates placed in segregation over the past year found only a handful were inappropriate, new government data indicate.

According to the previously unpublished information from Correctional Service Canada, only two per cent of reviews by independent external decision-makers resulted in inmates moved out of isolation, and then not always right away.

"There can be rare cases where the removal may not be immediate, for example, if the inmate refuses to leave or a transfer is pending for a suitable placement," the service said. "Our goal is to ensure they can be safely returned to a different environment, which in most cases is to a mainstream population."

The data, viewed with skepticism by critics, indicate that external reviewers weighed in 1,475 times as of Nov. 1. Of those, 905 were triggered by inmates isolated for longer than the legally allowed stretches.

One year ago, after the courts had repeatedly struck down administrative segregation used to isolate prisoners who posed a threat to themselves or others, the government implemented a new system called structured intervention units.

Key changes included allowing inmates out of their cells for at least four hours a day, giving them a daily minimum of two hours of meaningful interaction with others, and putting an external oversight mechanism in place that can result in binding directives.

Since then, reviewers have looked at the confinement conditions of about 740 individual inmates. The aim was to see whether authorities were abiding by the new rules, such as giving prisoners a chance to be out of their cells and interact with others.

Overall, the reviews concluded authorities took all reasonable steps to meet their obligations in 79 per cent of the cases, the service said.

Critics, however, have called the new system rebranded solitary confinement. For example, criminologist Anthony Doob, who led a government advisory committee on the issue, and colleague Jane Sprott, concluded the government was failing to live up to the legislated requirements.

Among other things, their analysis found a sizable percentage of inmates had spent more than two months in confinement and few had received the mandated four hours daily out of their cells and two hours of human contact.

"Either there is a lack of clarity on what exactly are the role and powers of the IEDMs, or the IEDMs are tigers without teeth, or the IEDMs are not fulfilling their role," Iftene said. "The implication remains that there may still be no effective oversight of placements in the SIUs."

The tiny number of reviews resulting in directives to move an inmate from confinement also raises questions about the quality of the information fed to reviewers, Iftene said.

"Did they know that so many people were effectively experiencing solitary confinement?" she said. "If so, how is it possible that they recommended removal from the SIUs only in two per cent of cases?"

Whether individuals’ rights are being upheld is a yes or no question, Iftene added. There are no “reasonable steps.”

Correctional Service Canada defended its approach, saying the new system is part of a "historic transformation" that can't happen overnight.

"It takes time to instill cultural and transformational change," the service said.