It's Groundhog Day — again — for freedom-of-information reform in Canada 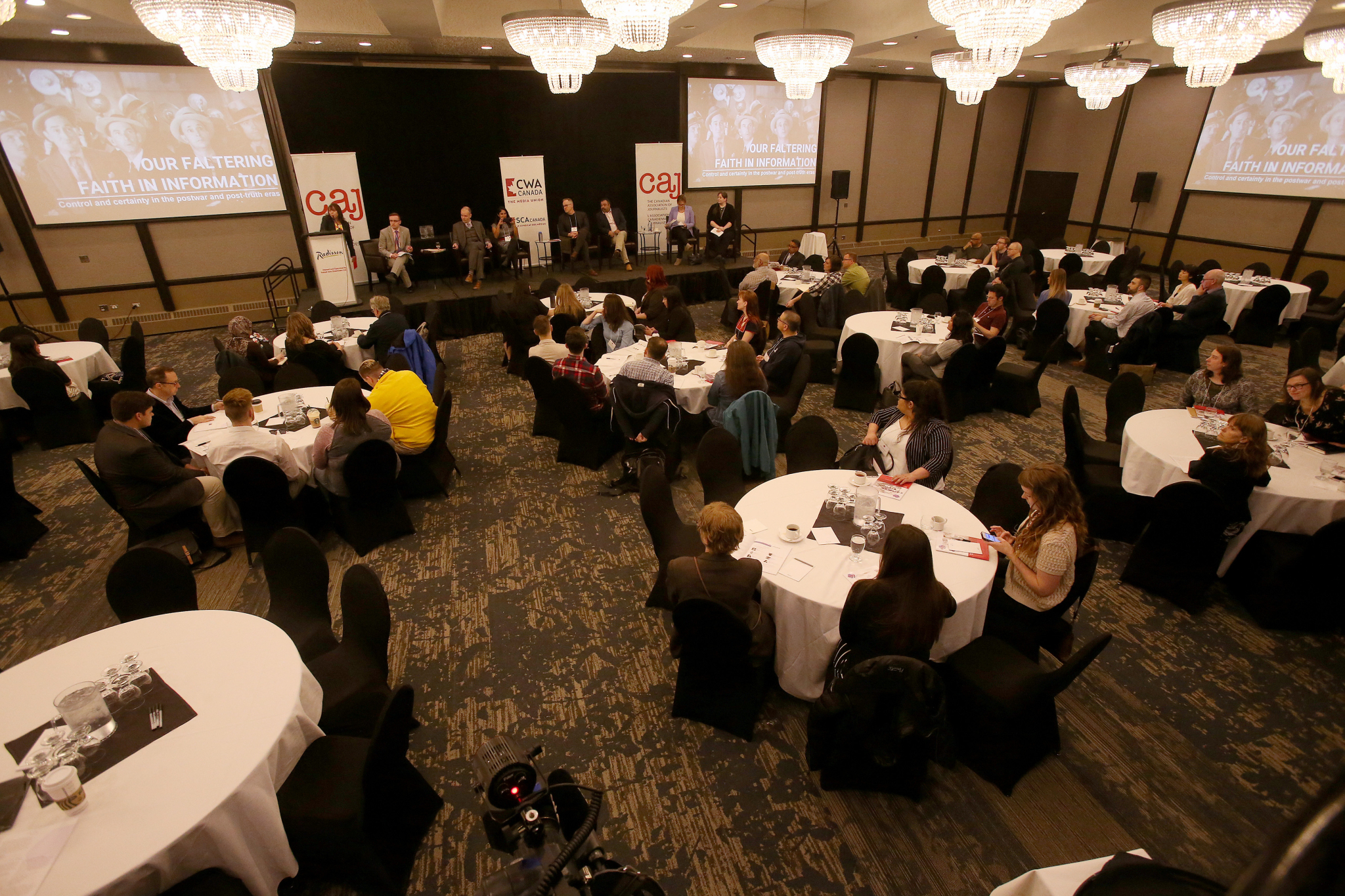 Ask journalists — like the ones gathered at this Canadian Association of Journalists convention — and they’ll tell you the problems revealed in a recent information commissioner’s report are the norm, rather than the exception. Photo by Shannon VanRaes
Previous story
Next story

Once upon a time, a government-in-waiting promised voters that, should it be elected, it would run the most open and transparent government in history.

Raise your hand if you’ve heard this story before.

Indeed, making commitments to trumpet transparency in government has become such a de rigueur comment these days, it’s actually more surprising when a politician, regardless of their political stripes, doesn’t raise it as an argument to support their candidacy for public office.

In 2015, after several years of information being tightly controlled by the federal government of former prime minister Stephen Harper, Justin Trudeau’s Liberals picked up this well-worn playbook and ran with it.

As part of its so-called “sunny ways” agenda, Trudeau campaigned on a platform that included comprehensive plans to modernize what many experts agreed at the time (and still do) to be a “broken” access-to-information system.

Five years later, the rhetoric from that campaign still stands in stark contrast to reality.

In 2017, the Trudeau government introduced Bill C-58. But rather than serve as the first substantive reform to the Access to Information Act in more than 30 years, the proposed law would have, in many ways, strengthened the federal government’s stranglehold over information.

The bill proposed curbing the powers of the Office of the Information Commissioner and added ambiguous language that would have allowed government departments to arbitrarily deny requests. It was a proposal the Canadian Association of Journalists (CAJ) decried.

The bill became law on June 21, 2019. While the Trudeau government walked back some of the bill’s controversial provisions after amendments were suggested by the Senate, the message remained clear: Open government was a concept clearly defined in the eye of the beholder.

Fast-forward to 2020. In his opening remarks at the second Global Conference for Media Freedom on Nov. 16, which Canada co-chaired, Prime Minister Trudeau said: “Not only is press freedom a cornerstone of democracy — it’s a fundamental building block of strong, healthy societies. When journalists can do their jobs, when citizens can get good, reliable information — everyone does better.”

"As the federal government spends billions of tax dollars to rightly support COVID-19 relief measures, the need for a system of accountability that supports the public’s right to know is all the more important," says @Brent_T_Jolly #ATIP #cdnFOI

In front of the watchful eyes of the world, the prime minister, once again, decisively glossed over (one of) Canada’s dirtiest little secrets: We are not leaders when it comes to allowing citizens to freely access government information. We are, sadly, laggards of epic proportions.

According to 2018 data compiled by the Centre for Law and Democracy, Canada ranked 55th in its survey of global freedom-of-information rankings. In these rankings, Canada was outpaced by nations such as Yemen, Pakistan and Uganda.

No matter how hard you try, you can’t just wish a problem of this scale into oblivion.

The very next day, in a moment of dramatic (some may argue, tragic) irony, Canada’s aforementioned information commissioner released a scathing report, called Access at Issue: The need for leadership, that documented the failure of the Royal Canadian Mounted Police (RCMP) to respond to access-to-information requests.

The RCMP is far from the only federal government department or agency crumbling under pressure. Recent reports have highlighted, for example, how completing public access-to-information requests has been de-prioritized by departments during the pandemic.

More informally, ask journalists and they’ll tell you the numbers revealed in the information commissioner’s report are the norm, rather than the exception.

So, as Canada’s entire access-to-information regime teeters on the precipice of no return, what exactly can be done?

As you thumb through the pages of the information commissioner’s report, you’re presented with several constructive ideas that, from the initial input of a request to the output of documents, could bring about meaningful change.

But in order for any of these (or other) proposed changes to ever come to fruition, something has to give. The CAJ and its allies have been here before. Many times over the past decades, we’ve heard genuine promises for reform only to witness empty activity.

Nevertheless, as the federal government spends billions of tax dollars to rightly support COVID-19 relief measures, the need for a system of accountability that supports the public’s right to know is all the more important.

Since taking office, the Trudeau government has championed the importance of evidence-based decision-making. Without question, the information commissioner’s report provides overwhelming evidence of how Canada’s access-to-information system is in immediate need of repair.

So if the evidence is there, when will we see decisions being made to reimagine how journalists, researchers and members of the public can request information from the federal government?

Based on the message Trudeau sent out to the world at the global media freedom gabfest, the answer to that question appears to be: “Practise what I say, not what I do.”

Brent Jolly is the national president of the Canadian Association of Journalists.