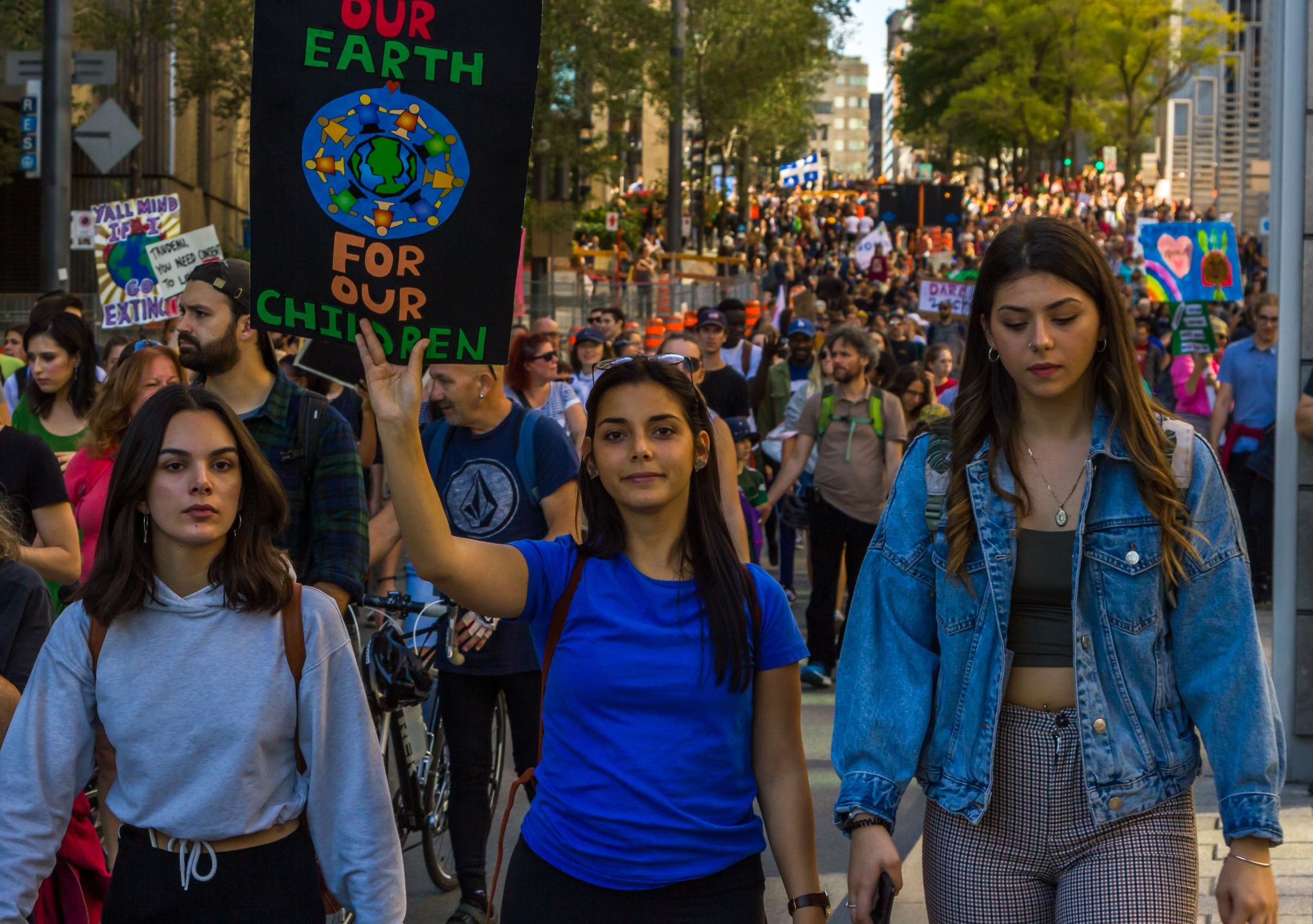 Broad-based citizen mobilization is essential to ensuring the implementation of emissions reduction measures are commensurate with the urgency of the crisis, says Bruce Campbell. Photo by Shutterstock
Previous story
Next story

With COVID-19 cases soaring in Canada and abroad, the immediacy of the pandemic is understandably sidelining public attention on the climate crisis barrelling down the tracks — with catastrophic effects if not reversed over the next 10 years.

The federal government introduced Bill C-12 on Nov. 19, mandating carbon-reduction accountability from governments on the path to achieving net-zero emissions by 2050.

Earlier this fall, Prime Minister Justin Trudeau addressed the United Nations, warning that “things are about to get much worse unless we change … Right now, we have a chance — not a big chance — but a chance to shift course.”

Undoubtedly, he was referring to the warning contained in the 2018 Intergovernmental Panel on Climate Change special report on 1.5 C: The world had 12 years to make deep cuts to emissions to avoid devastating global warming beyond 1.5 C above pre-industrial levels. The international community must reduce carbon emissions by 45 per cent below 2010 levels by 2030 to reach net zero by 2050.

That does not leave much time. Canadian governments have been setting and failing to meet emissions reduction targets for nearly three decades.

While entrenching accountability in legislation is a step forward, the bill does not require governments to make their five-year climate targets, which are set to begin in 2030, legally binding, nor would they face penalties for not meeting them.

The government repeated its promise to exceed its existing 2030 Paris target. However, it did not include an urgently needed interim 2025 target. Nor did it include a concrete plan for reducing emissions, which Environment Minister Jonathan Wilkinson has reportedly said would be released in the coming weeks.

Committee hearings, likely early in the new year, will provide an opportunity for groups to voice the bill’s shortcomings and make recommendations for an action plan. Regulations implementing the legislation normally occur after a bill gains royal assent, which could further delay them, depending on resistance from opposition parties and industry.

The most serious barrier to meaningful law and climate action stems from the power of the petroleum industry to pressure a compliant regulatory agency that sees itself more as a partner with industry, rather than a body whose primary obligation is to protect the public. This is referred to as corporate capture, a phenomenon I have explored in my research on the transportation sector.

The legislation calls for an advisory panel on regulations and measures to be included in the forthcoming plan, but it will almost certainly include fossil fuel representatives who have a Pavlovian aversion to federal carbon-reduction measures.

"The most serious barrier to meaningful law and climate action stems from the power of the petroleum industry to pressure a compliant regulatory agency that sees itself more as a partner with industry," says Bruce Campbell. #cndpoli #climatechange

Industry engagement with regulatory agencies occurs behind closed doors through intense lobbying of senior bureaucrats and politicians to block, delay, dilute or reverse regulations that adversely affect costs. Regulatory capture is more likely to exist alongside an under-resourced regulatory agency. With its independent expertise hollowed out by decades of austerity, the regulators typically do not have sufficient expertise to adequately evaluate industry demands.

The Canadian Association of Petroleum Producers (CAPP), is on record lobbying against almost all proposed climate policies. The fossil fuel industry, according to a study by Environmental Defence, recorded 11,452 lobbying contacts with elected and non-elected federal government officials between 2011 and 2018.

The clean fuel standard exemplifies the industry’s campaign to subvert regulations that require fossil fuel companies to reduce the carbon intensity of their products and encourage low-cost sources such as electrification. The petroleum industry claims to support a modified version of the standard, but a recently leaked strategy document indicates the goal is ultimately to kill the standard.

This message — amplified by funded think tanks and the mainstream media echo chamber — is that "the federal Clean Fuel Standard should be scrapped because it will drive up costs on almost every sector at a time when Canada can least afford it,” writes Bill Bewick, executive director of Fairness Alberta.

Jack Mintz, chair of the Alberta government’s Economic Recovery Council, responded immediately to the government’s climate legislation stating that policies like the clean fuel standard will incur major costs across the board, and thus require a federal carbon plan that minimizes impact on petroleum industry growth.

Mintz fits the category that Seth Klein, in his new book, calls "new climate denialism" — verbally accepting the climate science, but denying what the reality means for policy.

CAPP’s "A Vision for Canada’s Recovery" report asserts that an expanding oil and gas sector must be part of the federal government’s climate change plan.

And MEG Energy chief executive Derek Evans was quoted as saying: “We’ve got a 60-year reserve life, and to ensure that those assets aren’t stranded, we need to continue to demonstrate that we’re a leader in all aspects of (environmental, social and governance) and that we don’t have our head stuck in the sand.”

"If we were to burn all those oil and gases, there’s no way we would meet carbon budgets. Up to 80 per cent of coal assets will be stranded, (and) up to half of developed oil reserves," he added.

The Financial Times estimates that meaningful action on global warming would result in $900 billion in stranded fossil fuel assets.

The International Energy Agency is forecasting that clean energy initiatives underway will sharply curtail world demand for oil and gas.

Many Canadian and foreign-owned companies see the great commercial potential of clean energy alternatives and are eliminating their reliance on fossil fuels in a manner consistent with science.

However, the petroleum establishment’s head is stuck firmly in the oilsands. Its public pronouncements about the need to address climate change are largely a public relations ploy to delay government action. CAPP insists on the right to continue to extract indefinitely — tantamount to driving down a road while looking through the rearview mirror.

The legislation before Parliament, and the government’s pending action plan, must generate genuine anxiety within the industry: that the writing is on the wall and overcoming their petroleum addiction must occur sooner rather than later.

The rollback of corporate power and influence is a necessary, though far from sufficient, condition for meaningful action on the climate emergency. Most importantly, broad-based citizen mobilization is essential to ensuring the implementation of emissions reduction measures are commensurate with the urgency of the crisis

Paraphrasing Trudeau, the stakes could not be higher.

Bruce Campbell is an adjunct professor at York University's faculty of environmental studies, senior fellow at Ryerson University's Centre for Free Expression and former executive director of the Canadian Centre for Policy Alternatives.

Thank you for this opinion piece and the information about continuing pressure on the Feds from the fossil fuel sector. During this pandemic, it's hard to keep public pressure on governments to take meaningful action on climate change. Many people's minds are focussed on dealing with Covid. And yet, over the long term, Climate Change is the greatest challenge and risk that we collectively face.