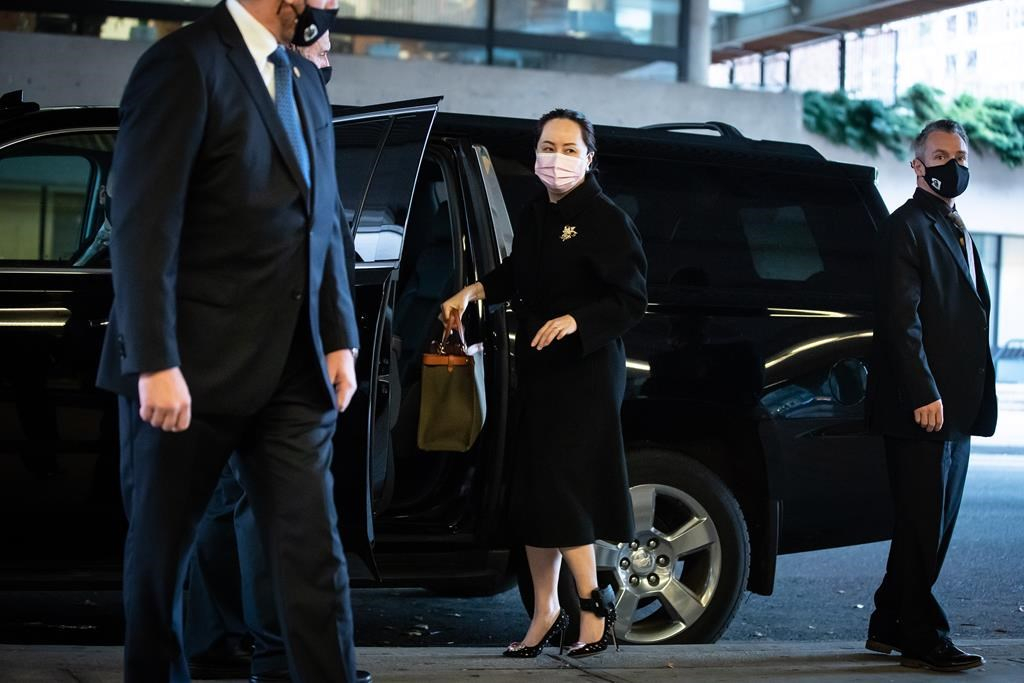 Trudeau refused, like U.S. officials, to acknowledge a Wall Street Journal report that Justice Department lawyers have approached Meng’s legal team about the possibility of a so-called deferred prosecution agreement.

The newspaper says in exchange for admitting some level of wrongdoing, Meng — who faces wire and bank fraud charges in the U.S. — would be allowed to leave Canada, where she has been awaiting extradition for the last two years.

Meng was detained in Vancouver in December 2018 at the behest of the Justice Department, which has accused Huawei of violating U.S. sanctions on Iran.

Her arrest sparked an intractable diplomatic standoff that continues to this day, and has been widely linked to China’s decision days later to detain Canadians Michael Kovrig and Michael Spavor, who face charges of espionage.

Canada’s "absolute priority" is the safe release of Kovrig and Spavor, Trudeau said Friday during a news conference outside his Rideau Cottage residence in Ottawa.

"We’re going to continue to work as hard as we possibly can to bring these two Michaels home," Trudeau said.

"It’s been extremely difficult for them, for their families and their loved ones. We will continue to stand up for Canadians in difficulty anywhere around the world."

Marc Raimondi, a Justice Department spokesman, also refused to comment on the reports Friday, as did officials at the International Crisis Group, where Kovrig worked. Queries to the White House also went unanswered.

China has repeatedly urged the U.S. to abandon the extradition of Meng, and decried Canada as being complicit in what they consider an arbitrary and unjust abuse of the extradition agreement between the two countries.

The U.S. alleges Meng orchestrated the use of Skycom, a Huawei subsidiary, to evade sanctions against Iran between 2009 and 2014.

China detained Kovrig and Spavor 10 days after the arrest of Meng, who is also the daughter of Huawei’s founder, Ren Zhengfei.

Huawei has close ties to China’s military and is considered one of the country’s most successful international enterprises, operating in the high-tech sphere where China hopes to establish international dominance.

The U.S. has been lobbying aggressively against Huawei, urging Australia, Canada, Germany and Japan, among others, to close their networks to the company.

This report by The Canadian Press was first published Dec. 4, 2020.