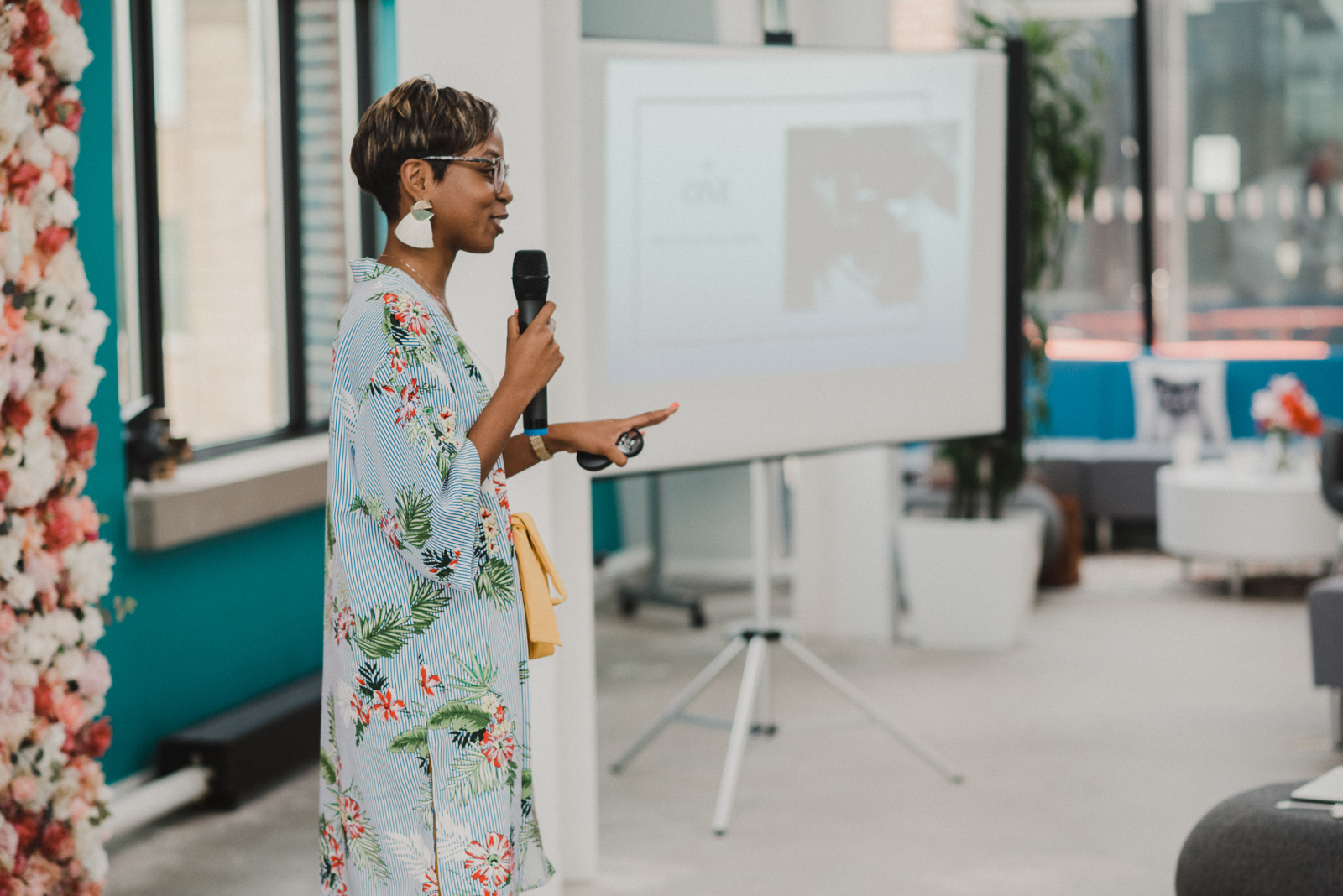 Chanèle McFarlane gives a talk about how to build your personal brand while working a full-time job at an event called Sunday Showers in June 2019. Photo by Rejeanne Martin
Previous story
Next story

Chanèle McFarlane is one of more than a hundred young leaders taking part in an online summit this week that's tackling the tough problems young people face in future workplaces as Canada emerges from the COVID-19 pandemic.

“The future of work for me is exciting, but also really terrifying,” said McFarlane, who is on maternity leave from a full-time role in recruitment marketing.

McFarlane and social workers, a self-described climate policy wonk, holistic caterer and slew of community advocates at the online summit are building “solutions for progressing a welcoming and collaborative Canada,” according to Community Foundations Canada, one of the organizers of ffwd2020.

The young people aged between 18 and 29 are hoping to harness government efforts to recover from the COVID-19 pandemic to solve problems related to youth unemployment and precarious work, financial literacy and other obstacles.

Running until Sept. 11, the summit — designed so the young people can “grow their network, build on their experience, develop their careers and advance solutions for the future of their communities” — is a collaboration between Community Foundations of Canada, the young “data decoders” at Youthful Cities, and Royal Bank of Canada.

According to Youthful Cities, the summit will involve youth-led brainstorming of tangible COVID-19 recovery plans and policies to get youth back to work and to “create sustainable and meaningful change within our communities.”

It says youth, and especially at-risk youth, have been left out of such discussion and the event will expose participants to other “ambitious, change-making youth” and “build a new future for yourself and your peers.”

The themes are connected, McFarlane said, with the idea of a universal basic income reducing the pressure on someone experiencing inequality in the workplace to stay in that job.

The project is now asking participants to imagine what things could look like six months out, and then work out the policies and initiatives needed to get there.

“It’s a participatory summit, which means our participants won’t just be sitting back and listening; they’ll be hands-on collaborators and creators of the summit’s programming and will get an immersive experience unlike any other,” Youthful Cities, a youth advocacy group and another of the organizers, says on its website.

Participants in the ffwd2020 summit are also getting paid at least $500 to take part (and another $250 for costs to connect) in the online summit backed by one of Canada’s biggest banks, which is meanwhile pushing for Canada to expand its digital export of post-secondary education.

An RBC report released this week calls on Canada’s post-secondary schools and ed-tech companies to work with provincial and federal governments to boost the country's export of online learning.

The bank argues that the financial crisis the pandemic created for universities and colleges could also be an opportunity to reach many more students abroad while providing a pathway to completing studies at a Canadian school.

Canada U, as the bank calls it, would involve schools enrolling international students in early-year online studies in their home countries that can count towards a Canadian credential or transfer to a domestic university.

At the summit, the young participants have been split into random groups of between six and eight people to envision problems and possible solutions before narrowing down to one policy and one initiative per group.

Next will come a vote on the most promising proposals and formation of larger groups to develop the plans that can be executed post-summit.

McFarlane, who has also built a secondary business as a personal branding specialist, said she has been thinking a lot this week about the gig economy and how to better support those doing flexible work, who often miss out on employment benefits or decent pay.

She said the pandemic lit a fire that is compelling her to build solutions and that others at the summit are just as motivated to move to the execution phase of their developing plans.

“A lot of us are so ambitious and really passionate about these topics that I definitely see a lot of us continuing past this and getting the support we need to actually bring these ideas to life,” she said.

“I don't want to just sit back,” she said. “Ten years from now I want to look back and be like ‘You know what? I actually helped to build some of the solutions to build back the opportunities for youth after COVID.'”