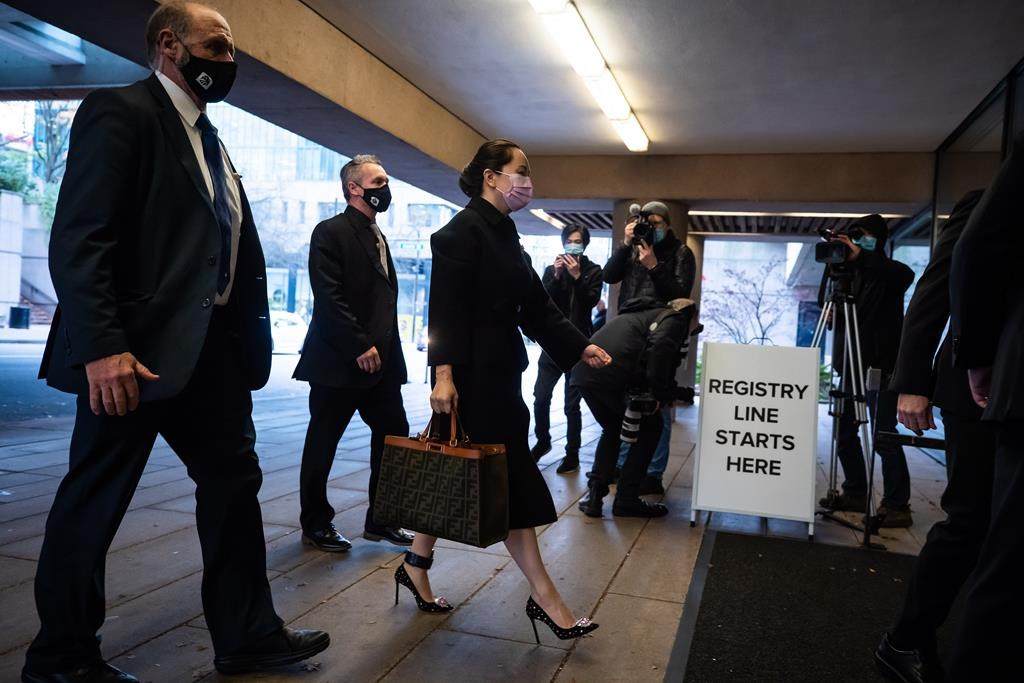 The legal fight against extradition to the United States for Meng Wanzhou is back on in a Vancouver court amid a report that the American Justice Department is discussing a deal in the case.

A Wall Street Journal report says U.S. officials were discussing an agreement that would see the Huawei executive admit guilt to some of the allegations in exchange for dropping the extradition request.

Prime Minister Justin Trudeau wouldn't comment on the report Friday, except to say Canada's absolute priority is the safe release of Michael Kovrig and Michael Spavor, whose arrests and charges have been widely linked to Canada's detention of Meng.

Lawyers for Meng are in B.C. Supreme Court today gathering evidence for an abuse of process claim they expect to make next year.

Her lawyers have alleged officers with the RCMP and Canada Border Services Agency hatched a plan to unlawfully search and interrogate her when she was arrested at Vancouver's airport on Dec. 1, 2018.

Meng and Huawei face charges in the United States over a claim they violated American sanctions against Iran — allegations that both deny.