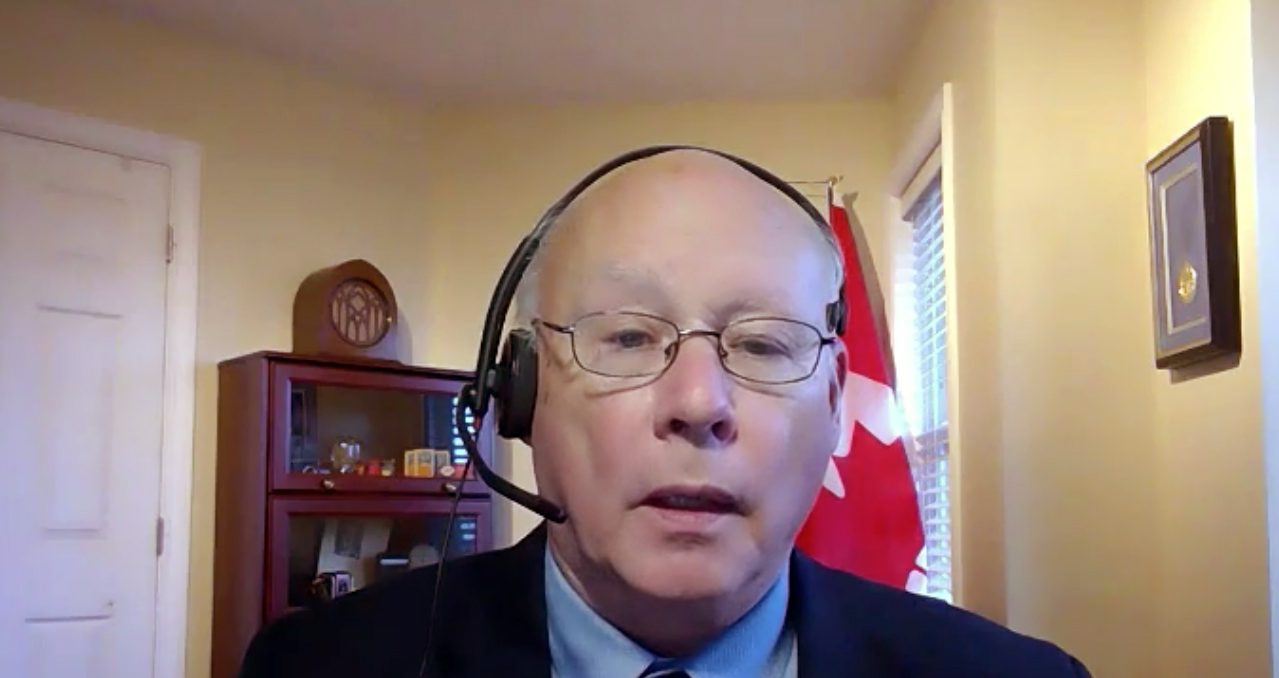 Ken Hardie, who represents the British Columbia riding of Fleetwood-Port Kells, raised several questions during a parliamentary committee meeting about the assessments studied by the department to arrive at its conclusion that open-net pen fish farms pose little risk to wild salmon.

The committee was meeting ahead of a government decision expected later this month on whether it will renew fish farm licences in the Discovery Islands. The First Nations Leadership Council has called for an immediate end to salmon farming operations that use open-net pens in B.C. waters, saying that sea lice is contributing to the steep drop in wild salmon stocks.

The Department of Fisheries and Oceans said it studied nine different farm fish diseases in making its decision, and that there have already been measures put in place to crack down on sea lice issues. But the department has faced criticism that it ignored independent and peer-reviewed science that demonstrates how sea lice is a threat, Canada’s National Observer has reported.

Hardie said during the committee meeting that the risk assessments “didn’t necessarily pass everybody’s sniff test in terms of what was studied, how it was studied and the conclusions that came out.”

The MP was reacting to a response by John Paul Fraser, executive director of the BC Salmon Farmers Association, who was appearing as a witness at the committee. Fraser had been speaking with Conservative MP Mel Arnold, who represents North Okanagan-Shuswap.

Arnold asked Fraser if he had expected the government to make a decision about salmon earlier in the fall, and whether salmon farmers had been provided a seat at the table as the government consults with seven First Nations in the region about the licence renewals.

Fraser said he did expect a decision and was “heartened” with the recommendations. He said he knew the First Nations consultations were underway and it was a “government-to-government process between the federal government and the Discovery Islands-area nations, and we fully respect that process.”

After making his remarks about the risk assessments, Hardie then asked Fraser if the BC Salmon Farmers Association had funded “any of the work that was done.” Fraser responded that it had not.

“OK,” Hardie continued, “I understand that the studies themselves weren’t agreed to unanimously — that there were some people who questioned some of the findings, (while) others supported them. Do you know what gaps existed there, between the two sides of the people participating in the study?”

Fraser said he wasn’t sure, as he understood that the process was private.

“All we know is that, when the review was announced, kind of like when the Pope is chosen, we all know,” he said. “And then there’s a very detailed analysis that’s provided.”

Hardie went on, saying he understood that the focus of the studies was on “viruses” and that “a number of individual viruses were studied, but not necessarily the cumulative impact, (or) perhaps the presence of more than one virus, in the farms themselves — the operations and the impact on wild salmon.”

The department says its nine risk assessments were done on pathogens “known to cause disease from aquaculture operations in the Discovery Islands area.” All reached the conclusion of minimal risk.

The council, however, has cited an independent report by marine biologist Alexandra Morton that suggests almost all of sampled juvenile wild salmon through the area were infected.

NDP critic for fisheries and oceans Gord Johns, MP for Courtenay-Alberni, who has called on the government to transition to closed containment aquaculture, referenced the council’s call for an end to open-net pen salmon farming in his comments to committee witnesses.

Johns said he knew many of the fisheries workers and understood the impact that such a transition would have, and said he was looking to determine how to ensure jobs in the sector are protected and the economic benefits are not lost.

It seems like a no brainer. Closed containment will satisfy the critics at least halfway, and will protect the wild species from contamination, infestation and interbreeding with escaped non-native species. And the industry will continue to produce high quality protein for a society buried in junk food. However, the industry needs to go one step beyond demonstrating it is flexible enough to change its infrastructure in the face of a tsunami of criticism, and respond as well to the issue of the quality of the feedstock and the amount of hormones, pesticides and antibiotics it uses. Exemplary tank filtration should eliminate the build-up of waste. And research could lead to a non-toxic control for sea lice. All of these actions will offer the industry a wonderful marketing strategy; companies that get ahead of the curve will appear proactive in the eyes of the consumer.

The fairest policy may be to establish a hard deadline (2025 seems reasonable) followed up with adequate enforcement to move to 100% closed containment, and offer some compensation to cover a portion of the cost for doing so.