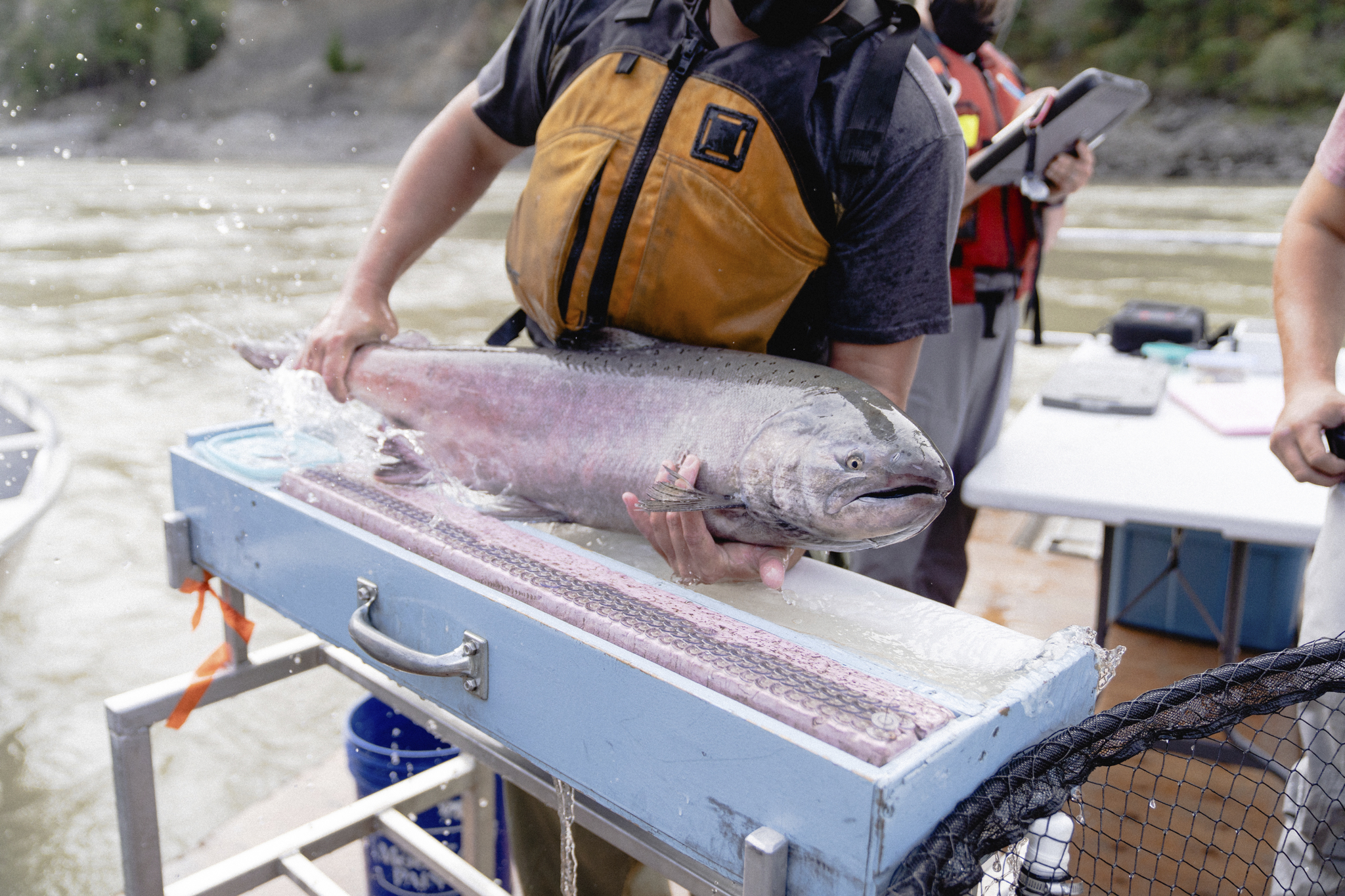 For the past two summers, Fraser River salmon have needed to take a helicopter ride in order to procreate.

The salmon were cut off from reaching their spawning grounds by a massive landslide into the river near Big Bar, B.C. But those aerial migrations — a last-ditch effort to save the stocks — will soon be over.

On Wednesday, the Department of Fisheries and Oceans (DFO) announced plans to build a $176.3-million fish ladder, or fishway, to help the salmon move up and down the river at the site in the traditional territory of the High Bar and Stswecem'c Xgat'tem First Nations.

Once completed, salmon will be able to pass around the waterfall created by the slide using a “ladder” of pools that allow them to avoid the obstruction.

The work will be done by Peter Kiewit Sons ULC, a construction company that has been working with area First Nations and the provincial and federal governments since the slide to clear a path for the fish.

Only 293,000 sockeye returned to the Fraser this year — a historic low that has many worried the population is amid a collapse.

“Salmon hold a deep cultural significance for First Nation communities across British Columbia. As stewards of the land, we have a responsibility to protect and preserve these fish for future generations,” Chief Roy Fletcher of the High Bar First Nation said in a press release.

“We are pleased that the federal government is now moving ahead with a permanent solution at Big Bar. Our hope is that once this pathway is completed, we will once again see salmon flow in our streams.”

In summer 2020, helicopters were carrying around 1,500 fish a day past the slide site in oxygenated tanks to a human-created pool connected to the river. Trucks were also used to transport the fish.

For the past two summers, Fraser River salmon have needed a helicopter ride to reach their spawning grounds, which were cut off by a massive landslide into the river near Big Bar, B.C. A $176.3-million fish ladder will end that.

Work on the new fishway will start this winter, and it is expected to be functional by the beginning of the 2022 salmon migration.

The slide, which is thought to have happened in 2018, was discovered in June 2019. Almost all the early Stuart and chinook salmon runs were lost that year, as the adult salmon migrating upriver to spawn in their home streams died trying to get around the waterfall.

Salmon migrate on four-year cycles, meaning that loss is expected to show up in the 2023 run. Fisheries and Oceans Canada reported that 99 per cent of early Stuart and 89 per cent of early chinook salmon were lost following the slide, unable to make it through.

Since the slide's discovery, several attempts have been made to help the fish.

The Whooshh Passage Portal — a “salmon cannon” that vacuums the fish upriver — helped propel salmon over the slide site. The channel was also widened, fish were moved in trucks across the site and hydro-acoustic sonar and fish tagging were installed to keep track of the species.

About 10,000 fish crossed with help from the DFO’s measures, while 150,000 salmon moved through the landslide area on their own between August and September of this year, said Gwil Roberts, director of Big Bar landslide response for DFO.

“The fish monitoring program will continue next season for 2021, and we will have assisted fish passage in place as well in the interim as the construction of the fishway begins and continues, and continues into next winter,” Roberts said. “The intent being that by 2022, we should have that fish passage through the fishway available and in use.”

Ultimately, DFO said a fish ladder is the only reliable, permanent solution for salmon crossing at the Big Bar landslide site.

Gordon Sterritt, the Indigenous representative for the Big Bar joint executive steering committee and executive director of the Upper Fraser Fisheries Conservation Alliance, said the dedication to the project has been “inspiring.”

“First Nations have suffered constraints on their fisheries for a number of years due to conservation issues; the slide exasperated those issues and the decision to move forward with a permanent fishway at this time is essential to protecting those stocks most vulnerable and the cultural identity associated with salmon,” he said.