Former inmate in N.L. alleges guard performed dental work on him while another filmed 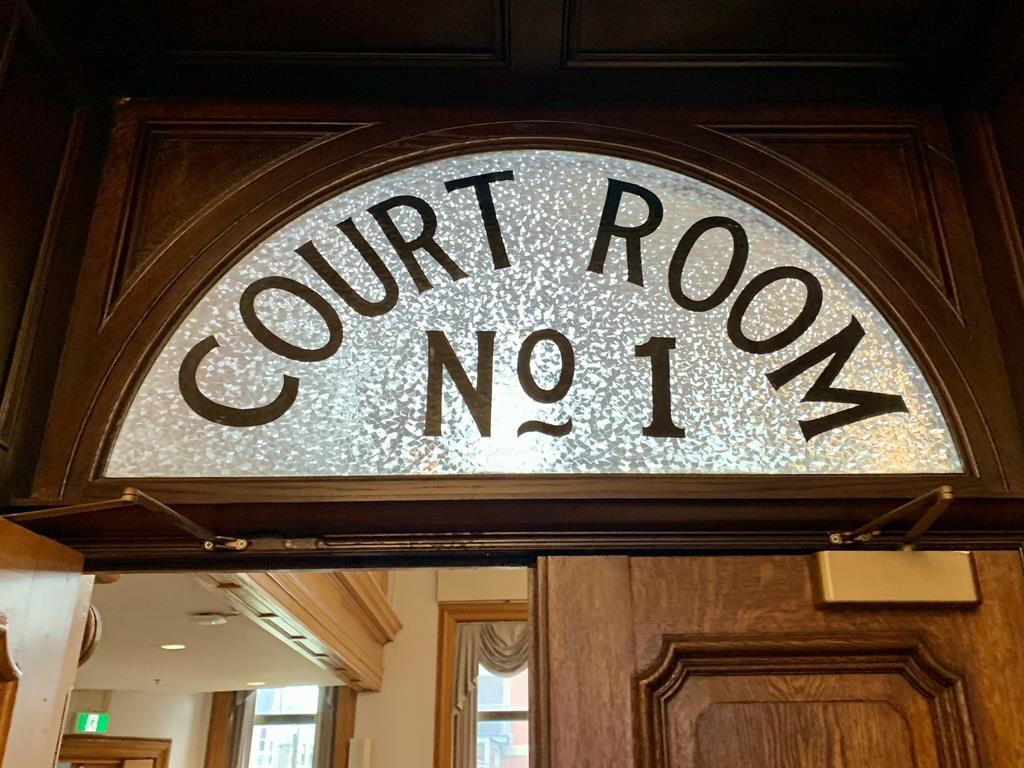 A court room sign is shown at Newfoundland and Labrador Supreme Court in St. John's in a file photo. THE CANADIAN PRESS/Sarah Smellie
Previous story
Next story

ST. JOHN’S, N.L. — A former inmate of a Newfoundland and Labrador jail is suing the province, a dentist and two correctional officers after a guard allegedly performed a dental procedure on him while he was sedated.

The lawsuit says the incident happened while the former inmate was receiving authorized dental surgery from a licensed surgeon, and it alleges that the surgeon allowed one of the officers to take part while the other officer filmed it.

A statement of claim filed in Newfoundland and Labrador Supreme Court by St. John’s lawyer Bob Buckingham on Dec. 4 says plaintiff Blair Anthony Harris was an inmate at the Bishop’s Falls Correctional Centre for men in central Newfoundland when he was taken on Oct. 16 to a dental clinic in Gander, N.L., for major surgery.

The claim says dental surgeon Dr. Louis Bourget performed the surgery and alleges that he allowed Ron McDonald, one of the two guards with Harris, to perform a procedure while Harris was sedated. Roy Goodyear, the other guard, is alleged to have filmed the surgery and later to have shown the video to correctional centre staff.

Harris is suing Bourget, Bourget’s dental company, the province, McDonald and Goodyear, as well as the dental company that owns Gander Family Dental, where the surgery is alleged to have happened. It does not specify at this point the damages being sought.

“In this province ... we’ve had issues with respect to abuse of inmates at the correctional facilities. And a case has never been tested as to whether there’s a positive duty on the part of corrections officers to step in and stop a fellow officer from harming someone,” Buckingham said in an interview this week.

“So we want this to go to court to test, in this province, whether there’s a positive duty on a guard to step in and stop a harm.”

Buckingham admits the case is unusual.

“But hopefully it’s a bizarre and strange case that’s going to make good law in this province,” he said.

Neither he nor his client has seen the alleged video in question, he said.

According to the claim, Harris remembers waking up from the surgery with a bump on his head and a bruise on his cheek, but he wasn’t aware anything was amiss until he was approached a month later by the jail’s assistant superintendent and the province’s superintendent of prisons. They told him someone reported the video to management and they had obtained it, according to the claim.

The lawsuit says the incident happened while the former inmate was receiving authorized dental surgery from a licensed surgeon, and it alleges that the surgeon allowed one of the officers to take part while the other officer filmed it.

The claim says that the next day, Harris was told the two guards had been "terminated from their employment" by the province.

A few days later, Harris had to go back to a dentist — this time in Grand Falls-Windsor, N.L. — because his mouth was in pain, the claim says. According to the claim, the dentist told him there were teeth fragments remaining in his gums and it would take another surgery to remove them.

The allegations contained in the lawsuit have not been tested in court, and none of the parties named has filed a defence. Buckingham said all parties except McDonald and Goodyear have been served notice of the legal action.

Buckingham said in the interview that Harris “lived in fear” about what could happen to him in the jail after he was told about the video, and he was ultimately given an early release, “likely because of this.”

“He was concerned about even going to a dentist again with guards. He can now perhaps go on his own,” Buckingham said.

Bourget is listed as a licensed dental surgeon by provincial dental boards in Nova Scotia, New Brunswick and Newfoundland and Labrador.

He is also listed under the "Our Team" section of Gander Family Dental’s website.

"The relationship that’s on that website isn’t accurate," Redmond said. "That may have been when he first came here, we were gonna have that relationship, but we didn’t."

A separate phone number is listed to make appointments with Bourget in Gander, and the receptionist who answered on Wednesday said he was not in the province. Nobody answered on Friday.

On Friday, Bourget’s page on the Gander Family Dental website still said he was staff, but the first line of his biography had been updated to say he "operates his own oral surgery practice on our premises."

In an email Friday morning, the RCMP confirmed it is investigating an incident concerning Bishop’s Falls correctional officers and the investigation is ongoing, but it did not elaborate.

Danielle Barron, a spokeswoman for the province’s Justice Department confirmed in an email Friday that the province has received the statement of claim from Harris.

"It is not appropriate to comment on matters before the courts or those anticipated to be before the courts," Barron said. She would not comment on the employment status of the two correctional officers, citing an obligation to "maintain confidentiality related to employees’ personal information and work history."