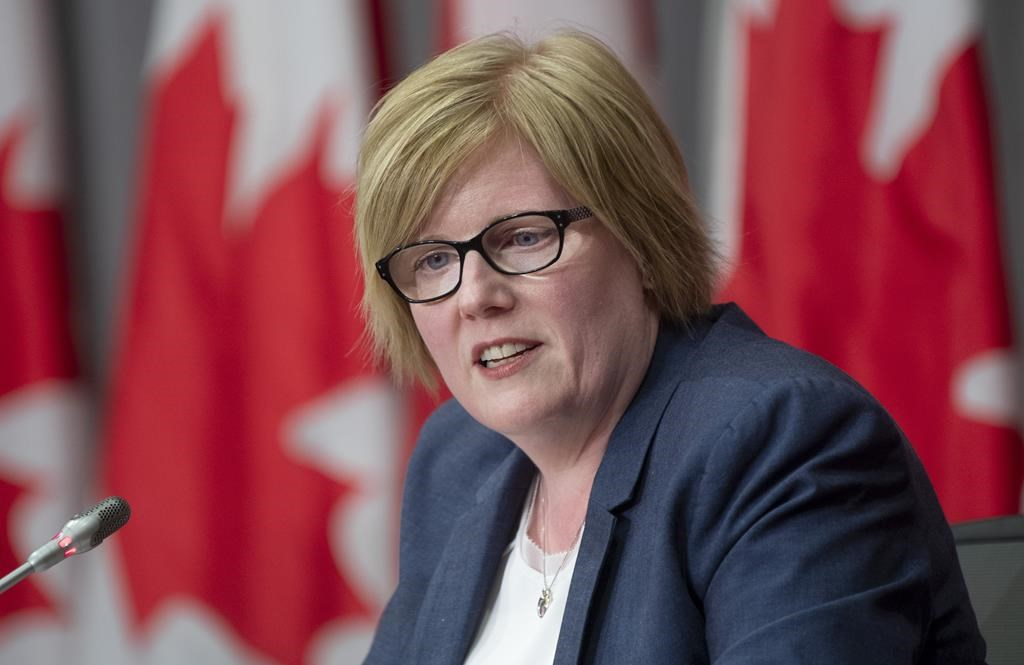 Employment, Workforce Development and Disability Inclusion Minister Carla Qualtrough responds to a question during a news conference on Thursday, August 20, 2020 in Ottawa. File photo by The Canadian Press/Adrian Wyld
Previous story
Next story

The letter that John Cosgrove received in late November from the Canada Revenue Agency wasn't entirely clear, but he knew something was amiss.

Cosgrove, like nearly nine million Canadians, had applied for and received the Canada Emergency Response Benefit while it was available between mid-March and late September as the economy slowed and jobs were lost because of COVID-19.

The CRA wasn't sure if the self-employed artist met the earnings criteria needed to receive the $500-a-week CERB. If not, the letter suggested he may have to repay $12,900 before the end of 2020.

"I cannot say I'm going to have a joyous Christmas," Cosgrove said Tuesday during a virtual news conference with NDP Leader Jagmeet Singh.

"This is very difficult and I really believe that I'm not the only person in this situation."

The CRA has sent out more than 441,000 letters to CERB recipients in recent weeks asking them to verify they met eligibility rules for the payments.

In an interview with The Canadian Press, Employment Minister Carla Qualtrough said the notices are an attempt to verify information and avoid making tax time next year overly complicated.

She said no one who can't pay the money back immediately will be forced to do so. The Dec. 31 repayment requests that some have received are suggestions designed to ensure accurate tax receipts are issued for this calendar year and don't affect benefits and tax credits recipients may receive or claim next year.

"Nobody is asking you to pay if you can't pay. We're putting you on notice that you may not be eligible," Qualtrough said, noting some may be eligible once they file their 2020 tax returns next year.

"I appreciate that every time anyone gets something from CRA, the anxiety gets up there. But this sincerely was an attempt to get ahead of … a very complicated tax time next year for millions of Canadians."

"Nobody is asking you to pay if you can't pay," #Qualtrough said about CERB repayment notices. #cdnpoli #CERB #COVID19

The government provided CERB payments with little validation checks to speed up payments during lockdowns in the spring when three million jobs were lost.

The plan was to always circle back to see which recipients weren't eligible for benefits and order them to pay money back.

Qualtrough said the reasons were multiple, such as receiving student-targeted aid at the same time, or having gone back to work, or being kept on payrolls through the federal wage subsidy program.

"We've been working behind the scenes with Canadians and employers all along to remedy those more specific instances," she said.

What has caused issues for many right now is how the government interprets the earnings requirement.

CERB criteria required recipients to have earned at least $5,000 in the 12 months before applying. The CRA said that figure was interpreted as gross income for traditional employees, but seen as net income for self-employed.

Emails viewed by The Canadian Press show that government officials writing MPs with constituent questions appeared confused about the difference, advising even in the summer that gross income was the measure to be used when determining if self-employed Canadians were eligible for CERB.

"When I got the letter when I spoke to the CRA, no one mentioned net income, gross income," said Cosgrove, an artist in St. John's, N.L.

Nancy Reid, a self-employed worker in Saint John, N.B., said she checked her 2019 tax return, and read and re-read the eligibility criteria before applying for CERB.

In a letter to her MP, Jenica Atwin of the Greens, Reid said she feels the government changed the rules of the game after the fact, which shouldn't be allowed.

"I just feel I have been set up, suckered — played by my own government," she wrote.

It's possible that some people will hit the earnings requirements when they file their tax returns next spring because the 12-month period could straddle 2019 and 2020.

During the event with Cosgrove, Singh said the Liberals should waive any repayment requirements for self-employed workers who applied in good faith.

"Instead of going after those folks, there should be an immediate end to pursuing people that are self-employed that applied for CERB," Singh said. "In fact, it's more than just good faith. They applied with the information they had, and they did the right thing."