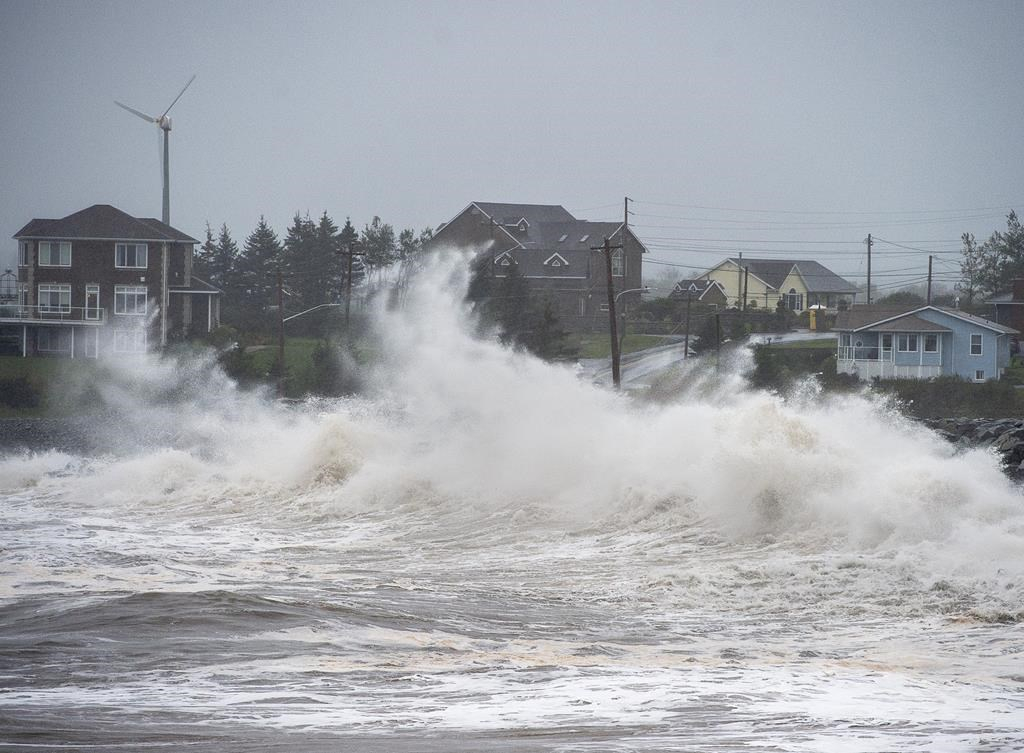 It was another year of record-breaking disasters and crazy, dangerous weather from coast to coast, says Environment Canada's senior climatologist.

The East Coast experienced eight hurricanes compared with the normal two or three. A chokehold of wildfire smoke gave southern British Columbia some of the dirtiest air in the world.

A flood washed residents of Fort McMurray, Alta., from their homes.

"It was an expensive year. It was an extreme year," said Dave Phillips. "There were no shockers."

Compiling the annual list of Top 10 Canadian weather events since 1996 hasn't left Phillips blasé. It's just that, after 24 straight years of normal or above-normal temperatures, this is what Canada can now expect.

"Scientists have seen this very clear link between climate change and weather extremes," said Phillips. "There's no denying it any more."

The year 2020, he said, was remarkable for the impact weather and climatic events outside Canada had inside its borders.

Waters in the Atlantic, far off Canadian shores, were up to three degrees warmer than average.

"Conditions outside of Canada made for a more active hurricane season," Phillips said. "It was a hyperactive season."

"It was an expensive year. It was an extreme year," says Environment Canada's senior climatologist. "There were no shockers." #climatechange

Smoke from vast wildfires in the U.S. Pacific Northwest drifted into southern B.C. and as far as the eastern slopes of Alberta's Rocky Mountains. Victoria and Vancouver had up to 80 per cent more smoky hours in September than they did in 2018 when the province was ablaze.

"What 2020 showed, through smoky skies in British Columbia, frequent hurricanes in the East, and vanishing ice in the North, is that climate change occurring elsewhere outside of Canada is also having an increasingly greater impact on the health and well-being of Canadians at home," Phillips said.

Driven by 70-kilometre winds, the icy missiles shattered windows, downed trees and battered 32,000 cars. The flood that followed swamped streets, led to blackouts in more than 10,000 homes and cost about $1.3 billion in insurance claims.

At one point, Victoria was shrouded for 186 consecutive hours. In some places, temperatures fell eight degrees as smoke blotted the sun. Vancouver's air was up to seven times more toxic than it had been during B.C.'s 2018 wildfires.

Back to Alberta for third place.

A cold spring followed by rapid warmth and rain caused ice jams that raised water levels on rivers in the Fort McMurray area between 4.5 and six metres in a matter of hours. The ice slabs were so big explosives couldn't remove them and 13,000 residents had to leave their homes for more than a week.

An endless — and merciless — summer in Central and Eastern Canada was fourth.

On May 27, Montreal hit 36.6 C, an all-time May record. In June, Quebec broke 140 temperature records. Ottawa's average temperature for the hot spell was its highest in 145 years.

Fredericton had the most days above 30 C in 50 years. Summerside, P.E.I., had 10 such days compared with the average of one.

It wouldn't be a Canadian list without a snowfall story. This year it came from St. John's, N.L., where a blizzard deemed a "bomb cyclone" in January howled 18 straight hours. Nearly a metre of snow buried cars up to their hood ornaments.

Canada needs to come to grips with climate change, said Phillips, who added that the COVID-19 pandemic may show reason for optimism.

"The lesson from the pandemic is that the world mobilized," Phillips said.

"Science is the winner. Climate change (science) may very well benefit from that."

At least, that's his hope.

"There's no vaccine for extreme weather."

This report by The Canadian Press was first published Dec. 16, 2020

Wild winter in store for Canada this year: Weather Network

The phrase 'natural disaster' is going up in smoke

By Bob Weber | News, Politics | June 2nd 2020
Reports from the Race to a Safer World