How homeowners can save energy, money from the feds' climate plan 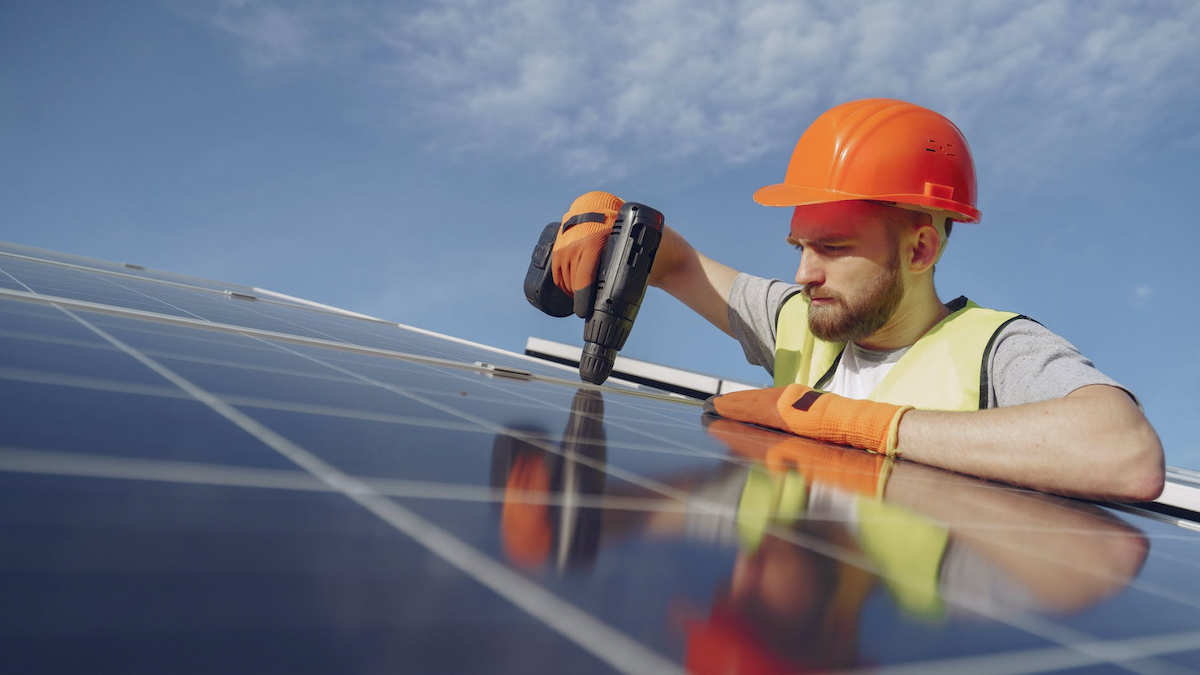 The federal government unveiled a climate plan this month that includes $2.6 billion over seven years to help homeowners improve their energy efficiency. Photo by Gustavo Fring/Pexels
Previous story
Next story

In hopes of getting the country to meet its 2030 emissions reduction targets under the Paris Agreement, Prime Minister Justin Trudeau and other ministers announced a climate plan on Dec. 11 that includes an investment of $2.6 billion over seven years to help homeowners.

The feds plan to provide homeowners with up to $5,000 in grants and one million free EnerGuide assessments to make their homes more energy efficient, though no timeline for these initiatives has been announced yet. Canada’s National Observer spoke to two companies in Ontario that do these assessments to get a better idea of how they work and how they’re environmentally beneficial.

What is an EnerGuide assessment?

According to Philip Ridge, president of Ridge Energy, an EnerGuide assessment is a “road map of energy efficiency” — essentially an audit that tells a homeowner how their home currently uses energy and which upgrades they can make to save energy.

The assessment is performed by private energy advisers and service organizations that use official trademarks and software from Natural Resources Canada (NRCan) under a licensing agreement — making the energy audits standardized across the country.

Besides learning how energy efficient their homes are, an EnerGuide assessment allows homeowners to apply for rebates and incentives. For example, Green Home is a program by the Canada Mortgage and Housing Corporation that offers a refund of up to 25 per cent on the cost of mortgage loan insurance for homeowners who renovate their homes.

There are also local programs such as the Home Efficiency Rebate initiative in Ontario, which gives homeowners up to $5,000 in rebates for upgrading insulation and windows, among other renovations.

Currently, assessments cost $400 plus tax, according to Ridge, but they’ll be free once the feds’ plan kicks into gear. There’s also another $200 assessment that is done after a homeowner makes renovations to see if they’re eligible for the incentive programs.

How should a homeowner prepare for an EnerGuide assessment?

Before an energy adviser conducts an assessment, a homeowner must do the following things, according to Ridge:

The feds have promised to provide one million EnerGuide assessments to homeowners as part of their new #climate plan. Here’s a breakdown of how the assessments work and how they can make your home more energy efficient.

What happens during the assessment?

During the one- to three-hour assessment, an energy adviser will first measure the windows, doors and other parts of the house, both from the inside and outside. They will go in the attic to measure wall insulation, as well as the basement or crawlspace. Then the adviser will perform the blower door test, which is used to measure the airtightness of a home.

The blower door itself is a machine with a high-capacity calibrated fan that is installed in an exterior doorway. When the fan is turned on, it’s able to depressurize the home and lets the energy adviser know where there are drafts in the house — the draftier the house, the more air leakage and heat loss.

After the assessment, the homeowner gets two reports and an EnerGuide label. The first report breaks down how a home consumes energy on an annual basis through cooling, heating, ventilation, lights and appliances. It also provides a pie chart that shows the areas in the home that lose the most heat.

The second report identifies potential upgrades that a homeowner can make to save energy and money. The energy adviser will rank the renovations they believe will be the most beneficial, setting out their costs and potential contributions to greenhouse gas emission reductions.

Paul Gagliardi, managing director of BuyWise Consulting, reminds homeowners they don’t have to do all renovations at once.

However, he advises people be strategic about which renovations they do first. For example, homeowners should insulate before replacing a heating system.

“A house that’s more energy efficient because of the added insulation will, down the road, not require the same size heating system. So a customer can downgrade their heating system and save additional money,” Gagliardi explained.

Finally, homeowners are provided with an EnerGuide label that gives the home a rating on energy efficiency and compares the result to a typical new house of a similar size and location.

The rating is measured in gigajoules (GJ), a unit of energy roughly equivalent to the energy from two standard barbecue propane tanks or 30 litres of gas in a motor vehicle tank.

A home would have a rating of zero if it generates as much energy as it uses, however Ridge says it’s unrealistic for people to meet that goal.

“A rating of 90 GJ is very reasonable for any house,” Ridge said.

What are the benefits of getting an EnerGuide assessment?

For Ridge, an assessment is the first step to a healthier home.

The more costly a renovation, the more energy is saved. For example, upgrading the hot water system can save about eight GJs every year, while insulating the foundation can save almost triple that amount, according to Ridge.

A good EnerGuide rating can also add value to the price of a home and be a selling point for prospective buyers, Ridge added.

Although the amount of money saved will vary depending on the renovations made, Ridge estimates homeowners can save between $500 and $1,000 each year.

If anyone designing that

If anyone designing that protocol is interested, I could certainly provide some feedback as to its shortfalls.

CleanBC has a nifty web tool

CleanBC has a nifty web tool that lists national, provincial & local rebates, incentives & cheap loans for energy-to create efficient, low-carbon homes across BC. There are many, & could easily add thousands of $$$ to your new home or retrofit budget. BC & some local governments offer incentives to help with EnerGuide assessment costs. < https://betterhomesbc.ca/rebate-search-tool/>

The emphasis, when I did this

The emphasis, when I did this in Alberta about 10 years back, was on getting a super-efficient furnace, and we dropped $8K on same. I suppose it will pay back over a few decades.

What I struggled with, was going straight to a heat pump - a pricey option in Calgary, where you have to bury heat-gathering tubes way underground. It was at least $20K and we really didn't have it.

But it's just as important to stop using fossil for heat altogether - we have to pick a year where no more furnaces go in, save where there's some compelling reason for a variance.

A real climate plan would pick that year.

Do note that there is now a

Do note that there is now a wide selection of cost-effective cold-climate air-source heat pumps that are much less expensive than (ultra-efficient) ground source heat pumps. In the many parts of Canada with low-emission electricity (ie BC, Manitoba, Ontario, Quebec) these 'state-of-the-shelf' heat pump technologies eliminate GHG emissions from fossil fuel furnaces & boilers. < https://www.nrcan.gc.ca/energy/products/categories/heating/heat-pumps/ai... >

This program of standardized

This program of standardized audits is welcome, and I hope that the feds give it some staying power. I've been around long enough to see energy conservation programs come and go since the '70s. And I remember how people were paid to put UFFI into their homes, and then paid to rip it out!

However, if this audit program is to translate into actual energy savings, there's a missing link which is going to limit how many homeowners implement audit recommendations.

The problem is that just about everyone either has firsthand experience or knows someone who has lived through a horrific home renovation nightmare: hassles with contractors, blown budgets, serious delays, poor workmanship etc. Frankly, there are lots of us - and I definitely include myself - who might have the money available and don't need a subsidy to motivate us, but simply can't face all of the potential grief and aggravation! This is a genuine real-world barrier, but I've never seen it addressed by any existing or proposed programs.

But if we can muster the necessary social mobilization to defeat COVID, surely this isn't impossible? Why can't there be a publicly-regulated registry of certified contractors specialized in energy conservation retrofits, combined with a public auditing / inspection / dispute resolution authority to keep the industry honest?

And why do everything piecemeal? My community had a good chunk of its housing stock built in a single boom period about 50 years ago, and these homes have a limited variety of styles, floor plans, and materials. A standard retrofit recipe would cover a lot of the target stock, and could used as the basis for standard contracts that could do entire blocks or subdivisions at a time. Instead of expecting every homeowner to figure out and schedule everything themselves, let's have some coordination!

The article is an interesting

The article is an interesting read and outlines some options. The government is setting up a fund of some 2.6 billion as incentive to take steps to improve the home and make it energy efficient.

Simple question "How does the government plan on finding the money to do this program". Government has spent some better part of 1 trillion dollars to help fight the COVID-19 pandemic. The likely hood of this program coming to pass depends on taxpayer dollars coming from the Canadian taxpayers to fund the project.

Another pie in the sky program with no money available to fund the program.

I live in an old, fully paid

I live in an old, fully paid off home. Maybe the government will give me money to blow it up and build a new energy efficient home. All refits that are possible have been done so the only solution is to destroy it. I am fortunate enough to live in a paid off home and plan to stay in it until I die or am put in a facility which may not be more than a few years off. Then the government can do with it as they wish. Maybe they should spend money on affordable, golf houses for the average person so that not only the very rich can afford to own a home today.