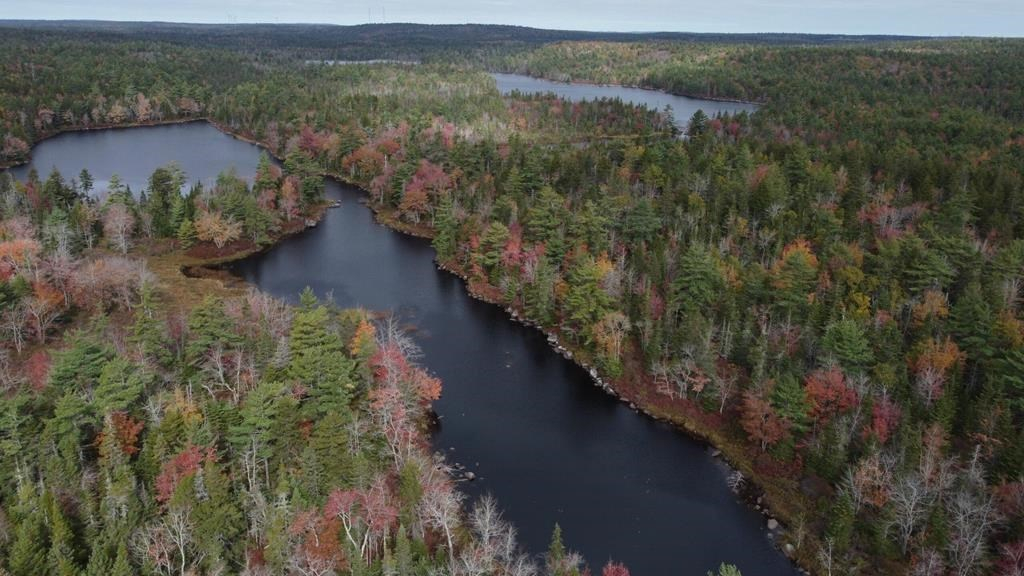 An aerial shot of the Blue Mountain Wilderness Connector is shown in a handout photo. THE CANADIAN PRESS/HO-A for Adventure
Previous story
Next story

HALIFAX — The recent purchase of a huge swath of land just outside Nova Scotia's capital city marks a “huge win” for conservation efforts in the province, according to a local environmental advocate.

On Tuesday, the Nova Scotia Nature Trust said it had successfully completed the purchase of the Blue Mountain Wilderness Connector, a 220-hectare private plot of wildland west of Halifax.

The group’s executive director, Bonnie Sutherland, said the purchase will help protect thousands of untouched hectares of wilderness from future industrial, residential and logging development. “It helps to provide that landscape level connectivity that's so important for the long term for nature to survive and thrive,” Sutherland said Tuesday. “It's a huge win for conservation.”

Sutherland said the group raised $2.8 million over the last two years to complete the purchase, which went through in mid-December. Funding partners included the City of Halifax, the Nova Scotia Crown Share Land Legacy Trust and the Canada Nature Fund.

The protection of the area is a crucial step in warding off encroaching urban expansion, Sutherland said. “If you look at an aerial view, you can see that there are intense developments right up to the edges of what's been protected in almost every direction so those pressures are real."

The protected area will only be open for “non-mechanized recreation,” including hiking, paddling and swimming, Sutherland added.

Momentum for the protection of nature has been steadily growing over the past decade, she said. “Twenty-five years ago, there was just a sense that we have tons of nature and we don't really need to protect it,” she said.

Sutherland's group said it plans to protect more than 12,000 hectares across the province by the end of 2023.

The recent purchase of a huge swath of land just outside Nova Scotia's capital city marks a “huge win” for conservation efforts in the province, according to a local environmental advocate.