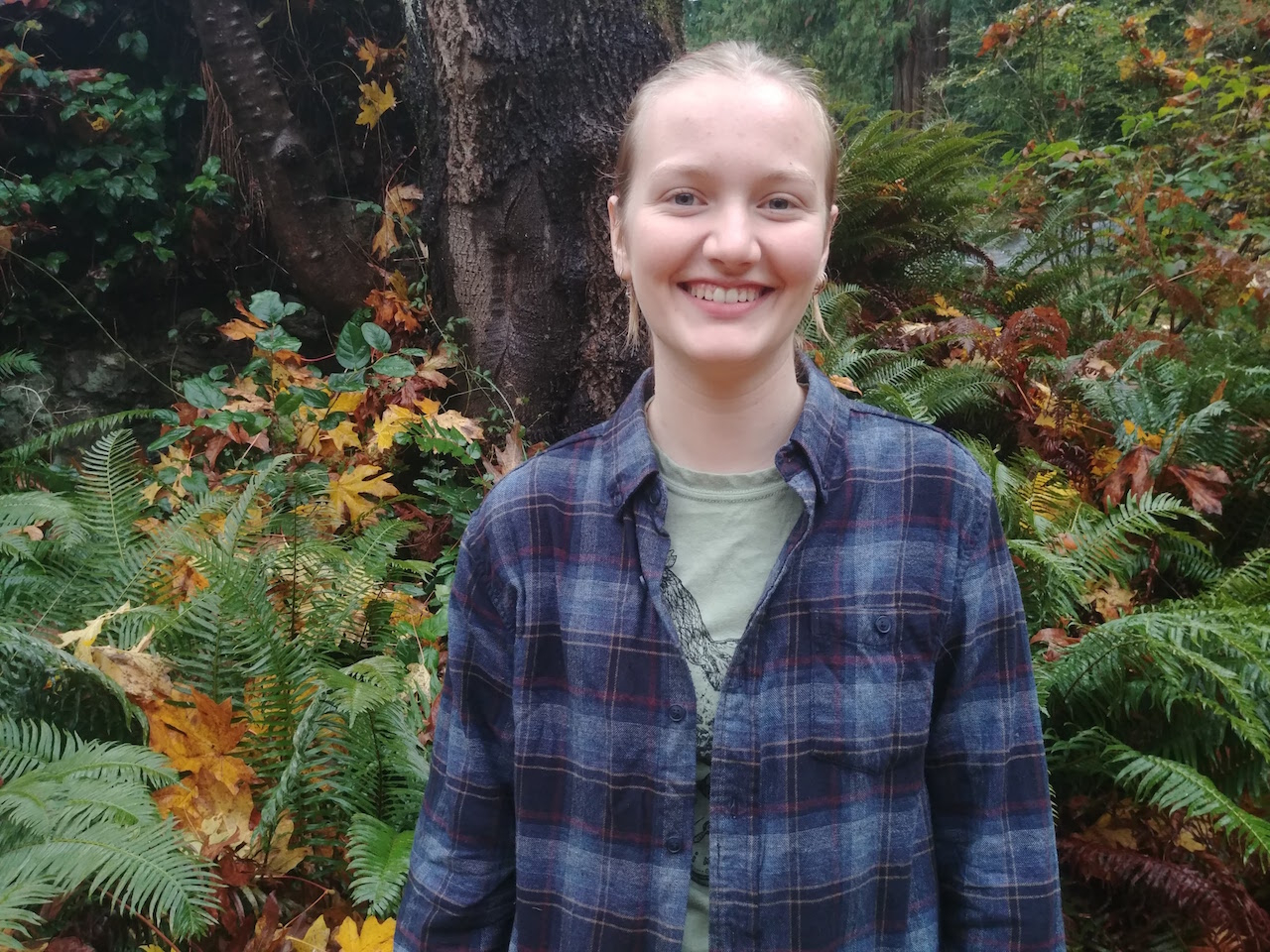 Katie Wheeler, 17, grew up and was shaped by the Cortes Children's Forest. She wants other youth to have the same opportunity. Photo courtesy of Katie Wheeler
Previous story
Next story

Katie Wheeler grew up counting salmon in creeks, swimming in icy ocean bays and examining the trees, plants and creatures in a section of rainforest on the northern end of her small B.C. island.

The 17-year-old’s childhood memories are rooted in her experiences in the Children’s Forest on Cortes Island.

Now the young woman hopes to contribute to a community effort to protect the area so younger kids can enjoy it like she did.

Wheeler acts as a youth mentor for the Forest Trust for the Children of Cortes Island Society, a charity formed in the hopes of buying 640 acres of forest from timber companies for future generations.

“(The forest) has a lot of endangered species of animals, plants and fungi. And ecosystems that are non-existent now in a lot of places because of logging,” Wheeler said, noting pockets of old-growth remain on the properties held by Mosaic Forest Management.

“I’ve lived on Cortes my whole life, so I’ve watched the forest change and grow, too,” Wheeler said.

“Now I'm one of the older kids showing the younger ones all these things in the forest, which is pretty awesome.”

Wheeler participated in a recent MycoBlitz — a quick, intense survey of the fungal species in the Children’s Forest led by prominent mycologist and author Paul Stamets.

Then she acted as an interpretive guide to share the mycological findings with local families and kids.

The experiential family event reflects the main goals of the forest trust, said board chair Chris Dragseth, who noted nature-based initiatives and ecological surveys occur on a regular basis.

Beyond leaving a forest legacy, the trust hopes to catalogue biodiversity in the area and provide children and families opportunities to practise environmental stewardship, he said.

Protecting the forest would boost connectivity of the green space to maintain important wildlife corridors, as well as the James Creek watershed, which includes important wetlands and fish habitat.

“It’s a pretty unique area, from an ecosystem point of view,” Dragseth said.

The trust’s board has met with Mosaic managers to determine how best to move forward, he said.

“We've had discussions with Mosaic, and they've been positive,” Dragseth said. “But it's unclear how long this is going to take.”

The trust won’t start a big fundraising blitz until the board can reach an agreement with Mosaic and get a fixed price for the land, he added.

“Hopefully, in 2021, we'll have some more substantive discussions,” he said, noting the land is likely to cost millions of dollars.

“The rub is: How do we achieve that (agreement) and make sure that there's a win-win for both parties?”

But the group is hopeful about achieving its goals, said Dragseth, who added some large funders have expressed interest in donating when negotiations reach a critical stage.

Plus, the Cortes community has a history of success in protecting forests on the island.

After decades of activism, residents, with the help of the Strathcona Regional District, purchased 70 acres from a forestry company to create the Whaletown Commons Park in 2014.

As did community members in the small Vancouver Island town of Cumberland; they have managed to protect more than 500 acres of forest land.

Wheeler is convinced any future effort involved in securing the forest will be worthwhile.

Even she wasn’t aware of how much she benefited from forest learning until she left Cortes to attend high school on neighbouring Vancouver Island.

“I realized how lucky I am to have been able to learn so much about the forest,” Wheeler said.

She was puzzled when she discovered she knew more about plants and the environment than many of her classmates.

“I didn’t realize it wasn’t normal to have that,” Wheeler said.

“And then making new friends who didn’t know or have an interest in wild places, it made me realize how blessed I am to have had the opportunity.”