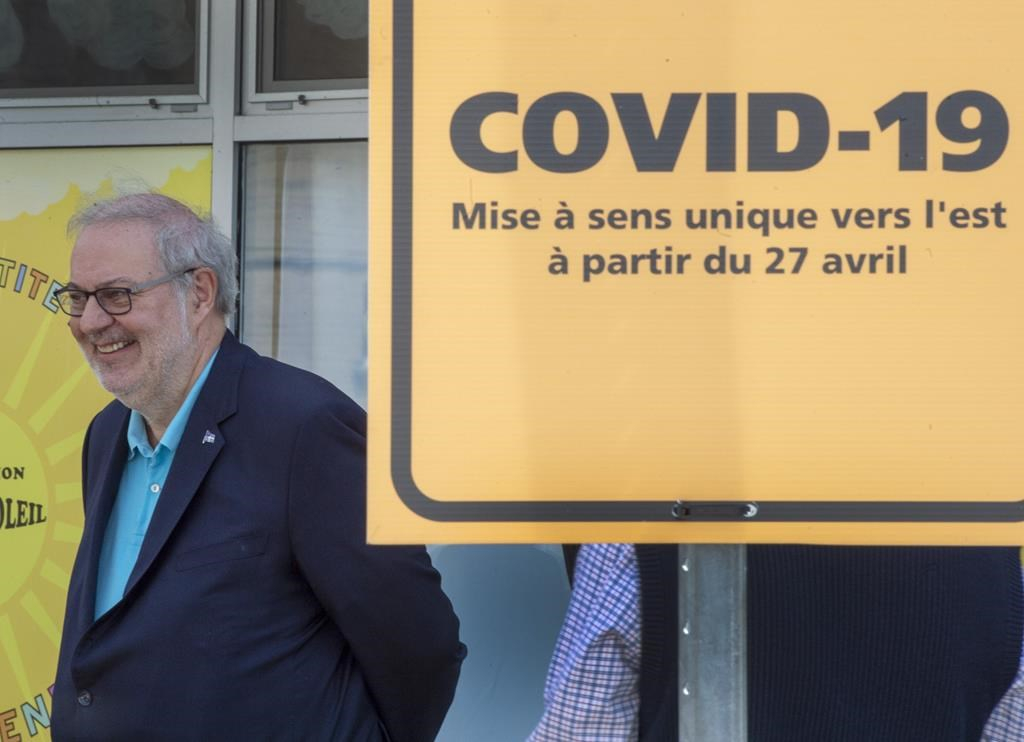 Quebec Liberal leader Pierre Arcand speaks to the media during a news conference in Montreal on April 29, 2020. File photo by The Canadian Press/Ryan Remiorz
Previous story
Next story

Quebec Liberal member Pierre Arcand is being asked to return home amid mounting criticism over his decision to vacation in the Caribbean.

A spokesperson for Liberal Leader Dominique Anglade confirmed today that she has asked Arcand to return home from Barbados as soon as possible.

Arcand, a former interim leader of the party, issued a statement on Tuesday saying he regretted his decision to take the trip with his wife and promised to respect the 14-day isolation period required by the federal government for travellers who return from abroad.

Both the federal and provincial governments have warned against non-essential holiday travel, and the Quebec government has asked Ottawa to increase surveillance of returning travellers amid soaring COVID-19 numbers.

Anglade told radio station 98,5 FM this morning that she had known Arcand planned to leave and said she had tried to discourage him from doing so.

She said she should have prohibited members of her party from leaving the country.

This report by The Canadian Press was first published Dec. 30, 2020