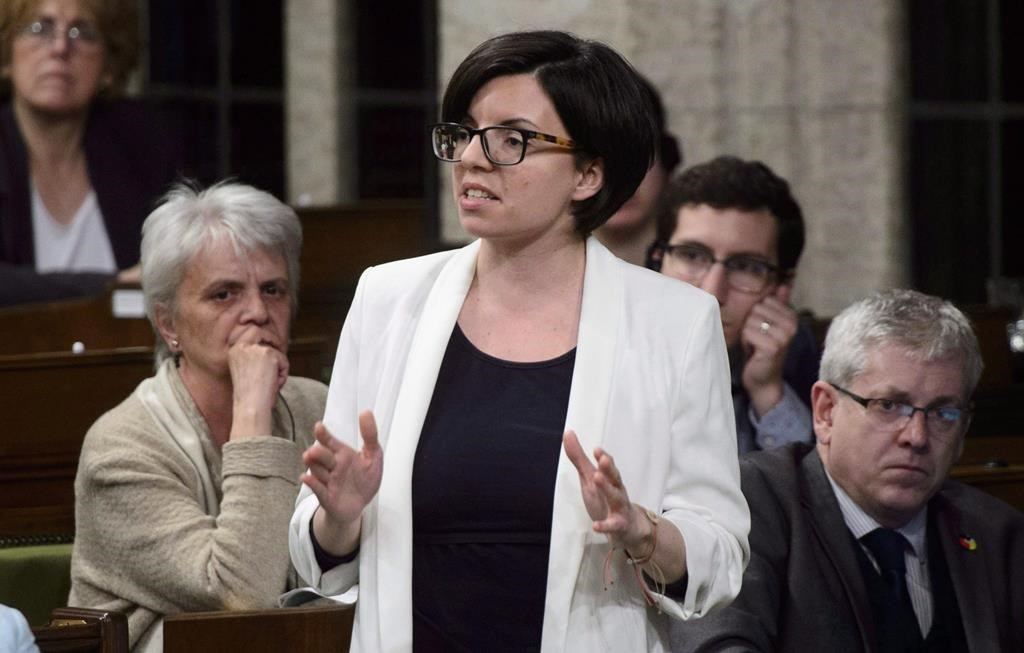 A number of politicians have admitted to leaving the country over the December holiday period, even as their constituents adhered to public health guidance meant to curb the spread of COVID-19 and hunkered down at home.

Here's a look at some of the lawmakers who took trips abroad despite public health appeals to avoid non-essential travel.

When Rod Phillips jetted off for a sunny Caribbean vacation on Dec. 13, he touched off a political storm that engulfed him when he returned home to Ontario.

Phillips resigned as the province's finance minister on Dec. 31, hours after returning from a two-week trip in St. Barts.

Phillips, who will remain a member of the provincial legislature, called the decision a "significant error in judgement."

His apology did little to assuage criticism against Premier Doug Ford for not taking action when he first learned of the cabinet minister's travels shortly after Phillips left for warmer climates.

The federal New Democrats stripped the veteran member of Parliament of her cabinet critic positions after she travelled to Greece to visit her seriously ill grandmother.

The party released a statement on Jan. 1 saying Greek officials, who currently only permit visitors to enter the country if they can prove their trip is essential, approved Ashton's visit.

A number of #politicians have admitted to leaving the country over the December holiday period, snubbing public health guidance meant to curb the spread of #COVID19. #CDNpoli

The party said Ashton, who represents the riding of Churchill-Keewatinook Aski, reached out to Canadian officials for "best practices,'' but did not notify leader Jagmeet Singh or the party whip of her travel plans.

The federal Liberal MP announced Sunday she was stepping down from her role as parliamentary secretary to the minister of international development after travelling to Seattle over the holidays.

The MP representing the Ontario riding of Brampton West says she flew to Seattle on Dec. 23 to attend a small memorial service for her uncle and father, who died within weeks of each other earlier in the year.

Khera has been back in Canada since the end of December.

The Liberal member of Parliament announced Sunday that he would step down from his committee roles after travelling to Delaware to be with his wife's ill grandfather.

Zuberi, who represents the Montreal riding of Pierrefonds-Dollard, said in a statement posted to Twitter that the trip was an "error in judgment."

He said he returned to Canada on New Year's Eve, and is abiding by the mandatory two-week quarantine.

The former imterim head of Quebec's Liberal party expressed regret last month over his decision to vacation in Barbados with his wife.

Dominique Anglade, who currently heads the party, said she asked Arcand to return to Canada after word of his Caribbean travels got out.

Anglade told a Quebec radio station that she had known Arcand planned to leave and had tried to discourage him from doing so.

Arcand apologized for making the trip in his Dec. 29 statement.

The member of the governing Coalition Avenir Quebec is currently in Peru visiting his husband, who he said he has not seen in about a year.

Chassin said in an interview that his trip is not a vacation and that he does not believe it contradicts the Quebec government’s message of the need to follow public health guidelines.

He said he got permission from the government whip and Premier Francois Legault’s office before leaving.

Saskatchewan's highways minister apologized on Jan. 1 for travelling to California over the holidays, but gets to keep his seat in cabinet.

Hargrave said he went to Palm Springs for "necessary" personal business: finalizing a home sale and moving his belongings back to Saskatchewan.

He said he plans to return to Canada when he's out of a 14-day quarantine recommended for travellers to California on Jan. 5, and will self-isolate for two weeks upon his return to Canada.

While Opposition politicians have questioned whether Hargrave's trip was essential, Premier Scott Moe said he will stay on as minister despite his self-admitted "error in judgement."

Moe was informed of Hargrave's trip before he left on Dec. 22, a spokesman for the Saskatchewan Party government said.

A Hawaiian vacation from Alberta's municipal affairs minister touched off not only a new directive from the province's premier, but a spate of other revelations about holiday excursions by several of her cohorts in the United Conservative government.

Shortly after Allard's trip came to light, Premier Jason Kenney issued a directive summoning caucus members and senior staff back to the province.

Kenney said he ought to have issued such orders sooner, but said Allard and other party members who went abroad will not face sanctions as they did not violate any firm rules.

Allard held a New Year's Day news conference in which she apologized for taking the trip, describing the Hawaiian vacation as a long-standing family tradition.

The MLA for the Alberta riding of Calgary-Klein also opted to jet off to Hawaii over the Christmas break.

Nixon said in a Facebook post that he would "work hard" to regain constituents' trust, adding he followed and followed public health guidelines while abroad.

Another social media apology came from yet another Calgary-area MLA after it was revealed she travelled to the United States to visit her sister.

The representative for the riding of Calgary-Peigan commended Alberta residents for their adherence to public health protocols in the face of the pandemic.

She said in a Facebook post that she apologized "wholeheartedly" for not doing the same and pledged to abide by Kenney's new directive.

The MLA for Red Deer-South in Alberta struck a different tone in his Facebook post in which he disclosed a recent trip to Phoenix, Ariz.

Stephan said he felt he was in compliance with public health guidelines and noted he had never asked other provincial residents to forego travel.

But Stephan said he would return home in accordance with Kenney's directive.

"There is already too much contention in our society and I regret if my actions have contributed to that," he wrote.

A spokesman for the United Conservative Party caucus says the MLA for Fort McMurray-Wood Buffalo in Alberta is currently in Mexico, and party officials haven't been able to reach him.

Tim Gerwing says the party is still trying to contact Yao to tell him about the premier's directive to return home.