By Rob Drinkwater | News, Politics | January 2nd 2021
For subscribers
#1084 of 1611 articles from the Special Report: Coronavirus in Canada 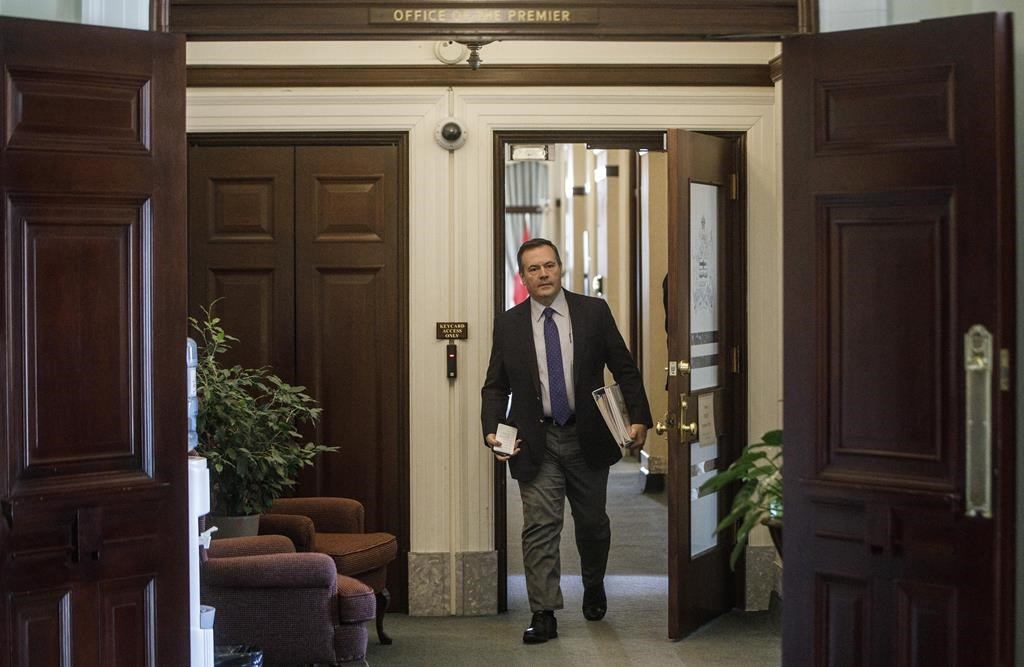 Alberta's municipal affairs minister apologized Friday for vacationing in Hawaii, despite recommendations to stay home, explaining that she wanted to keep up a 17-year family tradition of spending Christmas in the tropical locale.

Tracy Allard said she went on the holiday this year with only those in her immediate household — her husband and daughter.

She felt confident the trip could safely go ahead during the COVID-19 pandemic and it would comply with Alberta's health mandate, she told reporters Friday.

But she admitted it was a mistake that, in hindsight, seems "dismissive of the frustration and grief" many Albertans have experienced because they cancelled their holiday plans.

"This is the last thing I would have ever wanted for people to feel and I naively made this decision and I regret it," said Allard, who returned home Thursday.

Premier Jason Kenney, during an earlier news conference, said he became aware Tuesday of Allard's trip as well as foreign holidays by a few other legislature members and senior officials, including his own chief of staff.

They have also returned to Alberta or are making plans to travel back, Kenney said.

He said it was his own fault for not issuing a clear directive that senior officials and members of his United Conservative caucus should not be abroad during the health crisis. And he has now ordered all of them not to travel outside Canada unless it's for government business.

Those in public positions should be held to a higher standard, he said.

However, those who have already gone on trips will not be punished, since they didn't break any official rules.

"I really don't believe I can impose sanctions on individuals who did not violate the public health order or the law, who have returned to Canada or are in the process of doing so."

Other Canadian politicians have been in hot water this week for travelling abroad during the pandemic.

Rod Phillips resigned as Ontario's finance minister Thursday after returning from a Caribbean vacation. In Saskatchewan, Highways Minister Joe Hargrave apologized for travelling with his wife to Palm Springs, Calif., to complete the sale of a home. And in Quebec, Liberal assembly member Pierre Arcand was criticized for a trip with his wife to Barbados.

Allard noted that Alberta is piloting an international border testing program for COVID-19 in order to promote safe travel. Kenney also said his government has been promoting travel to support the economy, and that studies indicate flying presents a low risk for transmission for the novel coronavirus.

"If all or almost all travel was to be suspended, I do not believe that WestJet could survive. And the failure of that company would, frankly, be catastrophic for Alberta's economy," Kenney said.

Allard, the legislature member for Grande Prairie, had COVID-19 in October. At the time, Kenney and some other legislature members who had contact with her went into self-isolation after learning of her positive test result.

The province has advised against non-essential travel outside of Canada. And Kenney said that during his government's pre-Christmas caucus meeting the chief government whip "strongly encouraged MLAs to stay in the country."

Allard said she did not need to ask for permission to go on the trip, but did sign forms indicating her plans. She also worked while she was away.

She added that a video of her standing beside a Christmas tree at the legislature, sending holiday greetings, was posted on her social media account by her staff on Dec. 23, while she was in Hawaii. It was not meant to be mislead Albertans that she was in the province, she said.

Kenney said he does not have a list of officials who recently took foreign vacations, but he does know that his chief of staff, Jamie Huckabay, travelled to the United Kingdom with his family before Christmas. After learning of the COVID-19 variant in the U.K., Huckabay changed his travel plans and returned on Boxing Day, the premier said.

The Opposition NDP repeated calls for Allard's resignation for neglecting her pandemic duties. Allard is also in charge of emergency preparedness for the province.

Leader Rachel Notley said in a tweet that all 24 NDP legislature members have been in Alberta for the holidays.

While Kenney said earlier this week he was frustrated with the slow pace of vaccinations, he said Alberta Health Services is now vaccinating more than 3,000 people per day. He said about 17,000 Albertans were to have received vaccines by the end of Friday.

This is what passes for

This is what passes for leadership from the UCP? Appalling.