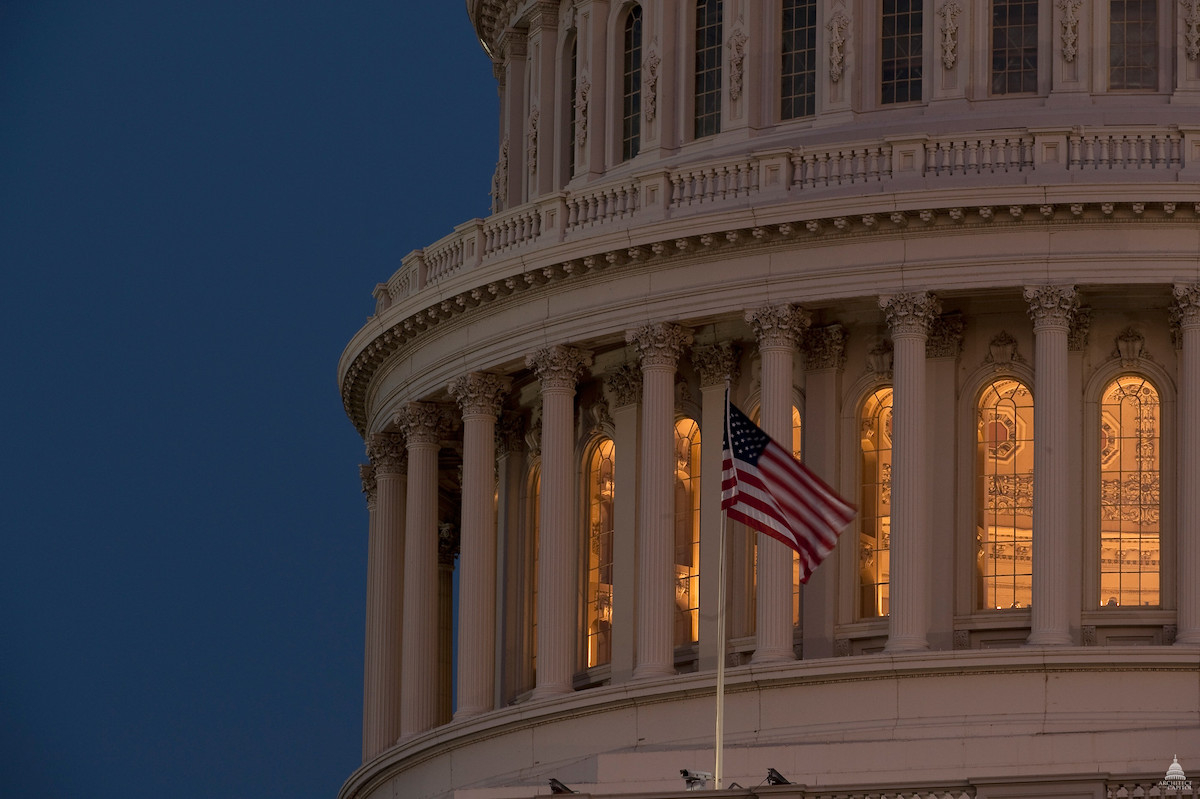 The destruction on Wednesday halted the certification of president-elect Joe Biden's victory and led to parts of Capitol Hill being evacuated, as some people inside were ushered into lockdown. Photo via US Capitol / Flickr
Previous story
Next story

"Canadians are deeply disturbed and saddened by the attack on democracy in the United States, our closest ally and neighbour," said Prime Minister Justin Trudeau. "Violence will never succeed in overruling the will of the people. Democracy in the U.S. must be upheld — and it will be."

Trump has been falsely alleging the U.S. presidential election was fraudulent, a claim that has been debunked by everyone from his own Justice Department, to the U.S. Supreme Court, judges and election officials. Yet the president still called on his supporters to march on Washington in protest.

Earlier in the day, steps from the White House, Trump’s personal lawyer Rudy Giuliani egged on a fired-up crowd, saying: “Let's have trial by combat.” Some Republican lawmakers had also planned to object to president-elect Joe Biden’s victory, as a joint session of Congress met for a ceremonial event affirming his win.

People carrying flags emblazoned with Trump’s name swarmed the steps of the Capitol, smashing their way into the building. Spilling down hallways, they made their way to the Senate floor, and vandalized Speaker Nancy Pelosi’s office. Reports indicate one person was shot and an explosive device was found nearby.

The "horror unfolding in Washington" was "frightening" but incited by Trump himself, noted NDP Leader Jagmeet Singh. “He can end it now, but refuses to. Democracy must not be intimidated. The violence must end.”

“The peaceful transition of power is fundamental to democracy — it must continue and it will,” said Champagne. “We are following developments closely and our thoughts are with the American people.”

"Moments such as these underscore the importance of respect for the rule of law and the peaceful transfer of power — principles upon which any healthy democracy depends."

In a short televised statement, Biden said the riot “borders on sedition” and called on Trump to go on national television to demand an end to the “siege.” Instead, Trump released video, where he continued to falsely claim the election was stolen and told the extremists, “We love you, you’re very special.”

Conservative Leader Erin O'Toole said the storming of the Capitol was “an astonishing assault on freedom and democracy.” He said he was “deeply saddened to see chaos grip our greatest ally today.”

Meanwhile, Bloc Québécois Leader Yves-François Blanchet referred in French to the “degrading situation” caused by Trump at such a central place for democracy. He said the majority of Americans will now certainly be able to see how “this man and this ideology have not served them.”

Other MPs took to Twitter in astonishment as photos and videos of the rioting spilled out of Washington, D.C.

Brown asked readers to imagine the police response if the crowd had been made up of Black people. “If you don’t see white supremacy and a total threat to democracy when you see this, it’s because you don’t want to,” wrote Brown.

NDP agriculture critic and Cowichan-Malahat-Langford MP Alistair MacGregor quoted White House correspondent Andrew Feinberg, who posted a video of the pro-Trump mob marching with a Confederate flag inside the Capitol.

Alberta Premier Jason Kenney said the province has “always had close ties to the United States, so it’s painful to watch the bizarre scenes unfolding at the U.S. Capitol today.”

“Political violence is always wrong, especially when it seeks to interrupt the peaceful transition of power in a democracy,” Kenney added.

I don’t know why people are

I don’t know why people are surprised. I believe Donal Trump is capable of anything but I used to say almost anything. I remove that qualifier. It is very scary that he has at least 11 more days to do whatever chances into his mind. Even then the world won’t be rid of Trump because as long as he has a voice and the capability to use it he will spout off. It is apparent he has no filters whatsoever and cannot keep his mouth shut even if it is in his best interests to do so.