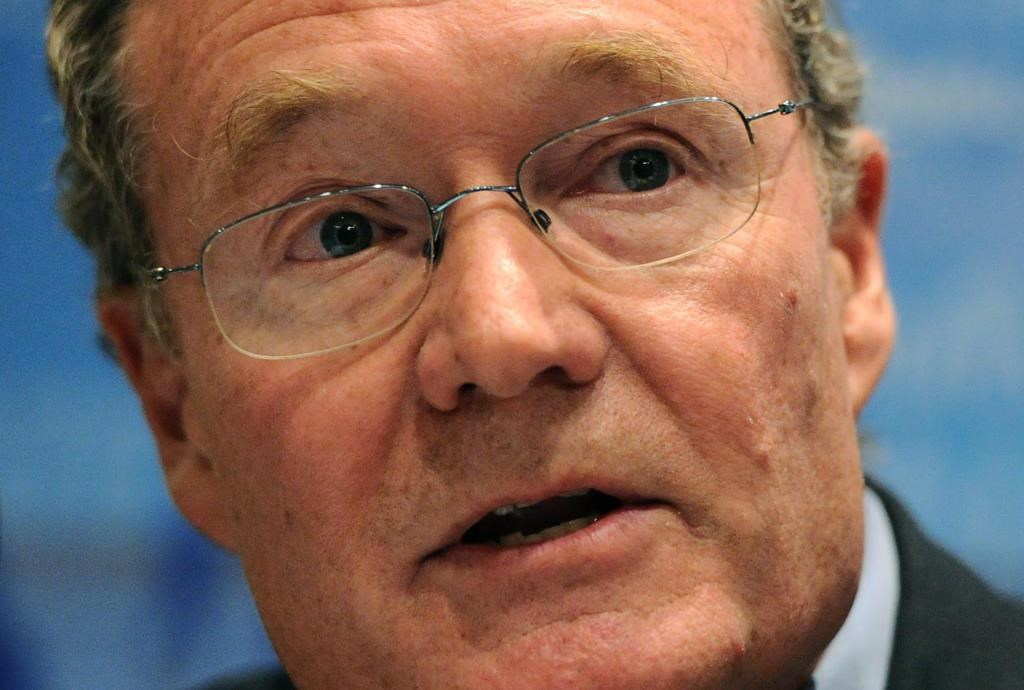 Dr. Jeff Turnbull, the medical director of Ottawa Inner City Health seen here in 2011, detailed the rush to deal with the outbreak in testimony to the Long Term Care COVID-19 Commission. Sean Kilpatrick/ The Canadian Press
Previous story
Next story

A COVID-19 outbreak at an Ottawa women's shelter was linked to two long-term care workers who were staying at the facility because their income couldn't cover their rent, an independent commission has heard.

Dr. Jeff Turnbull, the medical director of Ottawa Inner City Health, described the situation in his testimony before the Long Term Care COVID-19 Commission in mid-December. The commission's hearings aren't open to the public but transcripts are typically posted online days later.

Turnbull recalled a massive rush to sanitize shelters, train staff on COVID-19 protocols and obtain personal protective equipment as the pandemic tightened its grip on the province last winter, noting the system did not have a pre-existing plan to respond to a crisis of this nature.

"This was on the fly, and one of the first things we encountered was there was no regulation, no co-ordination, and we needed to co-ordinate dramatically with our hospitals, our service providers, our shelters, all of those different groups that would be required to make decisive, immediate responses," he said.

Once the new measures were in place, officials began to conduct surveillance testing on shelter residents on top of testing those who showed symptoms, in an effort to figure out how many were infected, he said.

There were outbreaks at several sites, he said. In one case, officials were trying to trace the source of an outbreak at a women's shelter and realized the two infected residents were working outside of the facility.

The pair couldn't earn enough to afford Ottawa's rental market, and unknowingly brought the virus from long-term care into the shelter, he told the commission on Dec. 16.

"It was stupid of me, I just didn't think that that would be a likely possibility of people working outside... and exposing themselves and bringing COVID in that way," he said.

"And so we had to say to people that we don't want you to do that, but on the other hand, if that is the case, then you have to think that they have no income."

Turnbull said they also had to tell the shelter's personal support workers they couldn't work at several sites, causing them to lose income as well.

A union representing some long-term care workers in Ontario said it's sad but not surprising that some staff can't afford housing on their salaries, pointing to low wage increases in for-profit homes and noting the difficulty workers face in securing full-time hours.

Fortier said funding has been made available for long-term care operators whose staff need to self-isolate, and they should make use of it.

"It's just really a shameful situation and the reality is residents and workers are paying the price," she said.

A spokesperson for the minister of long-term care did not immediately respond to a request for comment.

At the commission, both Turnbull and lead commissioner Frank Marrocco, who is the Superior Court's associate chief justice, noted similarities between the shelter and long-term care systems in terms of the challenges they faced during the pandemic.

Among them that many residents may face issues understanding or following COVID-19 guidelines due to mental illness, addiction or dementia, they said.

There are also key differences, however, such as the fact that infection control measures and PPE were already familiar to those in the long-term care system, unlike in shelters, Turnbull said.

He also pointed to significant hurdles in vaccinating those experiencing homelessness in the future, given the mobility of that population.

"You have got somebody who may not even give you their real name. You'll give them the first dose. If we can find them, if they'll agree, if they are trusting enough, by a provider that they know, they'll take a vaccination," Turnbull said.

"However, now you have got to document that, find them in a month, get them a second dose."

Meanwhile, inoculations are underway in the province's long-term care homes, now that Ontario has received doses of the more easily transportable Moderna vaccine.

The commission is expected to deliver its final report this spring.