PM and ministers' offices should be included under Access to Information law: info watchdog 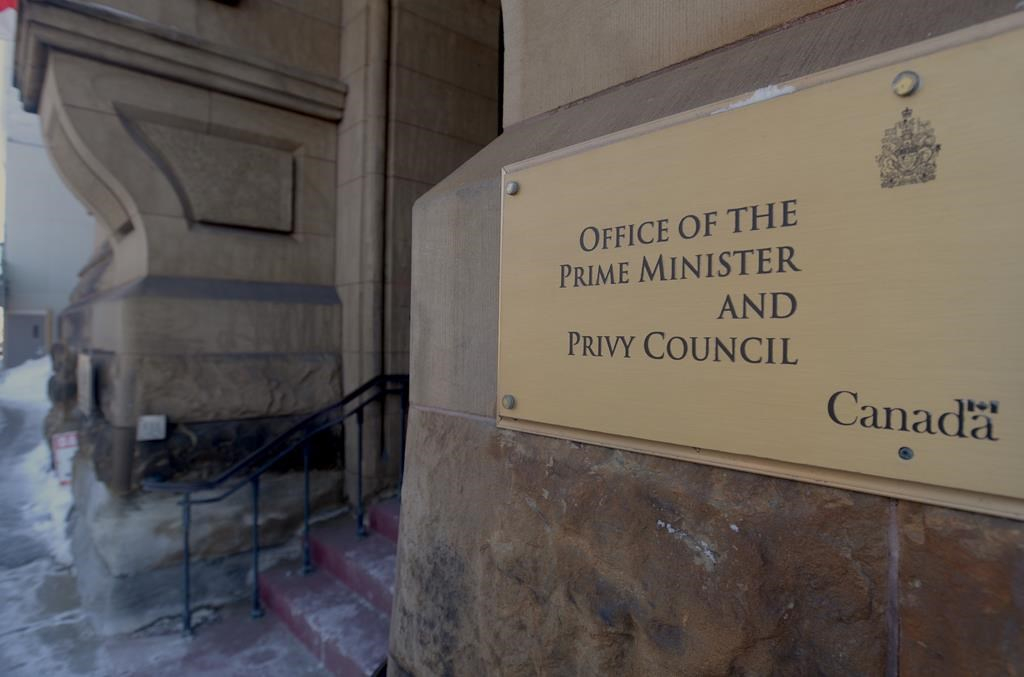 The main door to the Office of the Prime Minister and Privy Council office is seen in Ottawa, on Monday, Feb. 18, 2019. File photo by The Canadian Press/Adrian Wyld
Previous story
Next story

The federal information watchdog is calling for the offices of the prime minister and other cabinet members to be included under the Access to Information Act.

Information commissioner Caroline Maynard says the records these offices hold, with the exception of those of a personal or political nature, should be accessible to the public

Maynard makes the recommendation in a newly released submission to the Liberal government, which is conducting a full review of the access law, intended to be a key accountability tool for Canadians.

Bringing ministerial offices under the access law would honour a promise Justin Trudeau made in the 2015 election campaign but backed away from after assuming power.

Instead, the Liberals introduced a requirement that ministers publish information including mandate letters, certain briefing materials, and travel and hospitality expenses.

However, Maynard says, ministers' offices have other materials relating to their duties that fall outside this obligation.

"It is important to provide the public with access to records that are of interest to them, not just those that are proactively made available to them," says the submission, posted on her website.

Maynard recommends the access law apply to any agency that provides government services or carries out activities of a governmental nature, including those to whom the government has outsourced the delivery of programs.

The law allows users who pay $5 to ask for files ranging from internal memos and email correspondence to briefing notes and research reports.

However, the legislation introduced in 1983 has been widely criticized as antiquated and poorly administered. That has prompted many formal complaints to the commissioner about prolonged delays and blacked-out pages in documents.

The Trudeau government announced the review of the access law in June, but has yet to provide details on how the public might participate, citing challenges posed by COVID-19.

The federal information watchdog is calling for the offices of the prime minister and other cabinet members to be included under the Access to Information Act. #cdnpoli #cdnfoi

Some openness advocates have expressed skepticism about the review, given the many calls for wide-ranging reform over the years.

The access regime had already entered a critical phase before the COVID-19 pandemic and "could soon be beyond repair" if certain serious problems are not resolved, Maynard says.

— Inadequate leadership and a lack of clear guidelines on transparency and disclosure expectations;

— a pressing need to innovate and to allocate enough resources to the access regime;

— a need to properly document decisions and to efficiently manage institutions’ information; and

— the lack of timely declassification of historical records.

"Addressing these areas is essential if the access regime is to work properly, and they require as much immediate attention from the government and heads of government institutions as does the legislative review," Maynard says.

Among her other recommendations:

— Set a maximum length of time for consultations that agencies conduct with other departments when processing access requests;

— Narrow a provision that allows agencies to decline to release material considered to be government advice.