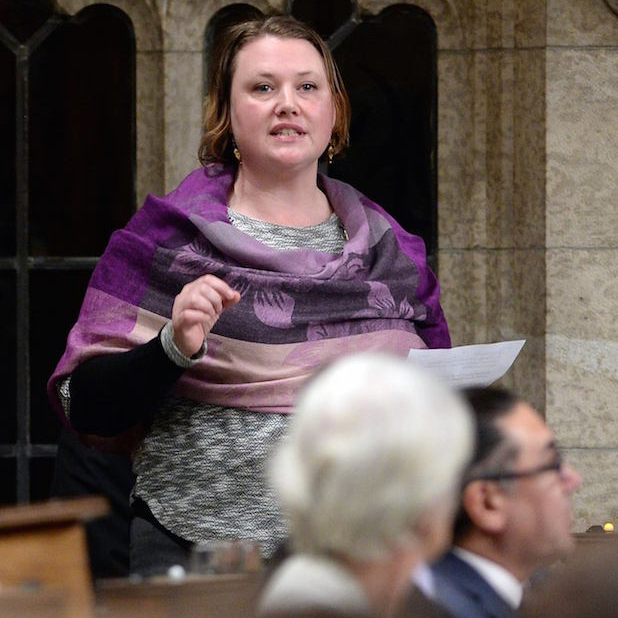 A West Coast MP is urging Ottawa to craft a transition plan with those affected by the potential employment and economic impacts of a recent decision to phase out fish farms in the Discovery Islands.

North Island-Powell River MP Rachel Blaney had a conversation with federal Fisheries Minister Bernadette Jordan on Monday to relay her concerns about the repercussions of the Dec. 17 decision to remove salmon farms from the region by 2022.

Workers and small business owners in the northern Vancouver Island, where the salmon farming industry is a big economic driver, are understandably worried for their future and that of their families, Blaney said Monday.

“I was very clear with the minister a plan needs to be implemented sooner rather than later — that we actually don't have any time to wait,” Blaney said.

“I did ask for a co-ordinated approach to make sure that all of the economic concerns of our region were looked at.”

The NDP MP said she was disappointed the federal government didn’t have a mitigation strategy to support workers and address regional economic impacts when the decision was announced.

“The lack of plan, I think, has really left our communities in a void,” Blaney said.

Jordan’s decision was made following consultations with seven First Nations in the region, many of which expressed concerns about the fish farm operations in their traditional territories.

A coalition of regional mayors and industry stakeholders is also calling on the fisheries minister for a plan. The group has criticized Fisheries and Oceans Canada for failing to consult them before making the decision.

Two other federal MPs have also waded into the debate, issuing a letter last week criticizing Jordan’s decision for failing to consult the region's political leaders and salmon farm operators.

Today my colleague @MelArnoldMP, Member of Parliament for North Okanagan- Shuswap, and myself, wrote a letter to the Minister of Fisheries, Oceans and the Canadian Coast Guard on the Liberal government’s decision to phase out salmon farming licences in the Discovery Islands. pic.twitter.com/r6QJAVZ87O

Blaney said it’s critical to focus on solutions now the decision has been made.

“The government has to take accountability for the decision it made, understand its impacts and then take a regional approach that is going to provide solutions that makes sense for us,” MP Rachel Blaney said on phasing out regional fish farms.

“I respect that the decision (came out of) nation-to-nation consultations,” Blaney said. “Now we need to have everybody come together for a rapid response, we don't have time to waste on anything but focusing on the families and businesses.”

Blaney said she’ll continue to advocate for her constituents with the minister.

But she also recommended the minister establish a forum for all stakeholders to collaborate.

“I feel it’s also very important that there be venue where we could have some of the main stakeholders all come together and make decisions,” Blaney said.

Diversifying the economy, establishing effective internet service and making investments to support wild salmon and habitat restoration in the region were all points to be examined, she added.

“We cannot have something from Ottawa telling us what the solution is,” she said.

“The government has to take accountability for the decision it made, understand its impacts and then take a regional approach that is going to provide solutions that makes sense for us.”

All very true. I'm no fan of

All very true. I'm no fan of fish farming, but it's just like getting rid of fossil fuels: You have to have a plan to help out the people whose livelihoods depended on it. You shouldn't just throw them out of work with no prospects.