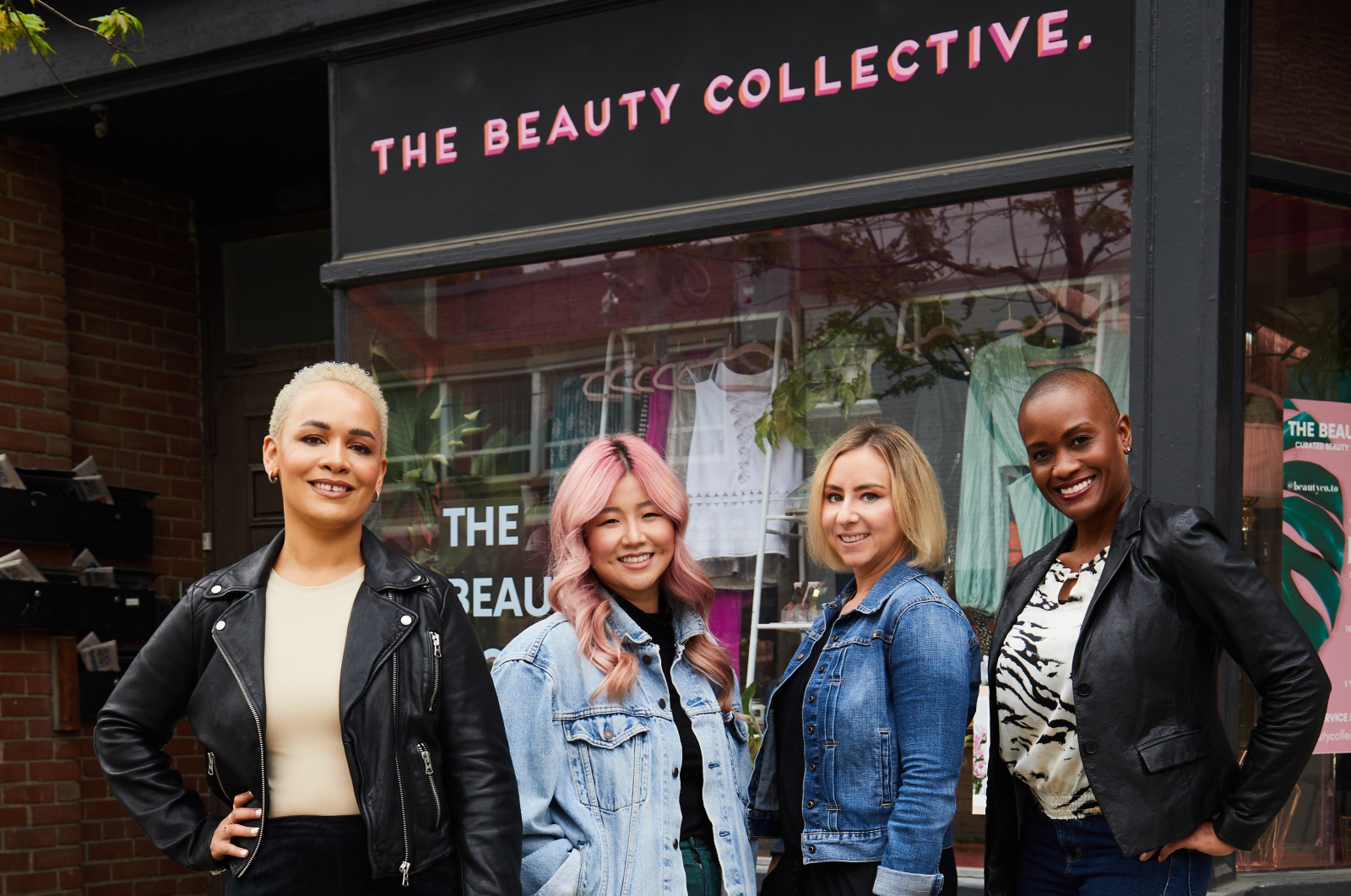 Asha Allen-Silverstein vividly remembers the sense of sadness and dread that came over her one day last March, as she closed up after a makeup workshop in The Beauty Collective’s space at 991 Queen St. E.

The 15-year industry veteran had only opened the store the previous November, but had no idea when she’d be back. The next day, a provincial state of emergency was declared and the COVID-19 pandemic response had begun.

“It was almost like an abyss of not knowing when and how you could reopen,” she recalled in a recent video interview from the shop, where 10 months later, she mostly researches and applies for grants, loans and rent relief to keep afloat while waiting for a time when full service can resume.

It hasn’t ever really gotten much clearer, but the business is still standing, which Allen-Silverstein credits to sharing fixed costs among a five-person collective and accessing federal commercial rent relief and grants such as property tax and electricity rebates.

But she still wrestles with the decision to keep going.

“Some days it's like, ‘Do we just keep the concept, stay in touch with our client base, and open up somewhere new at some point?’” she said. “It’s a hard thing, especially when you just don’t know how long this is going to go on.”

From one end of Toronto’s usually bustling Queen Street to the other, the thousands of small businesses that populate local economic zones have, by and large, had a rough go of it throughout 2020.

Half of Canada’s restaurants risk closing within six months, according to survey results published by Restaurants Canada earlier in December.

In Ontario, the provincial government’s decision to expand restrictions last month means more than a third of businesses won’t survive, according to the Canadian Federation of Independent Business, which wants the province to immediately top up federal rent and wage subsidies to cover 100 per cent of those costs for businesses in lockdown zones and provide more funding for announced rebate programs.

Almost three-quarters of the several hundred small businesses in Toronto, Ottawa, and Guelph who responded to a Danforth BIA-led survey last summer said they couldn’t pay all of June’s rent, up from 63 percent in May and half of respondents in April.

“I honestly think the younger folks were able to pivot a lot easier than some of our older restaurants or other things,” the director of one downtown Toronto BIA said, noting younger entrepreneurs are also finding it easier to walk away.

And with COVID-19 cases spiking ever higher and Premier Doug Ford announcing a new state of emergency on Tuesday, more than five months after lifting the first one, the chances of survival for those already falling behind on rent are getting even slimmer, their backers warn.

“(The year) 2020 for me is tears,” said Robert Sysak, adding the scale of collapsed local businesses so far is the worst he has seen in 12 years as executive director of the West Queen West BIA. “I've never heard so many people cry.”

“(The year) 2020 was quite devastating and depressing, and truth be told, I don't think the worst has happened yet,” said Sysak, whose BIA in the art and design district has more than 400 members, including building owners and landlords as well as about 160 businesses.

Sysak said he counted 26 storefronts either vacant or with new tenants on a recent walk around his precinct, one of 84 in a city initiative to boost local shops and services.

But public health measures to fight COVID-19 and government efforts at pandemic support have affected Toronto storefronts differently for various reasons, including the type of business and age of the owner, according to Sysak and the heads of other local business associations.

“I honestly think the younger folks were able to pivot a lot easier than some of our older restaurants or other things,” Sysak said, while also noting younger entrepreneurs are finding it easier to walk away.

“When you're younger, you have more time, you can still succeed at doing something else,” Sysak said. “But if you've been doing something for 40 years and you’re in your 60s or 50s, late 50s, you probably think, ‘OK, if I leave this, what do I do again?’”

Dominic Cobran also says the younger owners among the 200-odd members of the Leslieville BIA (including Allen-Silverstein and The Beauty Collective) have, on the whole, found it easier to adjust to the changed circumstances of a mostly digital world.

“Since the pandemic has happened, I've seen a lot of cases where the businesses that are owned by young people have fully made a switch to digital,” he said.

Cobran said he has seen six or seven businesses close since COVID-19 hit, including a couple shut out by landlords early in the pandemic before government rent relief was on offer.

Sysak from West Queen West says that's mostly thanks to government support and their dedication to a life choice.

“I do think there are a lot of businesses still there because these are their dreams and their passions, and they’re hanging on,” he said.

For Allen-Silverstein, the future could involve either outcome.

She’s not always sure it’s worthwhile to keep going, but has invested a lot — “mostly sweat equity,” she says — into the venture and says with some capital assistance she could produce high-quality online lessons and course content or work with chemist friends to create her own products.

She’s currently awaiting word on how to apply for a provincial grant of between $10,000 and $20,000 that was announced in December and is said to be coming in mid-January.

“There’s a lot of things, if you’re creative, that could just be absolutely online-only sales,” she said. “It could be like opening another branch of our business so we’re not just service-based.

“It's kind of a hard time to ask people to pivot into something new when you really don't have the means to do so,” she noted.