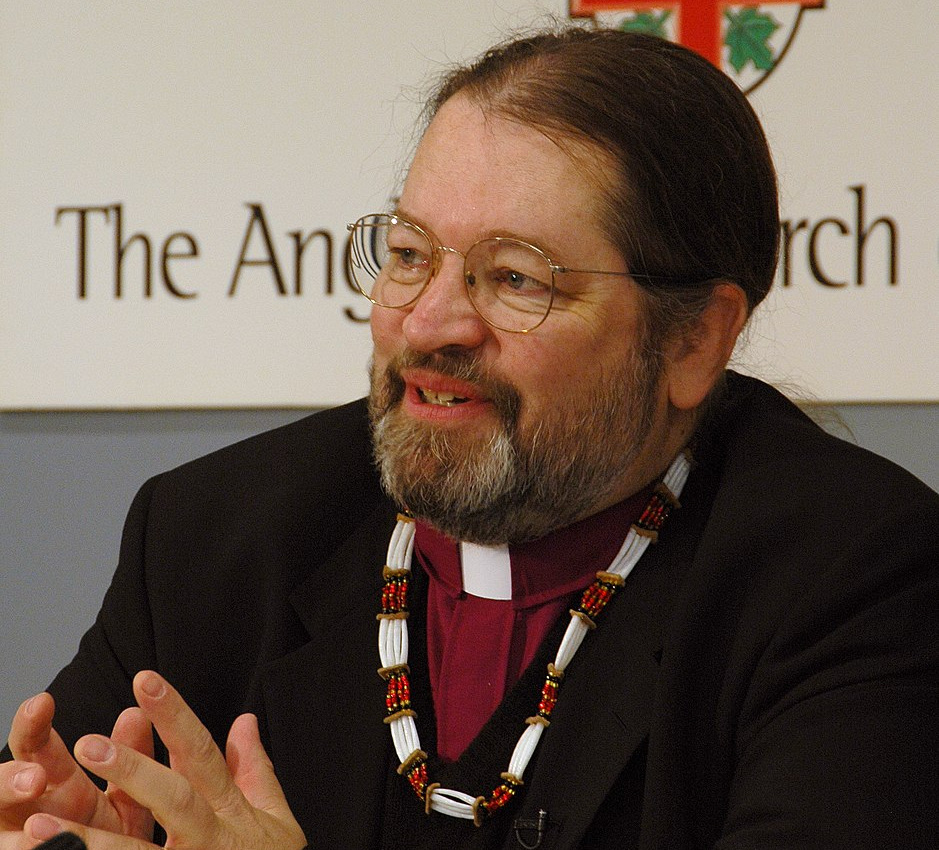 You’ve probably heard there are some Christians who aren’t happy about public health orders designed to curb the spread of COVID-19.

Recently, several churches in Chilliwack, B.C., were fined a total of $18,400 for violating a provincial ban on in-person services. In November, CBC interviewed congregants of a Langley church who had been fined $2,300 for defying the ban.

Kari Simpson and Tanya Gaw, the CBC reported, “doubt the validity of (provincial health officer Dr. Bonnie) Henry’s orders,” and saw their actions as “ground zero for the churches standing up.”

Though the news report doesn’t mention it, both Simpson and Gaw have been better known in recent years for their involvement in a small, but loud, campaign against SOGI 123, an education initiative designed to counter anti-LGBTQ bullying in B.C. schools.

Elsewhere, the far-right QAnon movement has found its way into the fringes of some evangelical churches, bringing with it calls to reject health orders.

However, amid the noise of these activities, some progressive and mainline Christians are pushing back.

The other side of the church

Indigenous communities have been hit hard by the pandemic, particularly in the second wave.

In early December, almost one-third of the population of Shamattawa First Nation in Manitoba tested positive for the virus, while Red Sucker Lake First Nation recently declared a state of emergency after recording 18 new cases.

That’s why Mark MacDonald, the national Indigenous archbishop of the Anglican Church of Canada, believes groups defying public health rules are so dangerous and unhelpful.

"While no single Christian denomination has fallen entirely to conspiratorial thinking, those individuals who have often come from hardline conservative traditions," writes @alex_suncoast. #COVID19 #cdnpoli #bcpoli

“The very unwelcome activity of some religious groups is contributing to the toxic mix, rather than the healing,” he says.

At the root of MacDonald’s work during the pandemic, he says, has been countering disinformation with what he calls “communities of truth.”

“We ramped up all sorts of new ways of communicating by teleconference, videoconference, planning periodic gatherings of music and commentary and that sort of thing to create what we hope will be a community of support, of truth,” he explains.

MacDonald notes that, because of colonization, Indigenous Peoples have far more reason to distrust health authorities and public institutions than settlers involved in conspiracy theories and disinformation.

And yet, “Indigenous communities ... in this unveiling of the racist structure of society and its brutalities and inequities, have been able to see very clearly their vulnerability in the face of a pandemic.”

Similarly, Steve Bailey, a progressive Anglican deacon in Sechelt, B.C., says members of his diocese and others have worked to strengthen community connections through digital channels.

“We’re trying as Christians to inculcate a culture of Christ in society of love, acceptance and dialogue, of mutual care for one another. These are Christian values that trump any selfish sense of persecution,” he explains. “The church is made for times like this.”

“A lot of churches have really adapted well through online and livestreaming things that are now challenging (congregants to push back against claims of persecution),” explains Bailey, “and people are meeting that challenge of different kinds of connections with people in their faith communities to maintain that contact and support.”

Why are right-wing Christians falling for conspiracies?

While no single Christian denomination has fallen entirely to conspiratorial thinking, those individuals who have often come from hardline conservative traditions.

In the case of the evangelical-QAnon overlap, says André Gagné, a theology professor at Concordia University, that’s no accident.

“You have this type of eschatology which sees that in the end times, there would be the rise of a worldwide government that would control individuals, and that out of this government there would be a political leader (who) they call the Antichrist, and that this individual would impose on everyone the famous mark of the beast,” he explains.

The mark of the beast narrative, Gagné says, converges with QAnon conspiracy theories about the COVID-19 vaccine, which adherents claim is part of a global plot to control populations and modify DNA.

Still, Gagné notes, “if we talk about evangelicals in general, most of them would not embrace that.”

Some view the convergence of fundamentalist Christians and calls to defy public orders as parts of a larger trend.

Bill Blaikie, a former NDP MP and ordained United Church minister, says the Christian right of today behaves like a “cornered population,” and that QAnon provides an opportunity for some to feel like they’re taking a stand in a society that is increasingly at odds with their worldview.

“If you’re feeling under siege to begin with, (they say) ‘Ah, now we can’t meet. What’s next?’” says Blaikie.

Why do hardline conservatives get the most attention?

Canadians see the influence of religion waning, according to data from Pew Research. In a 2018 survey, 64 per cent of respondents said religion has a less important influence in their country than it did 20 years ago.

Amid this declining influence, why are hardline conservative Christians still managing to amplify their messaging?

Part of the problem, says Lyndon Sayers, a progressive Lutheran pastor in Victoria, B.C., is a tendency to compare Canada to the United States, and falsely conclude that conspiracy theorists and hate preachers aren’t as serious a problem this side of the border, allowing such groups to flourish relatively unchecked.

As well, in Sayers’ experience, conservative Christians are more willing to act independently as lone-wolf fundamentalists.

“We received an email from some random person in Kelowna (B.C.) who was contacting churches in B.C. saying, ‘Here’s why we should fight for religious freedom,’” Sayers recalls.

“It wasn’t necessarily a well-written letter or a super well-organized campaign, but he just went and did it.”

In the case of more polished national organizations like the Association for Reformed Political Action, a social conservative group that has called for pandemic rules to be relaxed, Gagné says they have become adept at effectively understanding the legal system.

“They really seek to know the laws of the land. They have very skilled people in terms of competent lawyers,” Gagné says.

“It’s about placing people in strategically political positions that will eventually be able to, in a sense, influence policy when the time comes.”

Why are progressive Christians less effective?

Morgane Oger, a trans rights activist in Vancouver, B.C., who has frequently been the subject of vicious attacks by anti-SOGI and anti-mask activists, says building alliances with progressive and mainline churches is essential to combating hate and conspiracies.

The problem, she explains, is that some churches, while often well-intentioned, are slow to proactively implement measures that might counter harmful narratives before they surface.

Still, she adds, “conservatism, religion and hatred are not necessarily aligned.”

The challenge of overcoming assumptions to the contrary is one Sayers is all too familiar with. Part of the challenge, he says, lies in the Christian church’s own legacy.

Although the Lutheran church did not directly operate residential schools, it has referred to itself as a “bystander” while genocidal atrocities were being carried out.

“We still have very white congregations,” says Sayers. “(The church) tends to default to blanket statements, like ‘all are welcome here,’ which don’t really unpack all those difficulties.”

By contrast, he explains, some conservative Christians thrive on polarizing issues: “(That) seems to be why (Kari) Simpson and others are taking up this anti-mask stuff.”

Still, argues Blaikie, there’s a role for other elements of society to play in recognizing the work of progressives within the church.

“I think (the Christian right) are over-amplified,” he explains. “I’m not suggesting that they shouldn’t be reported on, but what I am suggesting (is there are) lots of other things to report on (in the church) that never see the light of day.”

A somewhat timely article......but as a lapsed Christian who as a kid could memorize anything put in front of me, I'm still waiting for those 'voices of faith' to speak unequivocally about the fascistic tendencies of the Christian right. While they're at that, perhaps they could confront the sexism and racism that is often implicit in traditional Christianity. Watched a program on CBC recently about the C3 Church and it sounded like they still think the Bible is the authority on gender diversity.

Isn't it long past time real 'Christians' spoke out against homophobia, and the twisted idea that 10-15% of our population are living in sin? The Great Mother doesn't make mistakes of that magnitude.......so perhaps homosexuality is an essential part of the divine plan.

Would we had Christian leaders that could be bold enough to argue for that reading of natural law!!! However, I fear the progressive pew is still too comfortable to confront the fundamentalist errors in doctrine....so the right wing fringes give the entire religion a bad name.

It's easier to speak of what

It's easier to speak of what's wrong than what's right. I think fear is what keeps people hiding behind conservative groups who offer authoritarian solutions. Also our history has been colonial in violence and mythology.

Gentle, creative spirits have been shunned in many churches. Visionaries are gaslit. Group dynamics fall into habits where egos battle over psychological and emotional "empire".

We need to pay attention to the groups, churches, synagogues, temples, that nurture their congregants. For the sake of our future.