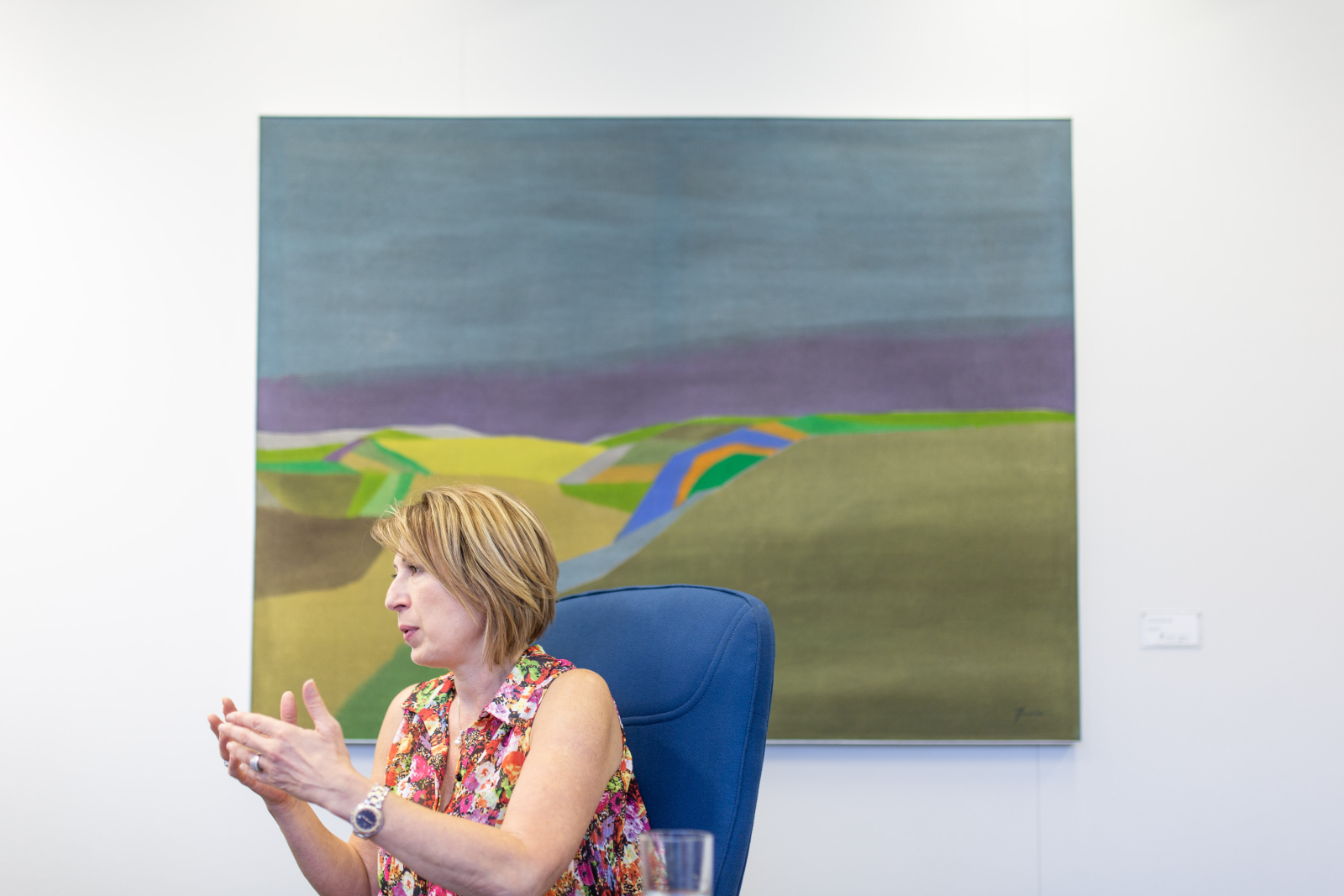 “The important gave way to the urgent,” chief science adviser Mona Nemer said, explaining how her work has changed because of COVID-19. File photo by Alex Tétreault
Previous story
Next story

The proliferation of these kinds of miracle cures or conspiracy theories about the novel coronavirus is presenting a health hazard to Canadians, Canada’s chief science adviser is warning — and the media, scientists and the public all have a role to play in pushing back against such disinformation.

“This is something that is not just theoretically damaging but can actually damage your well-being. So I am concerned about this, and there’s not an easy solution,” said Mona Nemer in an interview Monday.

“What I see out of all this is a more urgent need to increase science literacy among the public, and then the public will (understand) what’s happening and provide the proper pressure on politicians for the proper use of scientific knowledge and evidence-based decision-making.”

'The important gave way to the urgent'

Prime Minister Justin Trudeau announced this month that Nemer had been reappointed to her position for another two years, effective Sept. 25.

Nemer's office, which is in the federal industry department, is tasked in part with providing scientific advice to Trudeau and cabinet, and advising on processes to ensure science is taken into account in decision-making.

Since she was brought into the role in 2017 on a Liberal promise to ensure federal scientists aren’t muzzled and that their work isn’t falsified or ignored, Nemer has lived at the intersection of politics and science in Ottawa.

But with the pandemic, her job has changed considerably. She now plays several prominent roles in the government’s COVID-19 response, co-ordinating task forces, creating the CanCOVID virus research network and participating in the government-funded Immunity Task Force.

Mona Nemer @chiefscican talks to @natobserver about how her work has changed dramatically with the #COVID19 pandemic and why it is important to continue funding fundamental science to prepare for the next crisis:

“The important gave way to the urgent,” Nemer said, describing how her work has changed.

At the onset of the pandemic, the pace quickened dramatically. Nemer was meeting with expert panels about twice a week, she said, and was authoring regular notes, “in a much more accelerated manner,” to Trudeau, as well as meeting with other government leadership.

In the early days, discussions focused on how to prepare for the virus to arrive in Canada. “We thought that we could be, perhaps, a bit more spared than other countries,” said Nemer.

But soon the government was faced with many difficult decisions, from health issues to economic impacts, she said.

The COVID-19 focus has also given her a front-row seat to the way the public has reacted to Ottawa’s efforts to provide the most updated, credible advice on the virus.

She says she has been dismayed at the way that misinformation has crept into the public discourse about COVID-19, exploiting cracks in knowledge or communication failures.

One example is how chief public health officer Dr. Theresa Tam's advice changed this spring on wearing non-medical masks. At first, the evidence available was that homemade masks were primarily useful in protecting others. But as more evidence was collected, studies demonstrated the role of masks in asymptomatic and pre-symptomatic transmission, and how they offered a layer of protection.

These moments, when scientific advice evolves, are "fertile ground for conspiracies,” said Nemer.

“It’s disheartening to see that, at the beginning of the pandemic, we talked so much about science, publicly, and the public embraced it. But as things went on, and some of the recommendations changed — and maybe the communication was not ideal throughout — then the public started questioning.”

With better science literacy, more Canadians would be able to understand the scientific method and scientific approaches to crises, said Nemer. If they did, she said, “they would understand that we had no data” about COVID-19 at first.

Scientists were relying on circumstantial evidence before more solid evidence could be obtained. The advice changed because the scientific community became better informed, she said. “Things do change, and it’s not because scientists do not know what they’re talking about.”

When it comes to science, however, the fundamentals are still paramount, Nemer cautioned.

Another of Nemer’s major roles is to review the funding and operations of Canada’s major research facilities and the federal government’s laboratories.

Asked whether she felt some of this funding is now obsolete due to the virus, Nemer said it was quite the opposite — that there are pitfalls to seeing everything through a coronavirus lens.

“I think this is actually a very dangerous thing that we have to make sure doesn’t happen. The reason we’re able to mobilize and to fight COVID is because of totally unrelated things that we have funded in the past and we have done in the past — whether it's in physics, or math, or basic virology, or medicine,” said Nemer.

“When I put together my expert committee, I couldn't have COVID-19 experts — the virus didn’t exist, and the disease didn’t exist. However, I called upon folks who are infectious disease specialists, who are virologists, mathematicians, epidemiologists.”

Canadians have to be very careful to stay focused on solving the crisis at hand, she said, while at the same time, not losing sight of being prepared for an unknown future crisis.

“I think the whole resilience of the system, the preparedness for emergencies, including at the level of science and technology, is extremely important. And we know some challenges, like climate change and environmental sustainability, but we don’t know others — we don’t know what other emergencies we’re going to need to deal with. And that’s why we need to be prepared by continuously funding these other areas that may seem less important for the COVID response right now.”

So glad to see her

So glad to see her appointment has been renewed.
It'd also be good if the government would separate her role from the ministries of technology and industry.
Frankly, it's the job of Health Canada and Public Health officials to make decisions about our health safety, having regard to the science.
If Ms. Nemers' job were more closely aligned with health, and our Chief Medical Officers of Public Health understood their role, responsibility and powers, we would have had many fewer deaths, and wouldn't be in the gong show of disaster we're dealing with in Toronto/Ontario.
We're seeing firsthand a "leader's" obstruction of necessary public health measures. We have now over double the cases of Covid outside LTC venues that we had at the peak of the spring round. The local health authorities here have recommended closing of bars, inside dining (accounting for 44% of community spread here), and indoor group exercise venues, along with begging people to shut down their "community bubbles" and have Thanksgiving dinners a household matter, except in the case of individuals who live alone. So the "Leader" refused to "authorize" those measures, and instead opened casinos and went on national radio saying he's told his wife, "Hey, no more than 10 at Thanksgiving."
Shades of a la Trump ... of course he and his family must be immune, after all, they're Important!
I won't go into the historic shortcomings of all levels of governance and public health in this pandemic.
Public Health is supposed to be independent of politics and industry for a very good reason. And its mandate isn't to play "follow the leader" with WHO playing leader, nor is it to rubber stamp. For that matter, I'm told that epidemiology/infection control isn't hamstrung by the necessity of Total Proof, replicated over and over, or of comparison to the least "dangerous" pathogenic vector possible, but rather to act on the side of safety.
Still we have the recent example of government setting up a review of agricultural chemicals of questionable safety, receiving reports outlining human and other animal toxicity (several pathways), and then refusing to act to ban the substance, "because the public has not been consulted." And of course, we know whose voices are heard in public consultations, and what turns the hearing aids up in the ears of the decision makers.
I'm so weary of "principles" and "rule of law" that apply in some circumstances, but not in others, according to ... well, the principles, I guess, of "careerism" and election funding.