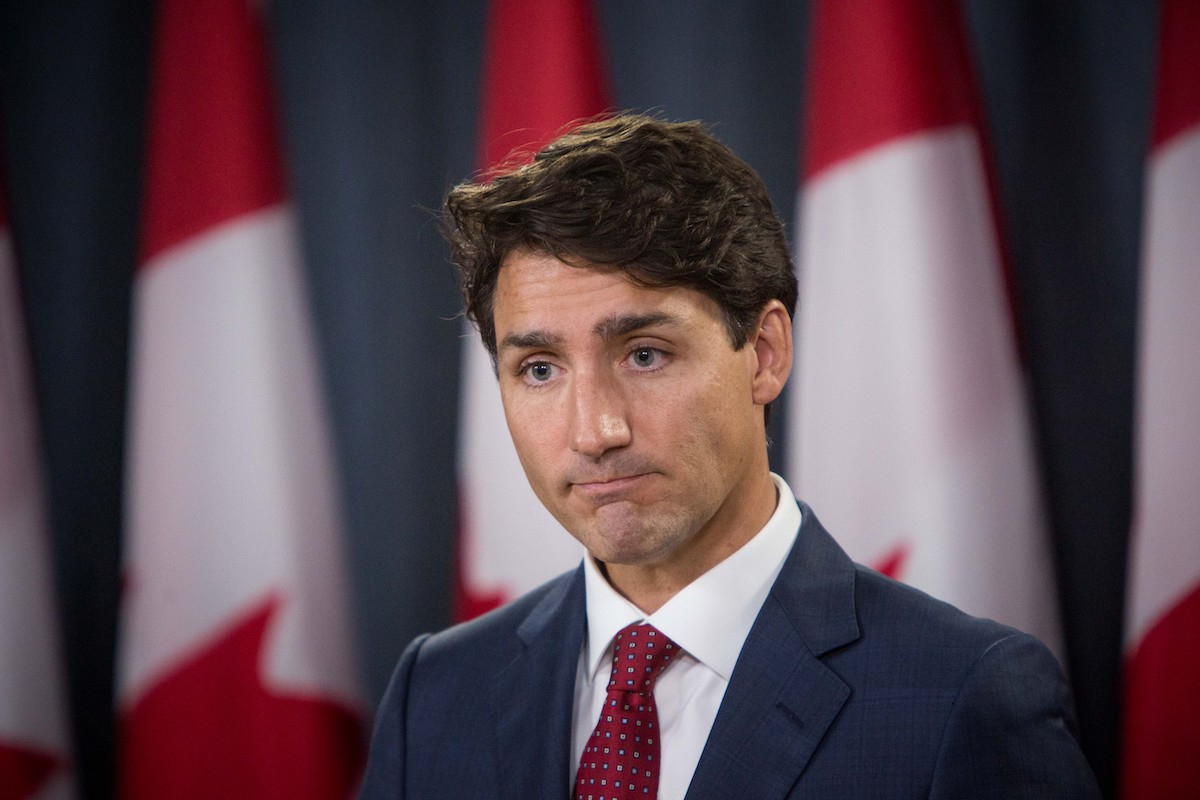 “Winning slowly on climate is just another way of losing.”

Canadian climate policy is a disheartening trail of unmet targets. Whether committed with sincere intent that was lost in the winds of political change or cynically advanced to give the appearance of action, the results have been the same. Our federal and provincial governments have spent decades making promises to cut greenhouse gas emissions (GHGs) with no discernible effect.

Sometimes, those commitments have been enshrined in law (such as in British Columbia) or ratified in international treaties (such as Kyoto), but no matter. Not one of those promises has been realized. And now, having run out the clock, we face the climate emergency with a huge amount of heavy lifting to do in the next 10 years, a decade that will make or break us. 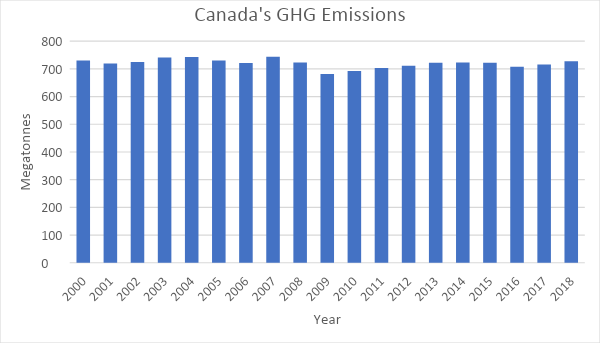 On Nov. 19, Justin Trudeau’s federal government tabled its long-awaited bill seeking to embed new greenhouse gas reduction targets into law. But sadly, Bill C-12, dubbed the “Canadian Net-Zero Emissions Accountability Act,” provides virtually nothing in the way of robust accountability. In its current form, it is, in short, a stunning disappointment and desperately in need of amendments to make the bill worthwhile.

The good news is that, with a minority Parliament, the government needs the support of one or more of the NDP and Bloc Québécois to pass C-12 (or it could seek to pass the bill with the aid of the Conservatives, which would speak volumes). That means, as you read this commentary, there exists a very short window of opportunity to strengthen the proposed law and turn it into something that can indeed induce significant climate action.

If you have ever wondered when you might contact your member of Parliament to share your thoughts and hopes and you are concerned about the climate emergency, well, right now would be a very good time.

First, let us note what is worthy in the bill. As the Liberals promised in the 2019 federal election, C-12 would embed in law a commitment that Canada achieve net-zero GHG emissions by 2050. And we do, indeed, need that.

"This is a moment for the NDP and Bloc Québécois to use the powers and influence this minority Parliament affords them to demand improvements" to Canada's climate accountability legislation, @SethDKlein writes. #cdnpoli

The problem with previous targets to get to something less than zero is that far too many of us — both individuals and businesses — falsely presume that what we do or plan to do can be made to fit in the remaining emissions envelope. A carbon-zero target disabuses us of this notion. It would also align Canadian policy with what the UN’s Intergovernmental Panel on Climate Change (IPCC) says is scientifically necessary.

Of course, that 2050 target is almost 30 years from now, when no one currently in federal politics will still be there, and indeed, a number of them will no longer be with us. Understanding this, during the election, in addition to the 2050 promise, the Liberals also pledged new legally binding five-year milestones to reach that target. Good stuff. C-12 also requires the minister responsible for climate action to produce plans to meet those targets. More good stuff.

Now the bad news. The first of the promised “five-year milestones” proposed in C-12 isn’t, as you might have logically expected, five years from now, but rather, in 2030. Ten years is a lifetime in politics. More importantly, by 2030 we need to have truly bent the curve on our GHG emissions or we’re fried. That’s why the milestones, if they are to meaningfully and accountably track our progress, must start sooner and ideally come more frequently.

In the 2019 election, the Liberals also promised to strengthen the Harper-era 2030 GHG reduction target, which is far too weak and not aligned with what the IPCC says we must do, namely, to at least halve our emissions by 2030. But C-12 merely aspires to vaguely “exceed” Canada’s current and inadequate 2030 target.

Additionally, while there are a number of proposed accountability measures in the bill — mechanisms designed to keep the government on the straight and narrow path — in their current form, they are too weak to give comfort. For example, C-12 requires the minister produce two progress and assessment reports every five years, but the first of these isn’t due until 2028, when there will most certainly be a different minister and may well be a different government.

The proposed act would also establish a federal advisory body, appointed by the minister, to annually track progress and make recommendations. The federal commissioner of the environment would also be tasked with producing assessment reports, but only once every five years, and that position answers to the minister. (Unlike the auditor general or parliamentary budget officer, it is not an independent office of Parliament.)

Given the above, here are amendments that would strengthen C-12 and transform it into a worthy bill:

As 350.org has proposed, the bill should also commit that our climate plans will be developed in a manner consistent with the UN Declaration on the Rights of Indigenous Peoples, and that the targets will be met while providing a federal “good jobs guarantee” to those whose livelihoods are impacted (thus far, the government’s other election promise of a Just Transition Act remains missing in action).

Collins has been pressing for many of the above amendments. And the Greens have made clear that they will not support the bill without major changes (but their three votes are not enough to force changes).

The draft bill will be going to committee, where amendments could be made, late this month or early February. This is a moment for the NDP and Bloc to use the powers and influence this minority Parliament affords them to demand improvements to C-12. And Liberal MPs who ran on climate need to make their voices heard. They need to exercise their political muscle, as this bill in its current state fails to reflect the urgency of the climate emergency. And all of us who want real climate accountability need to make sure all MPs know how we feel.

Seth Klein is an adjunct professor with Simon Fraser University’s urban studies program and the former B.C. director of the Canadian Centre for Policy Alternatives. His book, 'A Good War: Mobilizing Canada for the Climate Emergency,' was published in September.

Anyone still believe that

This is the same Liberal Govt that declared a climate emergency one day and approved the TMX pipeline expansion the next.
Trudeau adopted Stephen Harper's pathetic emissions targets, but has no intention of meeting them.
"No country would find 173 billion barrels of oil in the ground and just leave them there."
The Trudeau govt gave its blessing to B.C.'s LNG industry. "Ottawa recognizes 'LNG is a transitional fuel that has the potential to significantly cut emissions as we transition to a clean economy.'"

According to Trudeau, the path to renewable energy and a sustainable future runs through a massive spike in fossil-fuel combustion and emissions. Complete disconnect from the science.
The Liberals have proved far more effective than the Conservatives in delivering on Big Oil's and Corporate Canada's agenda.
Predatory delay and climate disaster. That was always the plan. Still is.

"The Liberal party plays on

"The Liberal party plays on voters’ desire for far-reaching transformation while guaranteeing the endurance of the status quo. The Liberals effectively act as a kind of shock absorber of discontent and anger towards the elite…
"So on climate, Trudeau was presented as this kind of river-paddling environmental Adonis. He promised that fossil fuel projects wouldn’t go ahead without the permission of communities. But the Liberals create these public spectacles of their bold progressiveness while they quietly assure the corporate elite that their interests will be safeguarded. So at the same time Trudeau was going around the country and convincing people that he was this great climate hope, the Liberal party had for years been assuring big oil & gas interests that there would not be any fundamental change to the status quo.
"As early as 2013, Trudeau was telling the Calgary Petroleum Club that he differed with Harper not so much about the necessity of exporting huge amounts of tarsands internationally, but because he didn’t think Harper’s approach — which stoked divisions and an incredible amount of resistance that turned Canada into a climate pariah — was the most effective marketing approach.
"The Liberal climate plan essentially is a reworking of the business plan of Big Oil and the broader corporate lobby. …The plan is to support a carbon tax and to effectively make it a cover for expanded tarsands production and pipelines. That was a plan hatched by the Business Council of Canada back in 2006, 2007. For 20 years oil companies had resisted any kind of regulation or any kind of carbon tax and fought it seriously. But they started to realize that it would be a kind of concession that they would have to make in order to assure stability and their bottom line not being harmed. The climate bargain that Trudeau went on to strike with Alberta of a carbon tax plus expanded tarsands production was precisely the deal that Big Oil had wanted."
"How Trudeau’s Broken Promises Fuel the Growth of Canada’s Right"
https://thetyee.ca/Analysis/2019/09/04/Trudeau-Broken-Promises-Fuel-Right/

In his book, "The Big Stall: How Big Oil and Think Tanks are Blocking Action on Climate Change in Canada", Donald Gutstein details how neoliberal "progressive" politicians like Trudeau and Notley subverted the climate change agenda and enabled Big Oil's "predatory delay":
"The Rise and Fall of Trudeau’s ‘Grand Bargain’ on Climate" (The Tyee, 14 Nov 2018)
• https://thetyee.ca/Analysis/2018/11/14/Trudeau-Climate-Bargain/

"Before Trudeau, Gerald Butts Abandoned Tar Sands Action As Head Of WWF"
https://www.canadalandshow.com/before-trudeau-gerald-butts-abandoned-tar...
A brilliant exposé of corporate Canada, Big Green, and Gerald Butt's Liberals -- and their obstruction of environmental action.
Textbook example of a controlled opposition group. Corporate Canada took over WWF's board of directors and shut anti-oilsands campaigns down. Gerald Butts served as hatchet man:
"The board was populated by CEOs, corporate lawyers, and bankers, as well as future Liberal cabinet minister Seamus O’Regan. It also included Blake Goldring, a member of the Business Council of Canada, who had previously donated $500,000 to WWF-Canada. He was the CEO of investment firm AGF Management, which advised an Oil Sands Sector Fund worth hundreds of millions of dollars. All that remained was for Gerald Butts to exercise his widely-praised skills in reading the tea leaves."