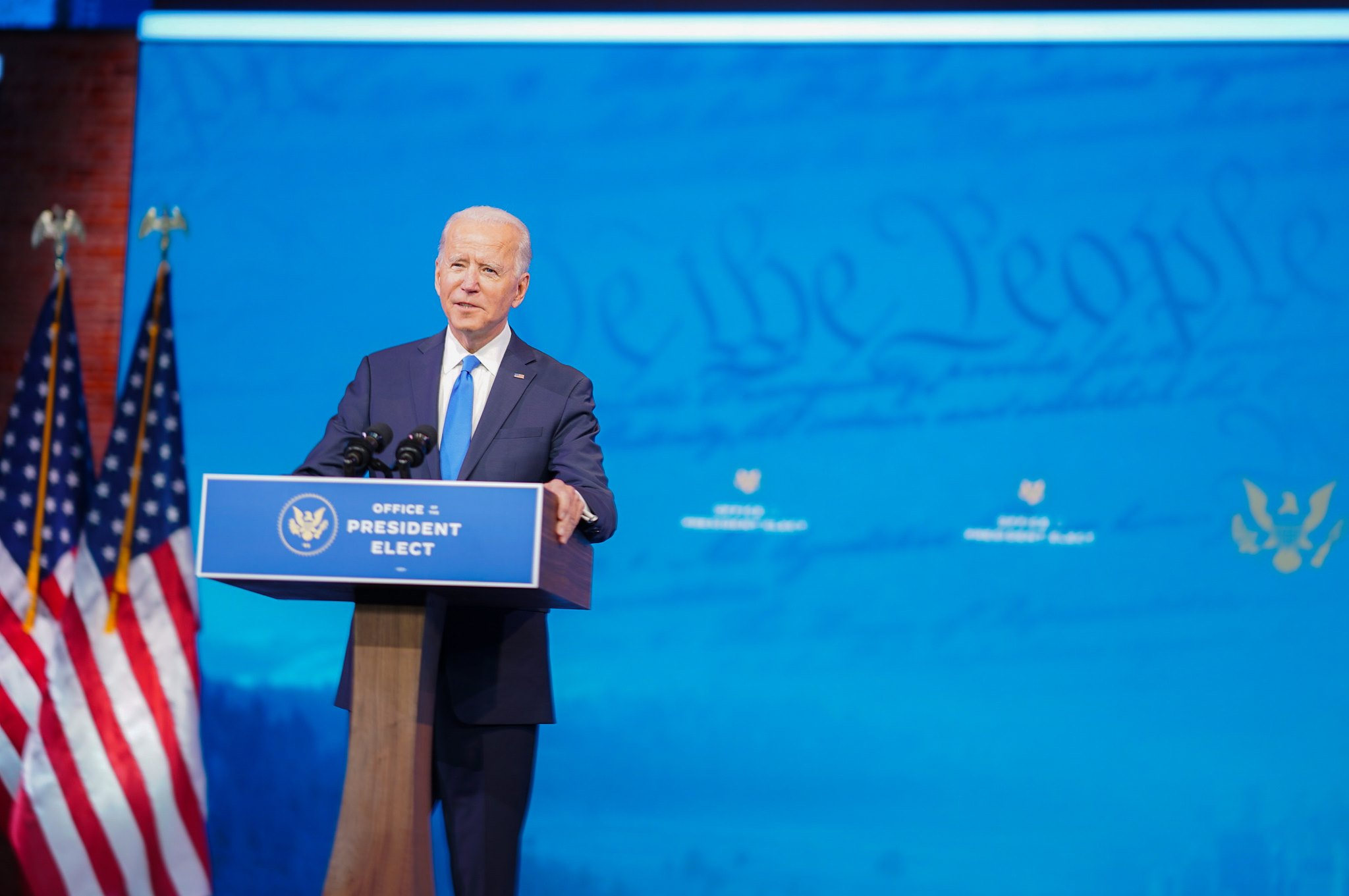 Those surprised at U.S. president-elect Joe Biden’s intention to cancel the Keystone XL pipeline permit might want to take a look at the incoming administration’s plans for environmental justice.

In addition to Biden openly vowing to cancel the controversial project if he won office, the pipeline has faced stiff opposition from some U.S. tribes. Ignoring these Indigenous groups in the context of fossil fuel development would seem to go against Biden’s “climate crisis strategy,” specifically designed to support tribes as well as states and territories.

Experts say if Biden follows through with his intention to kill Keystone XL, it should be seen in this broader context, as the incoming U.S. administration gets set to put Biden’s overarching “plan to secure environmental justice and equitable economic opportunity” into motion.

“Climate justice is the idea that, rather than just looking at climate change as just an environmental or physical issue, it recognizes there are so many aspects to it that are also related to justice,” said Lindsey Bacigal, director of communications at Indigenous Climate Action, in an interview.

“Rather than looking at these systems of power that have got us to where we are right now, how is it that we can work from the grassroots up, rather than from the top down?”

Bacigal said ending Keystone XL would be “far from the only fight — it’s definitely a step in the right direction, but we’re far away from climate justice yet.”

Environmental justice addresses the fact that in many parts of the world, the places where pollution is generated, toxic chemicals are processed or garbage is dumped tend to be near marginalized or low-income communities.

Often, these communities have no power over the fact that they are exposed to threats to their health or safety. Environmental justice seeks to ensure that no community should be forced to endure this kind of exposure just because of its particular demographic makeup.

The Biden campaign pivoted towards this approach after the COVID-19 pandemic demonstrated “how profoundly the energy and environmental policy decisions of the past have failed communities of colour,” it stated in its plan.

Surprised about Keystone XL? Biden has a plan to secure environmental justice — an understanding, experts say, that climate change can't be tackled without addressing misogyny, Islamophobia, anti-Indigenous sentiment and more.

The administration intends to direct 40 per cent of clean energy spending towards “disadvantaged communities” to address the idea that “communities of colour and low-income communities have faced disproportionate harm from climate change and environmental contaminants for decades.”

The plan says the administration will use a “climate and economic justice screening tool” to identify which communities are disadvantaged or “threatened by the cumulative impacts of the multiple stresses of climate change, economic and racial inequality, and multi-source environmental pollution.”

The president-elect’s team has picked Cecilia Martinez, for example, the co-founder and executive director of the Minneapolis-based Center for Earth, Energy, and Democracy, to be senior director for environmental justice at the White House Council on Environmental Quality.

Also joining the team is Stefanie Feldman, who was national policy director for the campaign, worked on Biden’s climate plan and will now serve as deputy assistant to the president and senior adviser to the director of the Domestic Policy Council. Feldman is credited with securing support from environmental justice advocates during the presidential race.

Tim Gray, executive director at Environmental Defence, also said he thought a decision to cancel Keystone XL should be seen in the context of environmental justice, and he expected to see more action on that front from the administration.

Gray noted that Biden had nominated North Carolina environmental regulator Michael Regan to run the Environmental Protection Agency following a campaign by dozens of advocates to block the candidacy of Mary Nichols, who chaired the California Air Resources Board, over concerns she did not adhere to recommendations from environmental justice bodies.

“Many urban areas and non-urban areas in the U.S., where a lot of fossil fuel manufacturing is occurring … a lot of those are disproportionately impacting marginalized communities,” said Gray. “I think you’ll see a lot more attention on that from the Biden administration, for sure.”