COVID-19 vaccines: Canada wrestles with helping other nations or helping itself 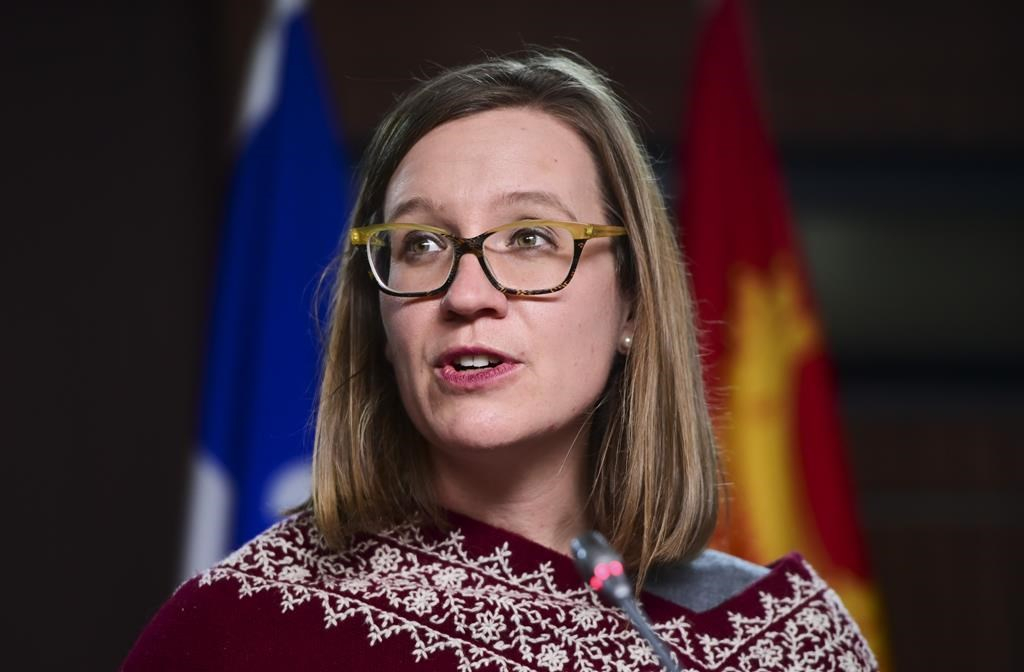 MONTREAL — The COVID-19 vaccine rollout is highlighting the disconnect between the way Canadians see their role in the world and reality, according to international affairs experts.

Ottawa is facing pressure to help poorer countries access COVID-19 vaccines, but it is also being pulled internally by provinces demanding their citizens be vaccinated as quickly as possible.

The federal government says it will donate hundreds of millions of dollars to help developing countries vaccinate their citizens. But federal Procurement Minister Anita Anand has said Canada will do "whatever it takes’’ to get more vaccine delivered to the country sooner — including, she said, by upping the price it is willing to pay.

David Hornsby, professor of international affairs at Carleton University, said the pandemic has shed light on an inward-looking trend that has been developing in the country for decades.

Over the past 25 to 30 years, Hornsby said in a recent interview, Canada has gone from having a “very broad and inclusive definition of national interest” to one that is “very narrow and very much focused and located on what is immediately relevant to Canadians.” Canada’s role in international organizations also declined over that period, he added.

Canada is certainly not alone in wanting to help itself before it helps others. Tedros Adhanom Ghebreyesus, the director general of the World Health Organization, this week warned that the world is “on the brink of a catastrophic moral failure” as rich countries make deals to secure vaccine and drive up prices.

While more than 39 million doses of vaccine have been administered in 49 higher-income countries, said Tedros, who goes by his first name, only one country that the WHO considers lowest income has given out any vaccine — a total of 25 doses.

But on Tuesday, Prime Minister Justin Trudeau said Canada had made the right move by signing bilateral deals with drug makers — the exact sort of deals criticized by Tedros.

"We took extra care to sign more contracts with more potential vaccine makers than most of our allies and indeed have secured more doses per person than any other country," Trudeau told reporters.

Jason Nickerson, humanitarian affairs adviser for Doctors Without Borders, says he’s worried wealthy countries such as Canada will vaccinate people who are at lower risk of developing serious cases of COVID-19 before people at high risk in poorer countries get their shots.

"I think there’s just a straight moral obligation to vaccinate people who are at a higher risk of developing the disease, developing severe complications and dying from it when we have a vaccine that could potentially prevent all of those things from happening," Nickerson said in a recent interview.

Canada is facing criticism from groups that say it needs to act faster to support global efforts, especially because it has pre-purchase agreements for more doses of vaccine than any other country in the world. #COVID19 #cdnpoli

Maxwell Smith, a medical ethicist at Western University and a member of Ontario’s Vaccine Distribution Task Force, said it makes sense that Canadian governments want to get vaccines as fast as they can, but Canadians, he said, also need to recognize that vaccines are a scarce global public good.

"Everyone really needs it and would benefit from it,” he said in a recent interview.

“That’s not to say that Canada doesn’t have a particular obligation to its citizens and shouldn’t be trying to do what we’re doing in getting as many vaccines as quickly as possible into this country. But I hope that it’s being balanced against our obligations, also, to those in other countries and our obligations based in our humanity.”

“We’re going to ensure that we vaccinate our own population, but at the same time, support global multilateral efforts to vaccinate those who otherwise would not have access to a COVID-19 vaccine,” she said in an interview Monday.

But Canada is facing criticism from groups that say it needs to act faster to support global efforts, especially because it has pre-purchase agreements for more doses of vaccine than any other country in the world.

Anne-Catherine Bajard, a policy manager with Oxfam Canada, said Canada has made a strong commitment to COVAX, an international organization that aims to help lower-income countries access vaccines. But she’d like to see Canada start contributing to the COVAX vaccine pool immediately, rather than waiting to vaccinate all Canadians first.

It’s not just the right thing to do from a humanitarian perspective, she said in an interview Friday. There’s also an element of self-interest. “We’re not going to stop the pandemic if we do it one country at a time," she said.

While the federal government has “secured access” to nearly 400 million doses, Gould said most of those doses remain hypothetical. Only two of the seven vaccines that Ottawa has the right to buy have been approved by Health Canada.

“We don’t actually have a closet full of hidden vaccines," she said. "These doses don’t yet exist."

Gould, who co-chairs a COVAX governance body, said Canada is one of the top five donors to the ACT-Accelerator, the international organization that runs COVAX. In total, the federal government said it has committed $865 million in funding to the organization in addition to any donations of surplus vaccine.

While the federal government did not provide a timeline for that commitment, according to data from Gavi, the ACT-Accelerator’s parent organization, Canada has committed to provide $600 million in direct funding between 2021 and 2025 and to provide $246 million to COVAX this year.

And while Canada might be more inward-looking today than in generations past, Hornsby noted the country remains deeply integrated into the global economy and that many Canadians have family overseas. That means Canada can’t isolate itself from the rest of the world and only focus on vaccinating people here, he said.

Finding a "happy medium" is difficult, he added. "There’s going to be clear winners and clear losers."