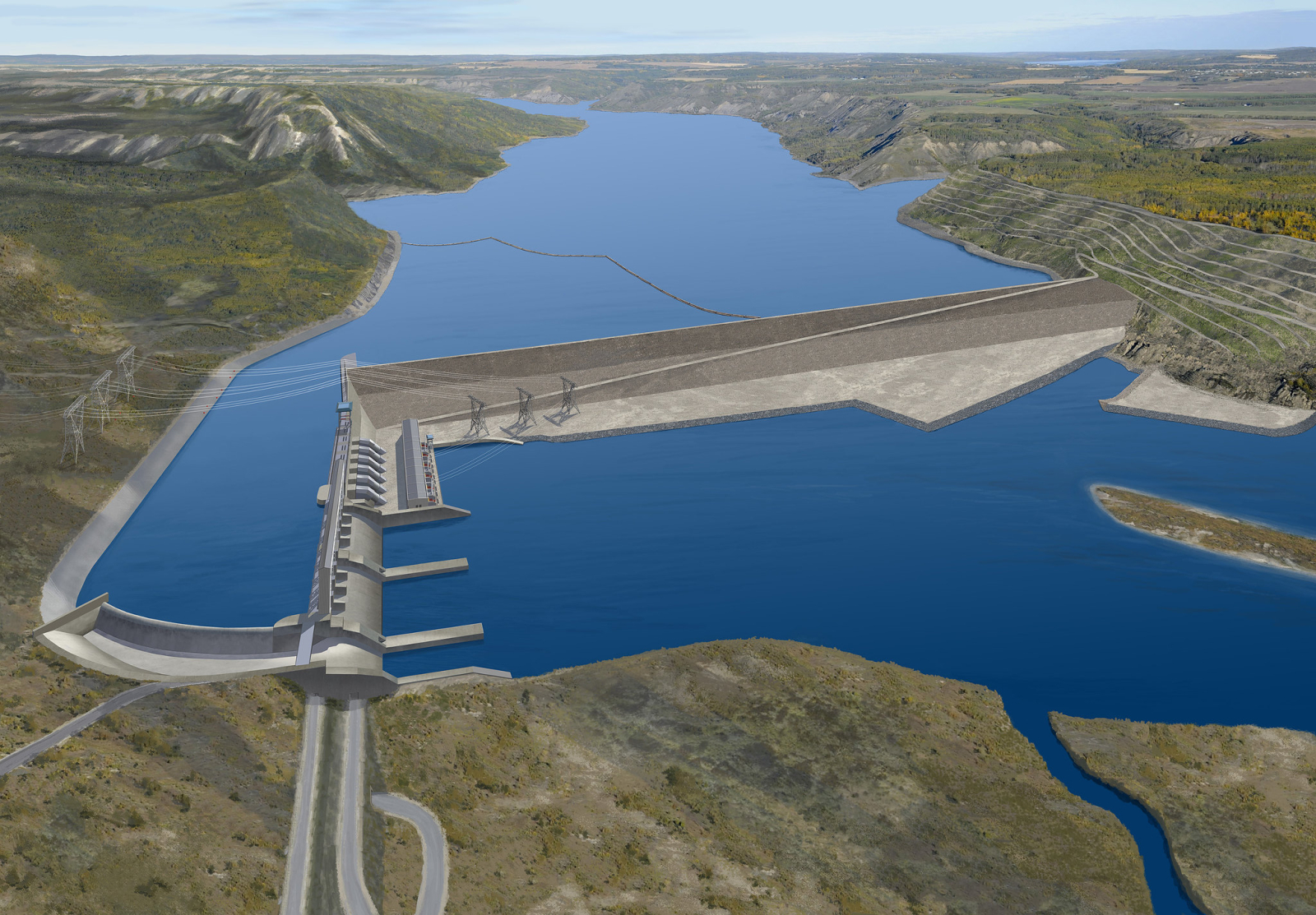 An artist’s rendering of the Site C dam, which is currently on hold. Photo courtesy of the Province of British Columbia via Flickr
Previous story
Next story

As 2020 drew to a close, Bess Legault harvested the final bulbs of garlic from her leased farm along the Peace River in northern B.C. and walked away. In a few months' time, the land will be underwater, submerged by the contentious Site C dam.

The $10.7-billion project — on hold pending the results of two international reports on the site's geotechnical viability — has been a flashpoint of controversy in recent years. Ranchers, Indigenous leaders, and environmental groups decry the project as unnecessary, environmentally harmful, and a threat to B.C.'s food security.

Legault, who is now in the midst of taking over a farm just outside the Peace River Valley, said she has heard from farmers in the area who are “heartbroken” about the potential repercussions of Site C. Namely, the more than 3,500 hectares of agricultural land that would be flooded if the hydroelectric project goes through.

“In full production, the deep alluvial soils and unique microclimate of the Peace Valley have the capacity to meet the nutritional needs of over one million people a year, forever,” said Legault, a first-generation farmer and women's president of the National Farmers Union. “Bringing Site C to completion would flood one of B.C.'s last vestiges of prime farmland just when we need it the most.”

The organization recently sent a letter to B.C Agriculture Minister Lana Popham asking her to oppose the project. Popham has been a strong advocate for improving B.C.'s agricultural capacity and local food security throughout her time in office.

Popham's office declined to comment on the issue, and instead forwarded the request to the Ministry of Energy, Mines, and Low Carbon, which said in a statement that the Horgan government “inherited a project with significant cost pressures and risks, and we were left to manage it in the best interests of British Columbians.”

Premier John Horgan made a statement on Jan. 14 saying that the government will make a decision about the project once it has received two new expert reports on the geotechnical safety of Site C.

Meanwhile, Legault is waiting to see if the letter will get Popham’s attention.

“I have a lot of respect for Lana Popham,” she said. “The picture that I painted through that letter to Lana, is to (ask her) to be the guiding light on what we need to see happen in agriculture in Canada.”

Thank you for this article. Site C is a travesty and foolhardy. I wish that the NDP government had dumped the project when they came to power in 2017.