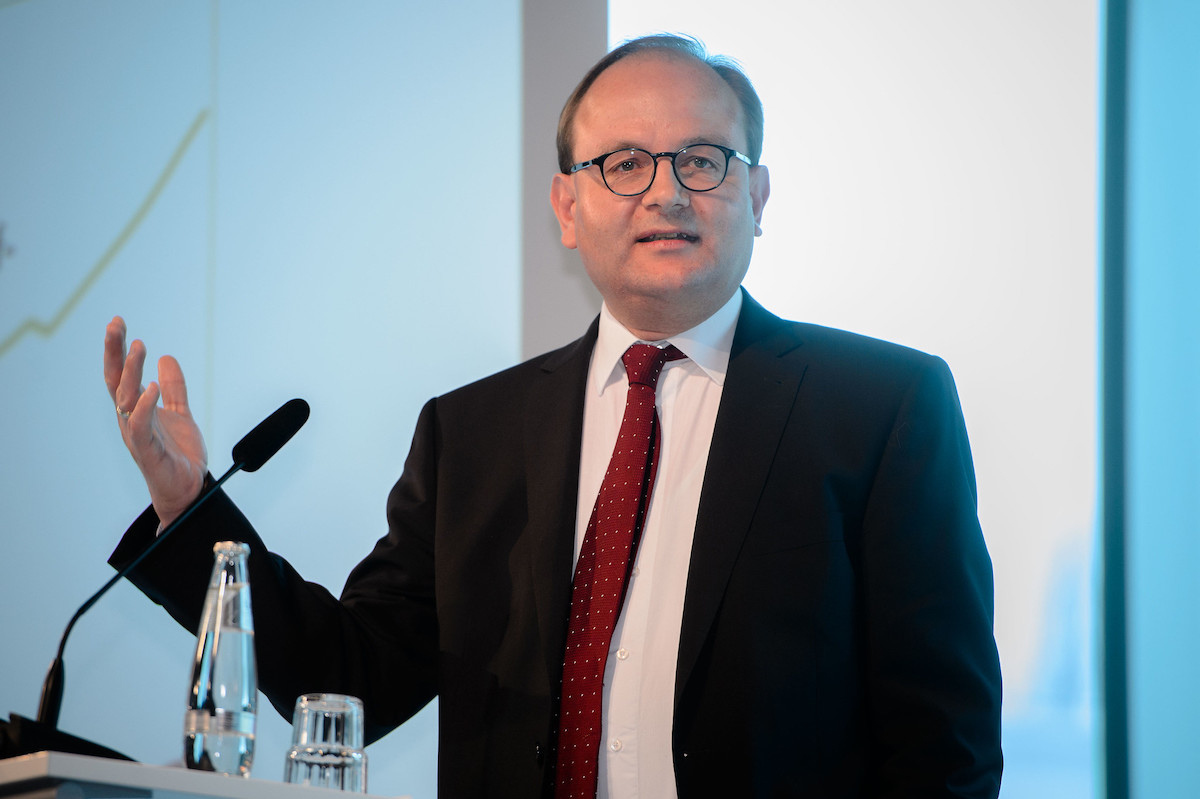 The Pope’s newly appointed scientific adviser said the coronavirus pandemic has forced world leaders to face up to the “existential risk” of the climate crisis.

Edenhofer, director of the climate research institute MCC in Berlin and the Potsdam Institute for Climate Impact Research, was appointed to provide scientific advice to the Vatican agency focusing on justice for refugees, the poor and the stateless.

His appointment follows Pope Francis’s 2019 declaration of a climate emergency in which he said failing to act would be a “brutal act of injustice” towards the poor and future generations. Edenhofer told the Guardian he hoped his input would help drive action by governments.

“Weather extremes triggered by the destabilization of our climate are already driving migration movements worldwide,” he said. “Droughts can cause simmering conflicts to flare up violently, and crop failures can drive up food prices. Unfortunately, if the planet continues to warm, migration and conflicts are likely to increase further.

“The climate issue is fundamentally also a justice issue. It is therefore both a great honour and responsibility to provide scientific advice to the Holy See on these important issues.”

Asked how climate deniers such as Donald Trump and Brazil’s Jair Bolsonaro could be persuaded to change, Edenhofer said: “I think it’s impossible to convince Donald Trump. But other leaders like Joe Biden, and also in China leaders are convinced. China is fully aware it will suffer from the impacts of climate change on water supply, which will cause huge problems.

“Protecting citizens is one of the main works of governments and governments cannot ignore existential risks. Because of (COVID-19), international leaders are more aware of ‘fat tail’ risks, those of low probability but with the potential for huge damage. And in poor countries, the impact of climate change is not about a possibility in the future but is being felt today.”

Edenhofer said the Pope’s stark message on the crisis was important not only for Roman Catholics, but for evangelical Christians.

“We cannot underestimate the Pope is basically speaking for 1.3 billion people. I would even argue the message the Pope sends to the world is also important for evangelical Christians, who have a huge problem so far in recognizing climate change as an important issue. Because most of them see this as a kind of western European left-wing agenda. The Pope makes very clear this is something which is not a partisan issue but it is something which is important for the whole world.

“I’m very happy that the Pope and the Catholic Church as a global player have taken on responsibility to care about this issue. The Catholic Church represents a socially conservative people and it is important the church can speak to these people.”

The economist, who served as co-chair on the UN’s Intergovernmental Panel on Climate Change working group on mitigation from 2008 to 2015, has also worked with Cardinal Peter Turkson of Ghana, the man behind the radical call to action on climate change.

His role, he said, was to update the Vatican on the scientific impacts of such changes on human development.

“Justice and peace for migration was always an issue of the Catholic Church. But now, the care of the global commons, including biodiversity laws, climate change, land degradation, they are an integral part of human development and I see this as a very, very important step.”

Among the topics for papal discussion, he said, will be climate refugees and compensation for poorer countries from richer countries more responsible for toxic emissions.

“They (richer countries) have a moral obligation to reduce emissions and achieve carbon neutralization and at the same time, they have to compensate people in the developing countries for climate damages. There’s no doubt about this.”

The Vatican, which Edenhofer said was responsible for persuading Poland to sign up to the Paris climate agreement, is expected to play an important role at the climate summit in Glasgow later this year.