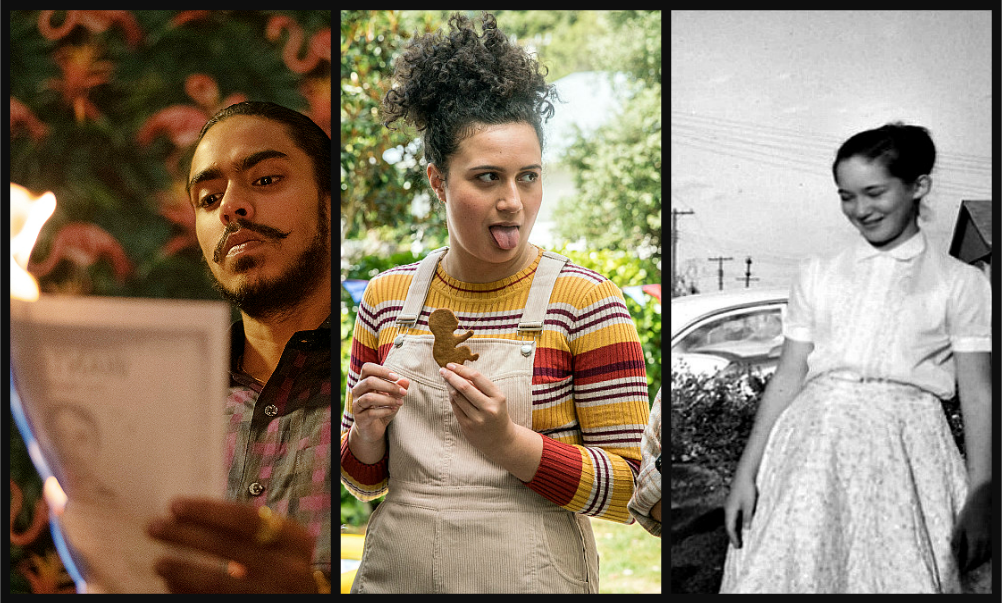 Even with the theatres closed, the Oscar lists are being filled. And some of them are big. Because of new qualifying rules brought on by the pandemic, there are 240 full-length documentaries eligible, far more than ever before. Some, like The New Corporation, First We Eat and Gordon Lightfoot are Canadian. The list will be culled to 15 soon and eventually to five. The awards are scheduled for April.

Meanwhile, the Vancouver Short Film Festival is on through Sunday, and these six new movies are streaming.

THE WHITE TIGER: Here’s a film that’s rich with themes and cutting observations about modern life, mostly about India where it takes place, but in a way just could be about anywhere. It shows the struggle to better yourself, stop being a servant, move up in class and bear the moral sacrifices you have to make to get there. Those ideas are in sharp focus in India’s class system, where, as the main character puts it, the only way out of poverty is crime or politics. Balram, played by newcomer Adarsh Gourav, starts with simple lying. He takes a job as a driver before he even has a licence. It’s OK in his mind because his employer is the son of the ruthless landlord who keeps people poor back in his home village.

He’s a servant, but not much longer. We see his rise in flashbacks after he has made it as an entrepreneur. He puts up with condescending treatment and substandard living quarters. He’s asked to take the blame for a car accident his boss’s wife caused that killed a child. Widespread corruption outside is a model for how to get ahead. The story is from a Man Booker-winning novel by Aravind Adiga (born in India) and is directed by Ramin Bahrani (born in North Carolina). They were classmates at Columbia University. Their film is lively, realistic, comic at times, very smart about class systems, and quite a counter to Slumdog Millionaire. As Balram says: "Don't think there's a million-rupee game show you can win to get out of it." (Netflix) 3½ out of 5

BABY DONE: Here’s a comedy from New Zealand that’s agile, pure fun and also charming, largely because the actors in it are just that. The story is a favourite in the movies: A baby is coming and how will life change for the couple having it? Zoe, played by Kiwi TV comedian Rose Matafeo, is initially in denial (that could be a tapeworm in the first ultrasound) and then terrified that she can’t do what she wants.

Her immediate concern is a world championship tree-climbing contest she wants to get to in British Columbia. She works as an arbourist, and we see her do a lot of climbing and cutting. Her guy, Tim (Matthew Lewis) also has a pre-fatherhood bucket list. Bungee jumping for one, and, another that he accidentally blurts out: A threesome with Zoe and her best friend. That’s typical of the dry humour here, mostly subtle, occasionally broad, but very entertaining. One exception: A character described as a preggophile. The rest plays gently and resonantly on every parent-to-be’s concerns: restrictions and change. There were good hands in charge. Director Curtis Vowell, and writer Sophie Henderson are husband and wife, and Taika Waititi oversaw it as executive producer. (Via on demand and digital platforms.) 4 out of 5

JUDY VERSUS CAPITALISM: You get a graceful portrait of the iconic Toronto-based activist and commentator Judy Rebick in this film. It’s factual and opinionated because it’s based on her book Heroes in My Head and her own memories, which she speaks right into the camera. There are dreamlike interludes created by the director, Mike Hoolboom, a veteran of independent Canadian documentaries. What I didn’t get much of is the “versus capitalism” part. It’s in her background. She has been prominent in far-left groups including the Trotskyites and was rebuffed for her radicalism by the New Democratic Party. There’s a brief pro-Palestinian demonstration here, but mostly the film tells of her work for women’s rights, especially access to safe abortions.

She talks forcefully about “the male-dominated world,” women discovering who they are, and the sexual harassment they used to have to “just live with.” On the abortion issue, she became known as “the girl from the clinic,” and in a news clip (shown here in extreme slow-motion), the woman who protected Dr. Henry Morgentaler from a garden-shears-wielding protester. Even more interesting, we get her admission (which is also in the book) that she had “dissociative identity disorder.” She suffered from depression, recalled beatings by her father, had imaginary friends who protected her, and a voice sounding like her brother coming out of her mouth. Her activism with the National Action Committee was an antidote, she says, in this candid and honest self-portrait. (The Cinematheque is streaming it for free until Feb. 4. Find it at https://thecinematheque.ca/films/2021/judy-versus-capitalism) 4 out of 5

OUR FRIEND: The story is meaningful and real, but the telling is disjointed and incomplete. Too bad, because its intentions are good. It probably worked better in its original version: An article that Matt Teague wrote for Esquire in which he wanted to talk truthfully about death. He says we do everything we can to avoid that subject. He couldn’t, though, because his wife had been diagnosed with cancer and given only months to live. His best friend moved in to help him cope and take care of his two daughters. It’s an unusual, but inspiring story.

On the screen, it’s not quite so. The actors are excellent. Casey Affleck as Teague, Dakota Johnson as his wife Nicole, and Jason Segel as the friend are all believable with heartfelt performances. And the director, Gabriela Cowperthwaite, negotiates mood changes well. But the film tells its story with multiple time changes. Flashbacks mostly. I don’t see any benefit in that approach, but it does create a bumpy, mood-breaking flow to the narrative. Worse, we don’t learn much about the friend, although the film is largely about the unusual situation of him moving in and helping out so much. Highly emotional scenes come late, but there’s too much missing before that. (Digital and on-demand.) 3 out of 5

MAKE UP: There’s style, atmosphere and imagination here, but I found this one awfully slow. Maybe on the big screen it would work better, enveloping you like a dream. But the times have forced it on to a small screen, and it’s not all that involving. The main theme is a teen girl’s confusion about sex brought on by her suspicion that her boyfriend is cheating on her. She eventually turns elsewhere. I’ll let it go at that.

Molly Windsor plays Ruth, who visits her boyfriend (Joseph Quinn) at an end-of-summer job. He cleans out and fumigates mobile homes in a trailer park (the Brits call them caravans) in windswept Cornwall. She finds lipstick traces on his mirror and strands of long hair on his sweater. She sees a woman walking around who does have long hair, but of a different colour. Ruth’s concerns turn into an obsession and it plays out in a park that’s said to be empty, although she sees lights on at night. There’s a chilly feel as the sheets of plastic draped on the trailers create a ghostly look. A second young woman arrives, paints Ruth’s fingernails and attracts her. Writer-director Claire Oakley has created a moody psychological study that’s a bit too enigmatic for me. (Video on demand and digital platforms.) 2½ out of 5

PSYCHO GOREMAN: This is billed as a family movie, but I’d be careful about that. It’s got gore and language you might not want to play out for the kids. Teenagers are a potential audience and anybody who can remember the monster movies of the 1980s. Steven Kostanski, the Canadian director the horror fans seem to revere, has made the film to feed nostalgia for those old movies. So it has a colourful, sunny look with a comic book feel and a tale with the “blood of a million dead memories.” That’s one character’s line I’m appropriating out of context here.

Brother and sister Mimi and Luke dig in their backyard and unearth a glowing red gem. We know there’s trouble coming because a narrator told us of an evil character on the planet Gigax who was stopped from eliminating all that’s “good and just” from the universe, banished to an obscure planet and buried. The kids, in effect, release him. He needs the gem. His enemies back home, known as Templars, arrive to try to stop him. The universe is at stake. It’s a fun little movie, notable for one character. Mimi, played by Nita-Josee Hanna, is a tough-talking kid who spouts lines that belong in action movies. She’ll tell anybody off and insists, “Nobody tells me what to do.” She gave the creature that title name, or PG for short. (Video on demand on platforms like Cineplex, Rogers, Shaw and Telus.) 2½ out of 5