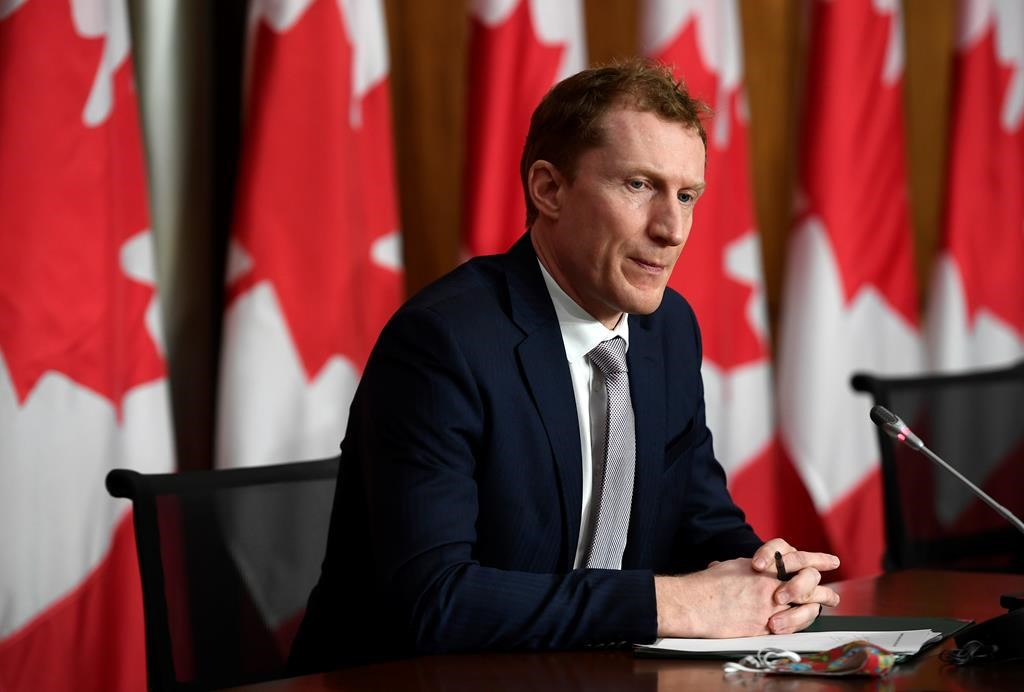 Indigenous Services Minister Marc Miller speaks during a news conference on the COVID-19 pandemic in Ottawa, on Wednesday, Jan. 27, 2021. File photo by The Canadian Press/Justin Tang
Previous story
Next story

The federal government will work with Indigenous leaders to co-develop legislation aimed at giving First Nations, Metis and Inuit people control over the delivery of health care in their communities.

Indigenous Services Minister Marc Miller announced the launch of the co-development process Thursday at the conclusion of a two-day virtual meeting on anti-Indigenous racism in Canada's health care system.

Miller said the aim is to transform health care in Indigenous communities by ensuring Indigenous control over the development and delivery of health services.

But he warned it will take some time to develop the legislation.

"If people had a solution tomorrow, it would be an entire misunderstanding of the scope of the problem."

Miller noted that the task is complicated by the fact that delivery of health care is jealously guarded provincial jurisdiction. But he said all provinces and territories were represented during the two-day meeting and all seem committed, to varying degrees, to tackling racism in the health system.

Assembly of First Nations National Chief Perry Bellegarde said the process will start with what he called "pre-engagement consultation" with Indigenous leaders "over the next few months."

He welcomed the initiative as a "step toward addressing the inequities and discrimination toward First Nations and other Indigenous Peoples in Canada’s health care systems.”

The federal government will work with Indigenous leaders to co-develop legislation aimed at giving First Nations, Metis and Inuit people control over the delivery of health care in their communities.

“Long-standing inequities, underscored by the COVID-19 pandemic, continue to result in poor health outcomes for First Nations across Canada," Bellegarde said in a statement.

Health Minister Patty Hajdu announced $4 million in support for a national consortium, led by Indigenous physicians, to implement projects to educate doctors on the provision of "culturally safe" health care that is "free from discrimination."

"One thing that I heard clearly from all participants was this is the time to act," she said.

"There was a complete acknowledgment I think by all participants that what we're doing is not working for Indigenous People, that we continue to have incidents like (Joyce Echaquan)," Hajdu said.

"It's common, it's regular and it not only creates unequal levels of care, it creates actually barriers to care."

Echaquan, an Atikamekw mother of seven, died in a Quebec hospital last September after livestreaming video of herself as she pleaded for help. The video showed two female hospital staff insulting Echaquan, including calling her stupid and suggesting she would be better off dead.