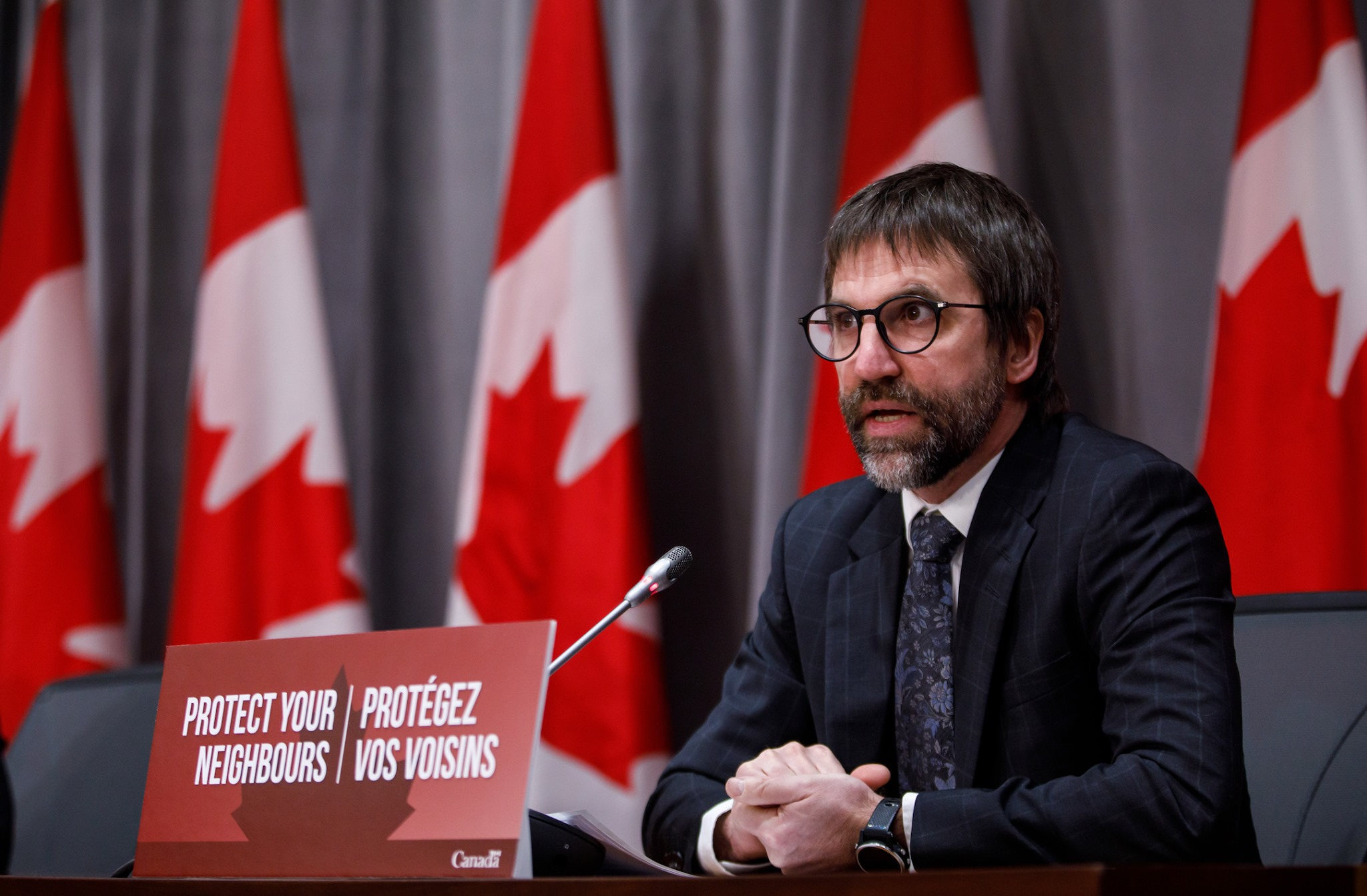 Canadian Heritage Minister Steven Guilbeault in November 2020. Guilbeault said the government is working on a regulatory framework that online platforms will have to comply with. Photo from Steven Guilbeault/Facebook
Previous story
Next story

Guilbeault spoke to the House of Commons Canadian heritage committee on Jan. 29, the anniversary of the Quebec mosque shooting. He confirmed the federal government is looking at creating a new regulator as part of promised legislation to crack down on the distribution of hate speech, child pornography and “content that incites people to violence.”

The minister said the federal departments of Canadian Heritage, Justice, Public Safety, and Innovation were working together to create a new regulatory framework that online platforms will have to comply with.

“There will be a new regulator, and their task will be to implement the new rules and also to monitor work carried out by platforms,” said Guilbeault. “The regulator will be able to impose financial penalties for non-compliance.”

Guilbeault said few countries in the world have tackled the issue, and he said he has been talking with foreign government officials to see what Canada can learn from them. One such recent conversation was with Australian eSafety commissioner Julie Inman Grant, he said.

The eSafety commissioner is an independent office supported by the national regulator, the Australian Communications and Media Authority. Its work currently involves responding to illegal or harmful content and abuse involving shared images or video, as well as administering a “formal investigation and reporting scheme” for banned content and “abhorrent violent material.”

Australia is also consulting on updates to its Online Safety Act that would set “basic online safety expectations” for social media and other internet services, with “mandatory reporting requirements,” and a new system for removing “serious online abuse and harassment.”

Grant would also be given the power to “respond rapidly to an online crisis event, such as the Christchurch terrorist attacks,” where a gunman live-streamed his killing of 51 people at two mosques in New Zealand. Grant would be able to ask internet service providers to block access to websites hosting the content.

Canada is looking at Australia's experience as it prepares legislation to regulate social media companies for harmful content. Minister @s_guilbeault said Canada's forthcoming regulator will have the power to impose financial penalties.

“Recently, I had a conversation with Australia’s eSafety commissioner to understand how they implemented their program and which things we should be cautious about,” said Guilbeault.

“For example, there are concerns surrounding freedom of expression, which has been an important part of Canadian laws through history. We will look at how to reproduce the same framework in the physical world and the virtual world.”

Guilbeault’s comments come the same week that the Canadian Commission on Democratic Expression released its nine-month study on the issue — recommending a federal statutory “duty to act responsibly,” backed in part by a new regulator overseeing a code of conduct for the industry.

In its study, the commission also advocated that this new regulator be given “the ability to impose fines or administrative penalties for violations.” It said the level of the penalty should be based on “severity, frequency and repetition, as well as the size and reach of the regulated party in question.”

The main social media companies used by Canadians have “extraordinary financial resources,” the commission noted. Google’s parent company, for example, had a market value in 2020 of US$1.2 trillion, which is three-quarters of Canada’s entire GDP, it said, while Facebook’s was US$778 billion and Twitter’s was US$43 billion.