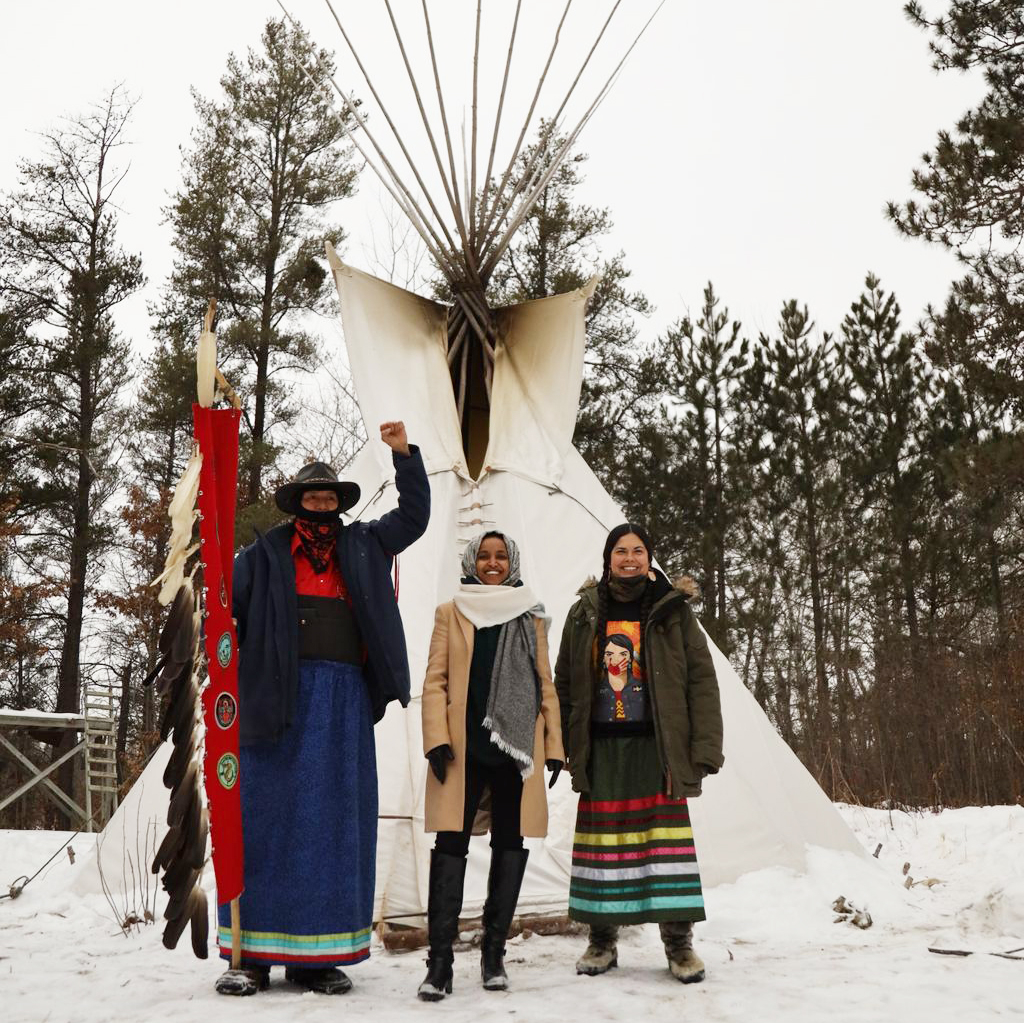 Canada’s federal government is voicing its support for Calgary-based Enbridge’s Line 3 project in northern Minnesota as opposition to the pipeline’s construction intensifies.

Canadian Ambassador to the United States Kirsten Hillman has “underscored” to both federal and state-level U.S. officials the importance to both nations of “energy security and the free flow of resources over our shared border,” according to the office of Natural Resources Minister Seamus O’Regan.

“We support the Line 3 Replacement Project," O’Regan’s press secretary Ian Cameron told Canada’s National Observer, noting that construction was complete on the Canadian side of the border. “We look forward to working with the secretary of energy in the U.S. on this and other issues, once they are confirmed.”

The comments come as the administration of U.S. President Joe Biden makes fighting the climate crisis a top priority, already moving swiftly to cancel the Keystone XL pipeline, over Prime Minister Justin Trudeau’s objections. Opponents of Line 3 want Biden to follow up that decision with another that yanks a water permit for the pipeline.

It means Trudeau’s cabinet is on the opposite side politically as some of the more progressive politicians in the U.S., such as Rep. Ilhan Omar, who represents Minnesota's fifth district and is the whip for the Congressional Progressive Caucus. On Jan. 30, Omar met with Indigenous leaders organizing against Line 3.

“We owe it to future generations, to the Indigenous communities we've signed treaties with and to every living being on this planet to stop building fossil fuel infrastructure,” Omar said. Her visit was followed by the release of an open letter in the Star Tribune, the largest newspaper in Minnesota, that was signed by famous music acts like Bon Iver and Pearl Jam.

Enbridge is in the process of building a bigger Line 3, its 1960s-era pipeline that travels 1,660 kilometres from Edmonton, Alta., across the Canada-U.S. border, through Minnesota to the western edge of Lake Superior, where it feeds Enbridge’s Line 5 pipeline and its Great Lakes pipeline network.

After many decades of use, Line 3 has been deteriorating and its capacity has dropped. Enbridge is replacing it with a wider pipe that it says will carry much more oil — 760,000 barrels per day of light, medium and heavy crude — to refineries in the Midwest and Eastern Canada.

In December, the company started construction on the pipeline segment in Minnesota after finishing construction on other segments on the Canadian side and in Wisconsin and North Dakota.

Canada’s federal government is voicing its support for Calgary-based Enbridge’s Line 3 project in northern Minnesota as opposition to the pipeline’s construction intensifies. #cdnpoli

The new pipeline would “improve the integrity of the pipeline network, reduce the transportation of oil by rail and on public roads, and increase environmental safety," said Cameron.

Trudeau spoke with U.S. Vice-President Kamala Harris on Monday, and while the prime minister’s readout of the conversation did not mention any specific pipeline by name, it said he underlined “the importance of strengthening North American energy security.”

The pipeline has faced mounting opposition from critics who point out that new fossil fuel infrastructure will delay the energy transition needed to slow the climate crisis. The pipeline also traverses ecologically sensitive lands, and opponents say it would “threaten drinking water for millions” and trample Indigenous rights.

The Red Lake Band of Chippewa, the White Earth Band of Ojibwe, the Sierra Club and Honor the Earth have filed a lawsuit asking for an injunction to stop construction. There is also an opposition camp near Park Rapids, Minn.

“These projects are not really viable,” said Lindsey Bacigal, director of communications at Indigenous Climate Action. “If it gets to the point where it gets cancelled, I think it’s really symbolic and representative of the fact that pipelines are being replaced with better and cleaner sources of energy.”

Bacigal said there has been cross-border social media and other forms of digital support for Honor the Earth and other Indigenous climate opposition in the absence of more support on the ground due to health restrictions from the ongoing COVID-19 pandemic.

She said the Canadian federal government’s support for Line 3 means “multiple members of government are really just doubling down on the oil industry.”

Line 3 opponents want Biden to revoke a key federal permit issued by the U.S. Army Corps of Engineers on Nov. 23, 2020 covering impact on waters from construction during the Line 3 replacement project. The corps said it had determined the project was in the public interest and was also “compliant with all federal laws and regulations.”

Enbridge says the work is necessary for safety reasons, and the company also notes the project passed six years’ worth of permit and regulatory reviews, including dozens of public comment meetings and an Obama-era consent decree.

“Enbridge has demonstrated ongoing respect for tribal sovereignty,” said Enbridge spokesperson Juli Kellner. She said Line 3 was routed outside of the Leech Lake Band of Ojibwe Reservation and through the reservation of the Fond du Lac Band of Lake Superior Chippewa “as the result of negotiations with tribal leadership.”

Enbridge has spent $180 million on the project “specifically with tribal nations, communities and contractors,” Kellner added, and 300 Indigenous men and women are working on the project, or nine per cent of its workforce.

Bacigal said that kind of approach highlights how Indigenous communities are put into paradoxical situations when it comes to fossil fuel infrastructure.

“We have to choose between something that can maybe help to prop up our economy, but then is going to violate the lands and the waters and can have these long-term impacts,” she said.

Thank you for this article. I've read a number on Line 3 over the past week or so, and this is the *first* one to mention anything but the replacement of the under-water pipes that Enbridge wants to replace with deep-buried piping that would be run through a huge plastic culvert; the culvert would pass through a channel in the rock bottom of the lake, and then cemented in place with concrete. Some burial.
This is the first I've come across information about anything other than replacing that under-water piece.
Nothing about increased capacity. Nothing about new pipe being connected to the "under-pass."
To me, that sort of tunnel vision seems wilful, at best. But maybe it's one-sided reportage geared to make the opponents seem extreme.