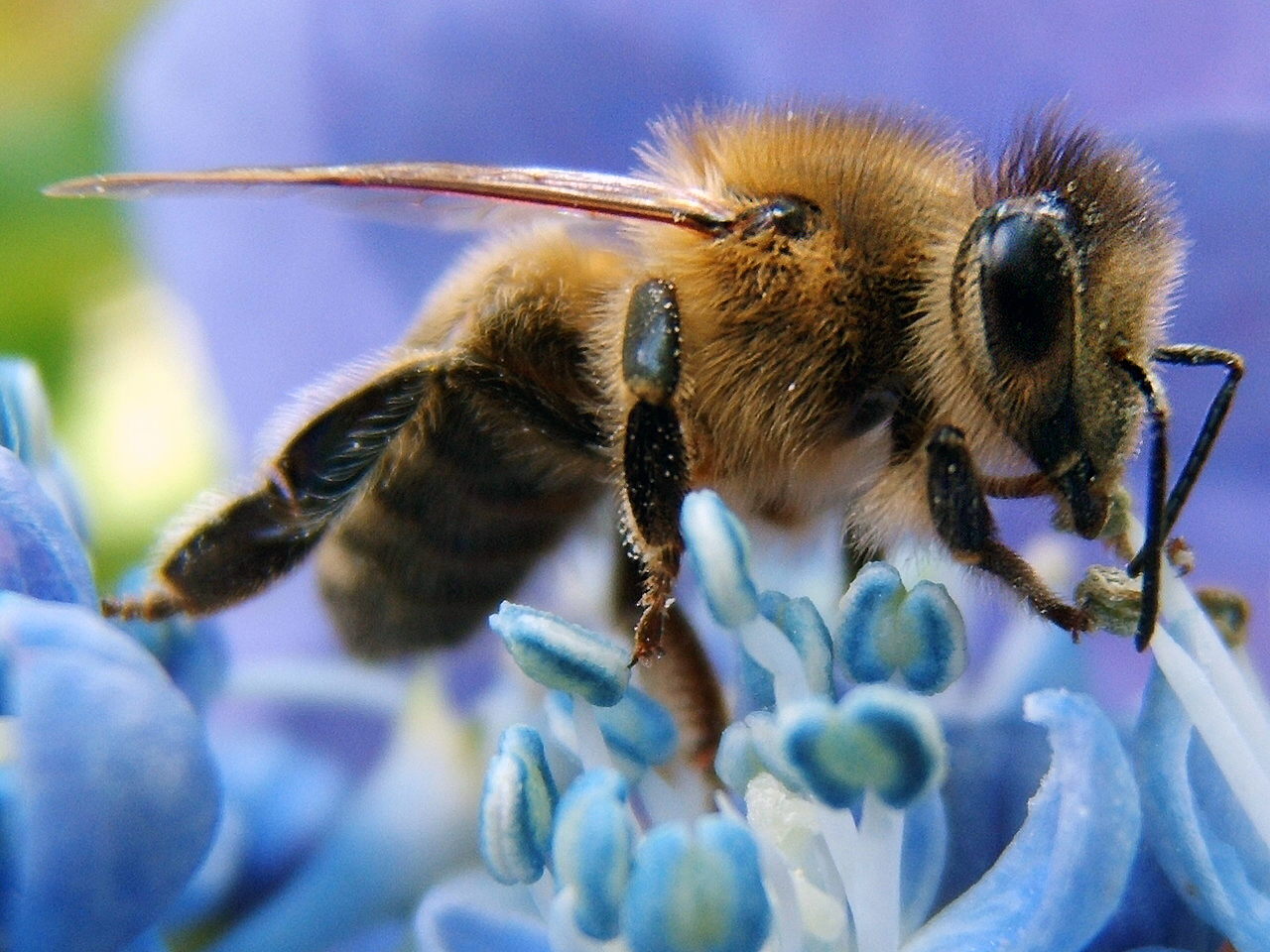 Researchers estimate about a quarter of the 20,000 bee species thought to exist worldwide are in decline. It's a concerning trend, with bees and other pollinators essential to the survival of about 85 per cent of crops. Photo by Ricks/Wikimedia Commons
Previous story
Next story

Almost a quarter of the estimated 20,000 bee species on Earth may be in decline, researchers have found. The January study is the first time the well-being of pollinators has been assessed on a global scale, with previous concerns of declining wild pollinator populations based on local or regional studies.

About 85 per cent of crops worldwide — everything from cherries to canola — rely on pollinators to bear fruit, and without them, food systems globally would likely collapse. Yet despite their critical role, little is known about wild pollinator population health. Historical data is patchy or non-existent. And despite surging interest in recent years, entomologists are scrambling to understand baseline population dynamics before they change irreversibly.

“For certain species, we have good records. We can say (they) look like they’re declining, or are relatively stable, or even increasing,” said Nigel Raine, an expert in pollinator conservation and a professor at the University of Guelph who was not involved in the study. The most comprehensive historical records are in Europe, he said, where “Victorian gentle-folk” created early taxonomic collections. North America, like most other regions worldwide, only has “patchy” data.

“(It’s) not the sort of long-term data that we might hope to see if we’re trying to draw conclusions about declines or relative abundance, or even the distribution of species within the range,” Raine said.

Longevity isn’t the only issue. Until recently, entomologists didn’t use standardized methods to collect and measure insect populations. Instead, they often focused on finding and collecting rare or “charismatic” organisms, Raine said. That myopic focus means that even decades-old collections often can’t provide researchers clear answers about past pollinator populations in entire regions or ecosystems.

“Many of these (early) insect collectors were very devoted folk who walked around the countryside to collect,” he said. “(But) they were collecting rare species, while the common species found in that environment were basically neglected ... compared to today’s highly measured (collection) methodology.”

It’s a problem acknowledged by the study's authors. The team used the Global Biodiversity Information Facility, an international network of biodiversity data sourced from institutional collections like the Canadian National Collection of Insects, Arachnids, and Nematodes. It’s the world’s only global database on insect biodiversity, meaning the team had to make do with its heterogeneous data to paint a global picture of pollinator diversity.

Those data show a clear decline, the researchers said, that could be driven by two possible causes. The best-case scenario is that bee population data collection has withered since the 1990s, leading to a decline in bee sightings even if their populations are stable or increasing. However, “given the current outlook of global biodiversity, it is more likely that these trends reflect … declining bee diversity.”

About 85 per cent of crops worldwide — everything from cherries to canola — rely on pollinators to bear fruit. Without them, food systems globally would likely collapse. #bees #environment #crops

“(B.C.’s bees) seem not to be showing signs of imminent collapse,” he said. “Now, don’t see this as a reason for complacency and sitting back and relaxing. We see serious problems on the horizon.”

Wild bee habitat — natural spaces teeming with a diversity of plants — is being rapidly destroyed by development and industrial agriculture, van Westendorp said. Monocultures, like many of B.C.’s large blueberry farms, are particularly harmful. Bees gorge on the plants’ pollen the few weeks of the year when the fields are blooming. Then they are left to starve when the blossoms die because there are too few blooming flowers close to their nests, he said.

That means the key to helping native pollinators is “to set the dining table for them,” van Westendorp said. Planting flowering plants throughout the province — from the hedgerows lining farm fields to urban backyards — is an essential step to keeping their populations healthy. But we should also be thinking more broadly than garden boxes, he said, and prioritize pollinators as we shape the future of our planet’s landscapes.

“Society has often viewed (pollinators) as being kind of taken for granted,” he said. “Now we’re starting to learn that they are not always going to be there and that … society has a collective footprint that is seriously threatening biodiversity in its entirety, not just pollinator species.”