Schools in and around COVID-weary Toronto to reopen Feb. 16 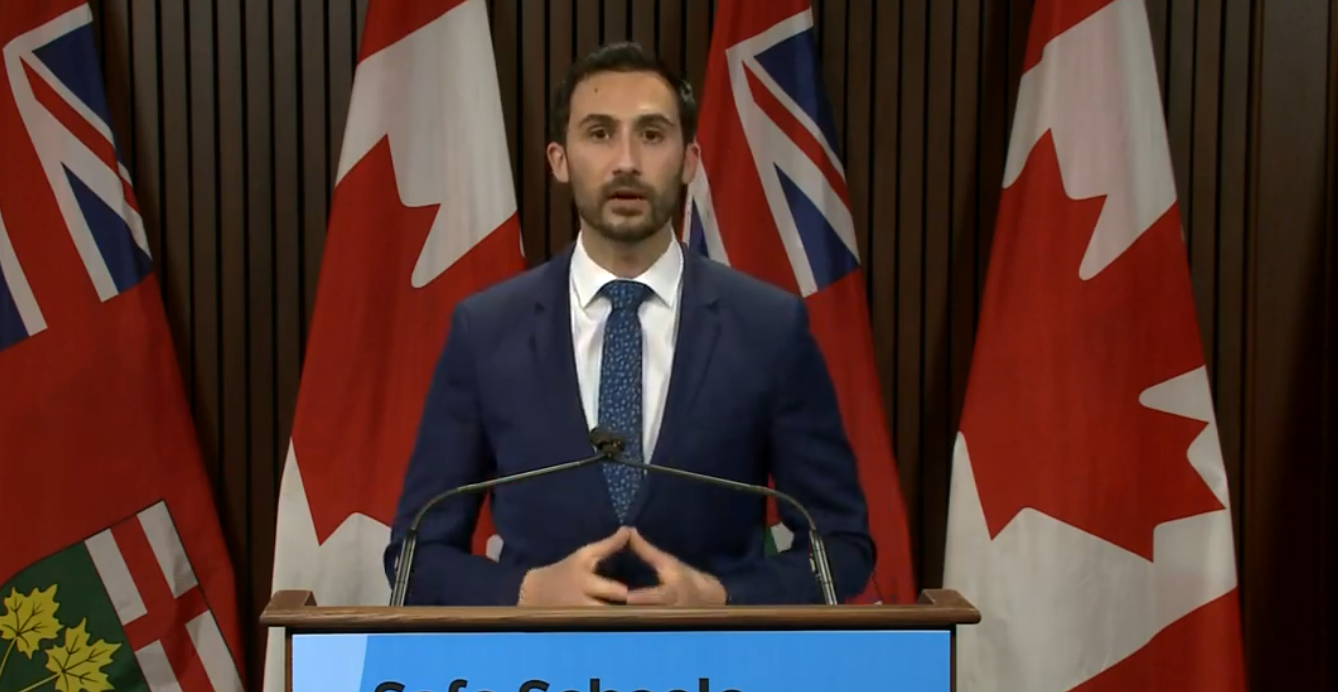 Students in Toronto and neighbouring Peel and York regions will spend another week learning virtually and can return to classrooms on Feb. 16, Ontario’s education minister and chief medical officer of health said Wednesday.

Schools in a string of less-populated regions, including Hamilton, Waterloo, Halton and Windsor, will reopen on Feb. 8, with emergency child care to be withdrawn in those areas at the end of this week since before and after school programs will also resume.

“We're at a point now in the community where we’re able to do it (reopen schools) with a level of confidence, both in capacity and in the broader health indicators that exist,” Education Minister Stephen Lecce said at a news conference.

The decision to reopen classrooms comes at a critical juncture, with the number of new COVID-19 cases falling back from a second wave peak, but with more contagious variants now emerging in the province.

Ontario's three largest regions, with a combined population of more than five million people, have consistently recorded the province’s highest tally of COVID-19 cases, but total new infections are now back down to around the rates seen just before schools closed for winter break in December.

Dr. David Williams, the province’s chief medical officer of health, said that the decision to delay the return to GTA classrooms came in response to input from local health and school authorities.

“We were prepared to open all on the 8th, but part of that is consulting with the local medical officers of health, and then they discuss things with the boards of education in each of their jurisdictions,” he said.

Marit Stiles, the opposition NDP’s education critic, said Lecce failed to explain how the government made its decision and did not announce the type of safety measures needed.

Students in and around Toronto will be able to return to classrooms starting Feb. 16, but critics say the government has not done enough to make them safe. #OntEd #onpoli

She called for the government to cap class sizes at 15, initiate a comprehensive program of in-school testing, and provide paid sick leave so parents can afford to stay home if their children are potentially infected.

“Sending students and staff right back to schools without substantial new protections could doom us to repeat the pattern of more spread, more illness and more missed school days,” she said in a statement.

Mike Schreiner, leader of the provincial Greens, agrees that a return should be matched with a clear plan to deploy rapid tests and to keep class sizes small enough to enable physical distancing.

He said keeping schools open will require a further fall in overall spread in the community, and that the Ford government should expand testing and contact tracing efforts to keep other workplaces safe.

“We know the resources and funds are there — so premier, I urge you to use them,” he said in a statement.