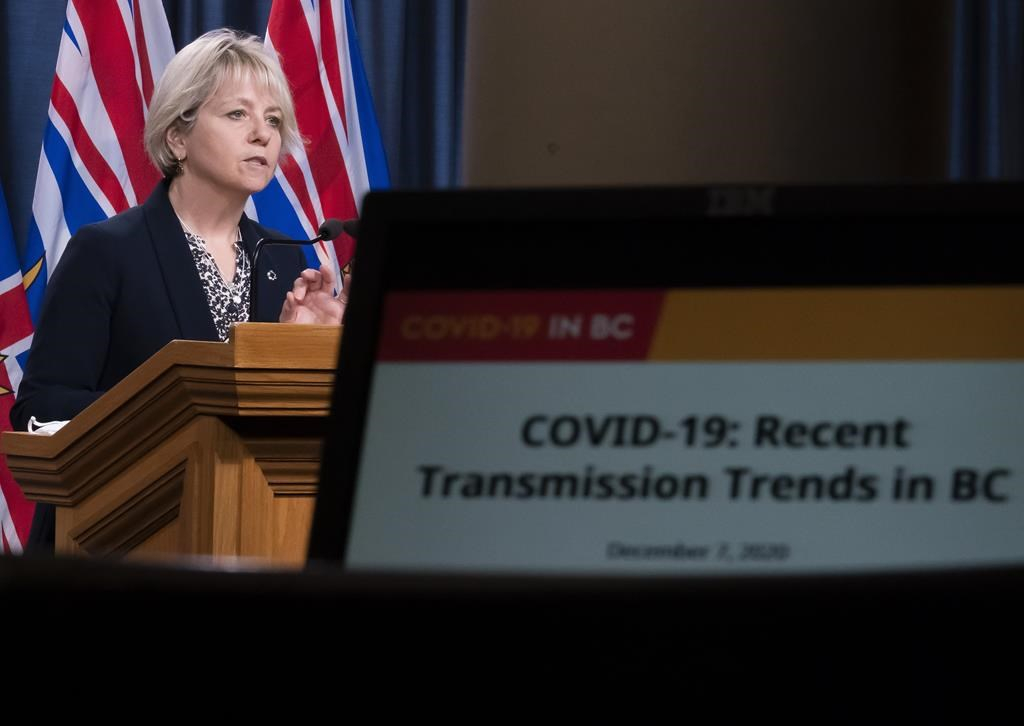 Restrictions on social gatherings and events to contain the spread of COVID-19 are supposed to lift in British Columbia today, but the provincial health officer has indicated that may not happen.

Dr. Bonnie Henry imposed limits back in November as case counts rose, saying there would be no social gatherings with people who aren't in the same household.

Henry and Health Minister Adrian Dix are expected to release the latest modelling numbers for the province and address the question of restrictions today.

Both Henry and Dix urged residents during their last news conference not to make any plans outside their household for Super Bowl Sunday.

Henry said they have concerns about the new and faster-spreading variants of COVID-19 in other jurisdictions and they don't want them to spread in B.C.

B.C. reported 465 new cases on Thursday, a downward trend that Henry and Dix said in a statement they would like to see continue, but there's concern that the Super Bowl could be a super-spreading day.