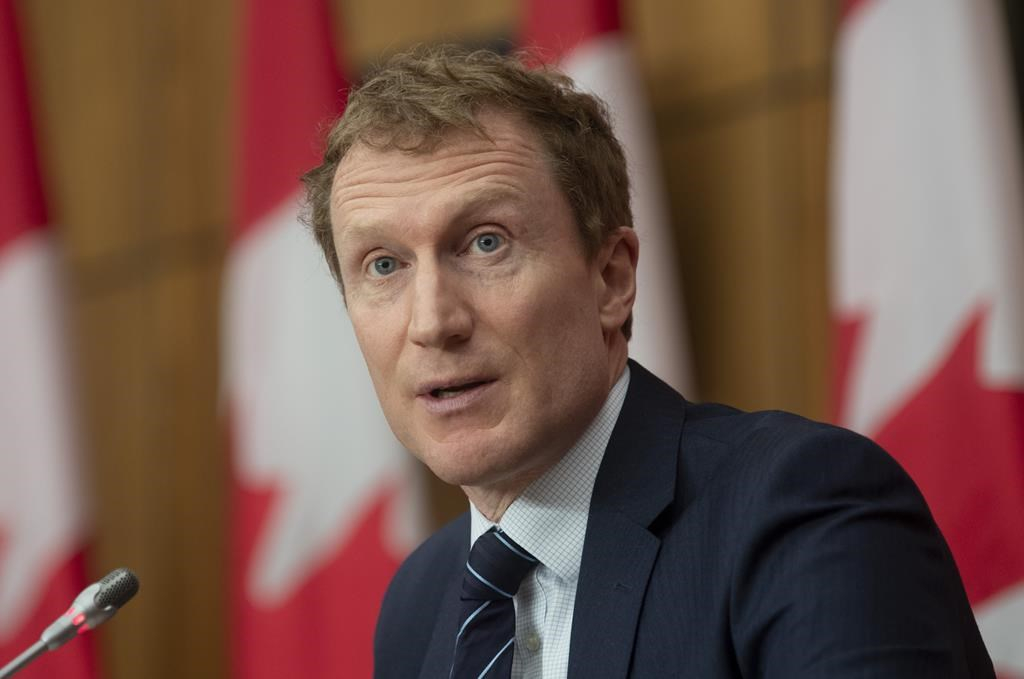 Indigenous Services Minister Marc Miller responds to a question during a news conference on Thursday, Feb. 4, 2021 in Ottawa. Photo by The Canadian Press/Adrian Wyld
Previous story
Next story

The high uptake of COVID-19 vaccines in Indigenous communities might show a level of trust in the government but it remains "thin," Indigenous Services Minister Marc Miller said Thursday as he outlined next steps to tackling racism in health care.

The federal government is launching consultations on distinctions-based health legislation, to be co-developed with First Nations, Métis and Inuit, to ensure Indigenous Peoples have control over the development and delivery of their health services.

Ottawa has committed $15.6 million over two years to the process, as mentioned in the 2020 fall economic statement, which Miller said will include working with Indigenous partners to increase knowledge of Indigenous practices, anti-racism training for physicians, and striving for greater representation of Indigenous people in the health field.

"We can no longer remain idle in front of this flagrant infringement of human rights and our basic Canadian values," Miller said at a news conference in Ottawa.

Last fall, Miller convened an urgent meeting on anti-Indigenous racism in health care after Joyce Echaquan, a 37-year-old Atikamekw woman, died last September in a Joliette, Que., hospital after she filmed staff making derogatory comments about her. The video was shared around the world.

"It was a manifestation of a problem that happens all too often in our health-care system. It took social media to bring it back to the attention of all Canadians."

A second meeting, attended by First Nations, Métis and Inuit leaders, along with several cabinet ministers and representatives from provincial and territorial governments discussed took place last week. They focused on what could be done about it.

"One thing is clear, very clear: a significant amount of work remains to be done," Miller said.

Meanwhile, Indigenous Services Canada said more than 64,000 doses of COVID-19 vaccines have been administered to people in 320 First Nations and Inuit communities so far, with 75 more clinics expected in communities across Canada in coming weeks.

The department also said the number of active COVID-19 active cases in First Nations communities has declined to the lowest point since early December with 1,869 active cases reported as of Wednesday.

Miller said there is a "very thin level" of trust between Indigenous people and the government, and that's an extra hurdle the government needs to overcome.

"Based on some of the (vaccination) numbers that I'm seeing, that we're seeing as a team, that trust, as thin as it may be, is there," he said.

Miller said misinformation that spread quickly on social media can create skepticism about vaccines but Canadian history shows that when it comes to the treatment of Indigenous people, that skepticism is merited.

"It is an additional challenge," Miller said.

Dr. Tom Wong, chief medical officer of public health at Indigenous Services Canada, said there are historic reasons that make Indigenous people more hesitant, including colonization, residential schools and medical experiments having been performed on Indigenous people without prior free and informed consent.

"Trust is earned," he said.

Wong said the department is working on a plan with provincial, territorial and Indigenous partners to vaccinate all Indigenous adults before the summer.