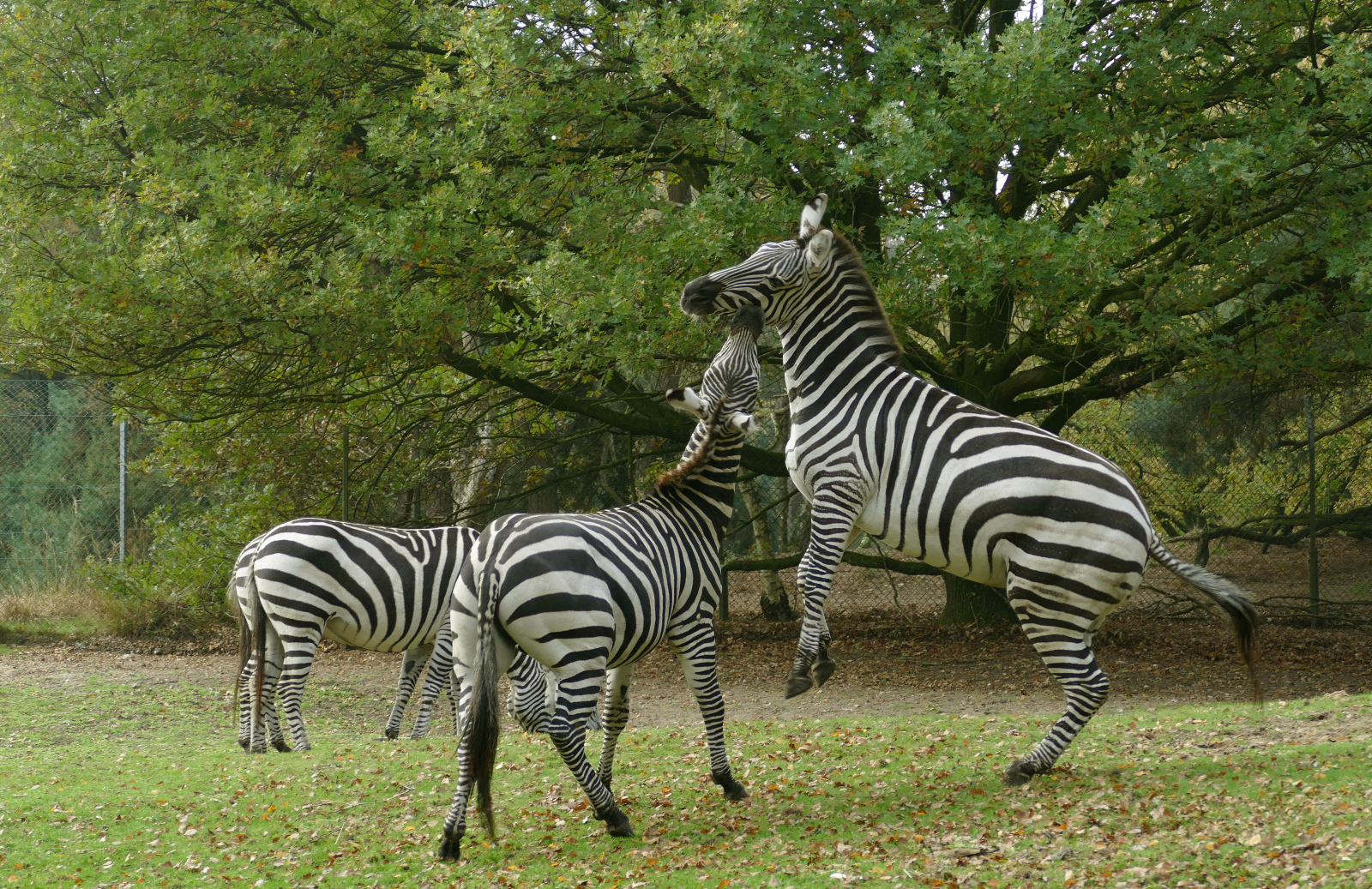 A pair of zebras fighting with another in the background in November 2007. Photo by Marie van Dieren / Wikimedia Commons
Previous story
Next story

The global food system is the biggest driver of destruction of the natural world, and a shift to predominantly plant-based diets is crucial in halting the damage, according to a report.

Agriculture is the main threat to 86 per cent of the 28,000 species known to be at risk of extinction, the report by the Chatham House think tank said. Without change, the loss of biodiversity will continue to accelerate and threaten the world’s ability to sustain humanity, it said.

The root cause is a vicious circle of cheap food, the report said, where low costs drive bigger demand for food and more waste, with more competition then driving costs even lower through more clearing of natural land and use of polluting fertilizers and pesticides.

The report, supported by the UN Environment Programme (UNEP), focused on three solutions. First is a shift to plant-based diet because cattle, sheep and other livestock have the biggest impact on the environment.

More than 80 per cent of global farmland is used to raise animals, which provide only 18 per cent of calories eaten. Reversing the rising trend of meat consumption removes the pressure to clear new land and further damage wildlife. It also frees up existing land for the second solution, restoring native ecosystems to increase biodiversity.

The availability of land also underpins the third solution, the report said, which is farming in a less intensive and damaging way but accepting lower yields. Organic yields are on average about 75 per cent of those of conventional intensive farming, it said.

Fixing the global food system would also tackle the climate crisis, the report said. The food system causes about 30 per cent of all greenhouse gas emissions, with more than half coming from animals. Changes to food production could also tackle the ill health suffered by three billion people, who either have too little to eat or are overweight or obese, and which costs trillions of dollars a year in health care.

“Politicians are still saying ‘my job is to make food cheaper for you,’ no matter how toxic it is from a planetary or human health perspective,” said Prof. Tim Benton, at Chatham House. “We must stop arguing that we have to subsidize the food system in the name of the poor and instead deal with the poor by bringing them out of poverty.”

Benton said the impact of the food system on climate and health was becoming widely accepted but that biodiversity was too often seen as a “nice to have.”

The only way to save species at risk is to move to #plantbased diets. #biodiversity

Susan Gardner, director of UNEP’s ecosystems division, said the current food system was a “double-edged sword” providing cheap food but failing to take into account the hidden costs to our health and to the natural world. “Reforming the way we produce and consume food is an urgent priority,” she said.

Jane Goodall, the renowned conservationist, said the intensive farming of billions of animals seriously damaged the environment and inhumane crowded conditions risked new pandemic diseases crossing into people: “It should be phased out as soon as possible.”

On Tuesday, a landmark review by Prof. Sir Partha Dasgupta concluded the world was being put at extreme risk by the failure of economics to take account of the rapid depletion of biodiversity.

The Chatham House report said the world had lost half its natural ecosystems and that the average population size of wild animals had fallen by 68 per cent since 1970. In contrast, farmed animals, mainly cows and pigs, now account for 60 per cent of all mammals by weight, with humans making up 36 per cent and animals just four per cent.

In reforming the global food system, “the convergence of global food consumption around predominantly plant-based diets is the most crucial element,” the report said. For example, it said, a switch from beef to beans by the U.S. population would free up fields equivalent to 42 per cent of U.S. cropland for other uses such as rewilding or more nature-friendly farming.

In another example, the report said if the permanent pasture around the world that was once forest was returned to its native state, it would store 72 billion tonnes of carbon — roughly equivalent to seven years of global emissions from fossil fuels. Benton said the report was not advocating that all people should become vegan, but should follow healthy diets that are as a result much lower in meat.

The year ahead offers a potentially unique opportunity to redesign the global food system, the Benton said, with major UN summits on biodiversity and climate, as well as the world’s first UN Food Systems Summit and an international Nutrition for Growth summit. The large sums being spent by governments as nations recover from the COVID-19 pandemic also provide opportunities for “policymaking that affords equal priority to public and planetary health,” the report said.

Philip Lymbery, at Compassion in World Farming, said: “The future of farming must be nature-friendly and regenerative, and our diets must become more plant-based, healthy and sustainable. Without ending factory farming, we are in danger of having no future at all.”